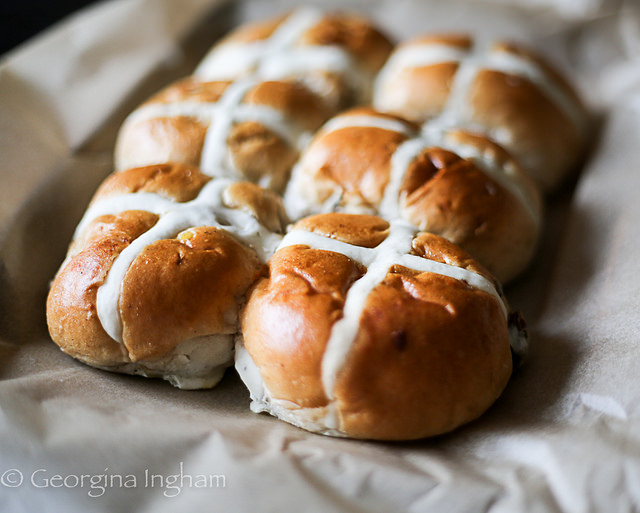 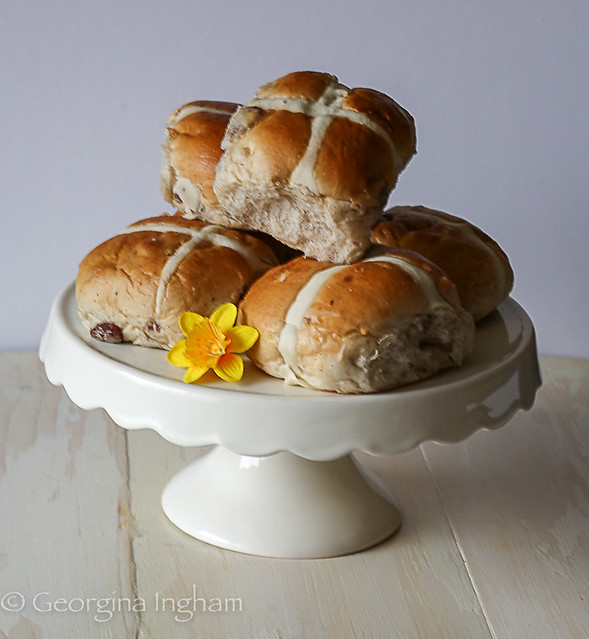 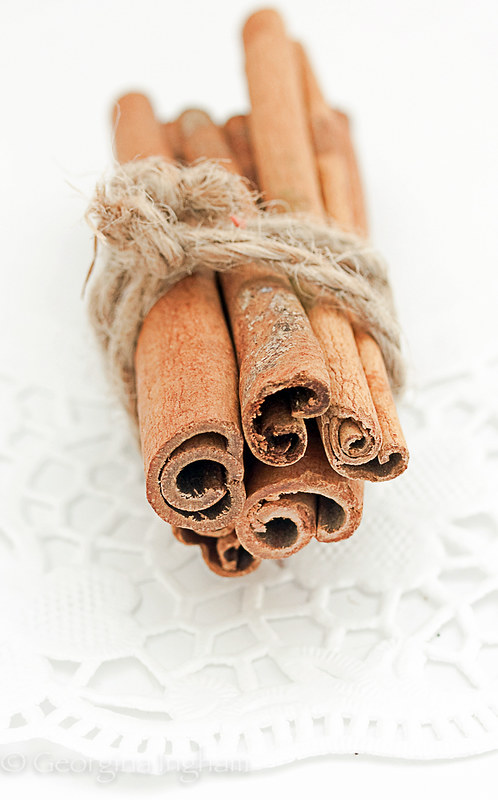 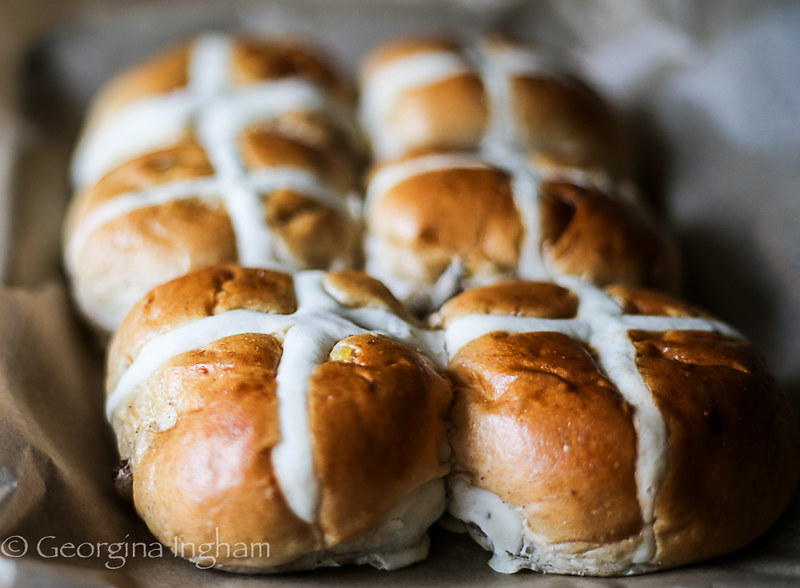 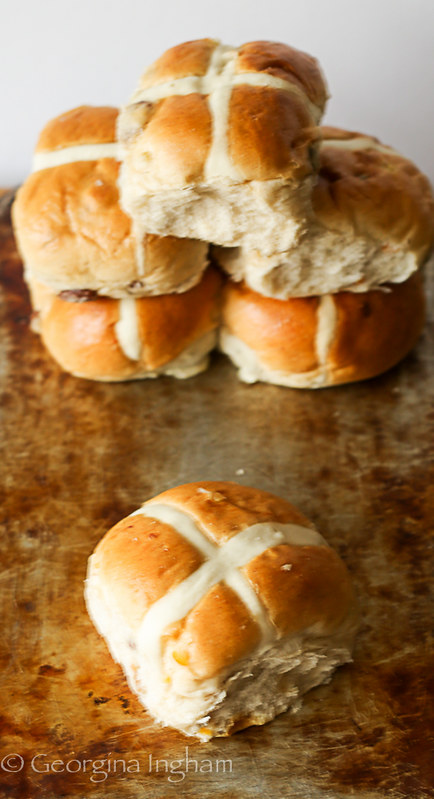 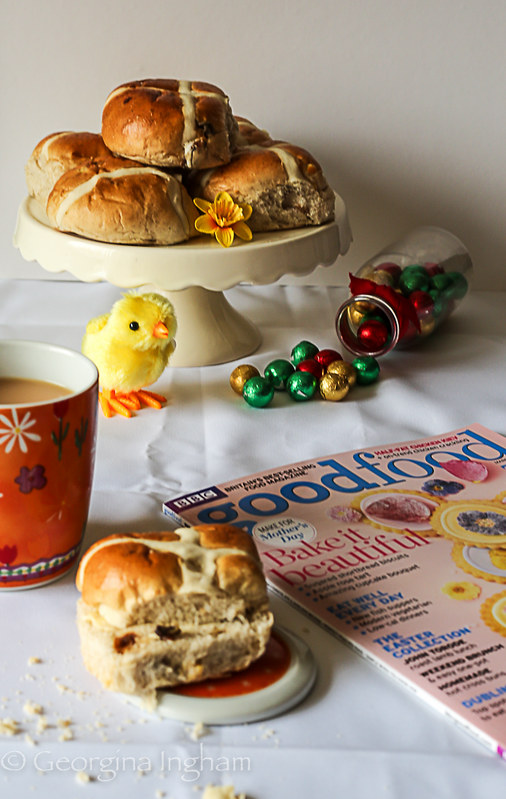 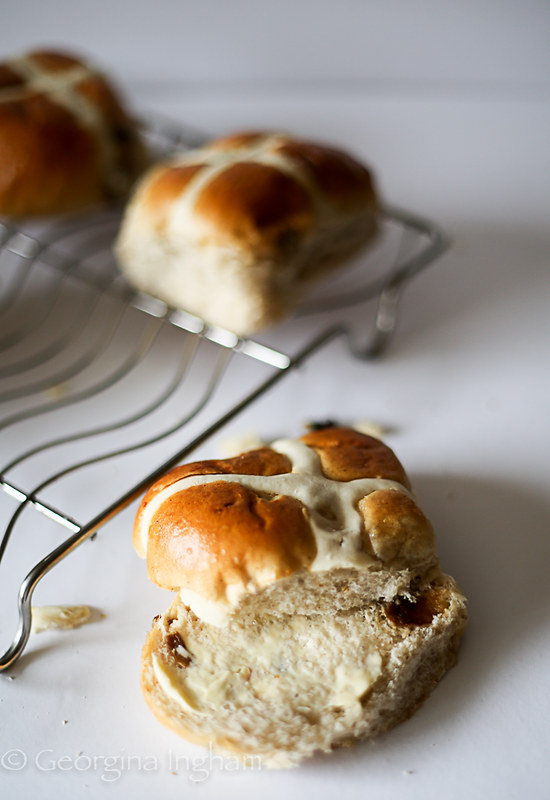 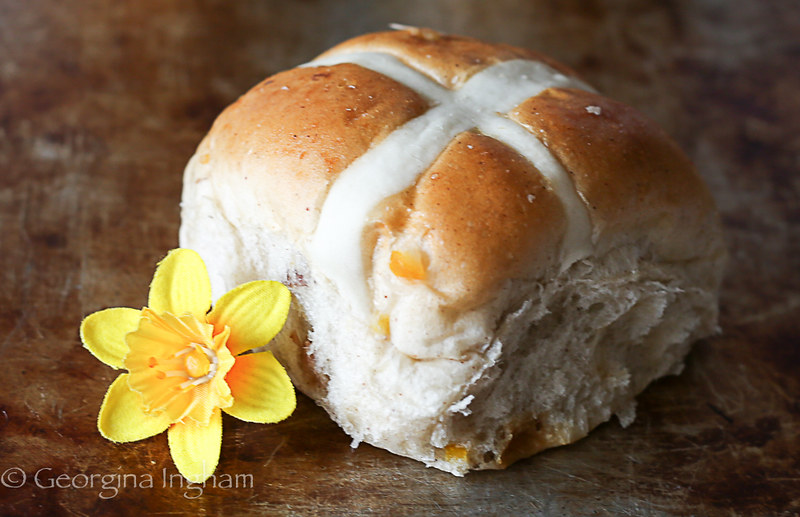 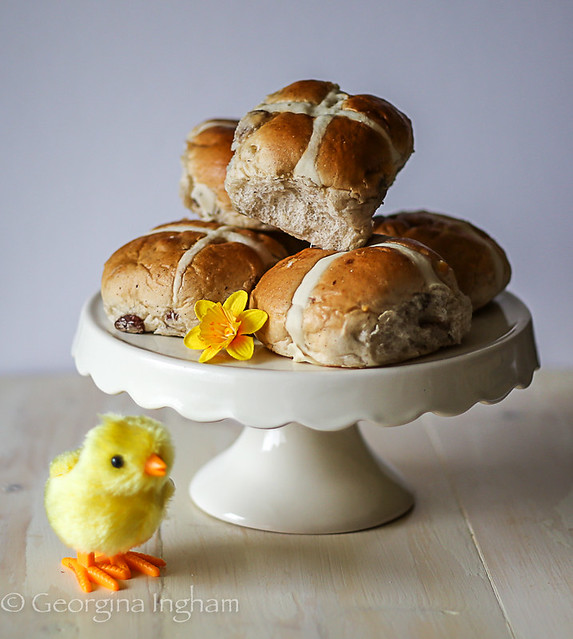 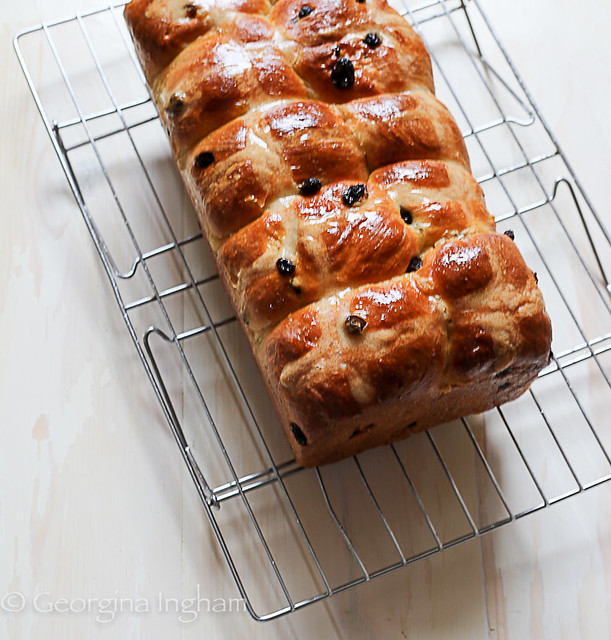 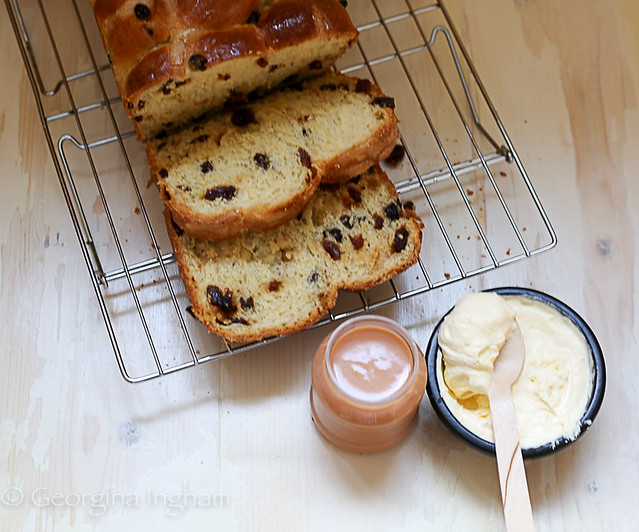 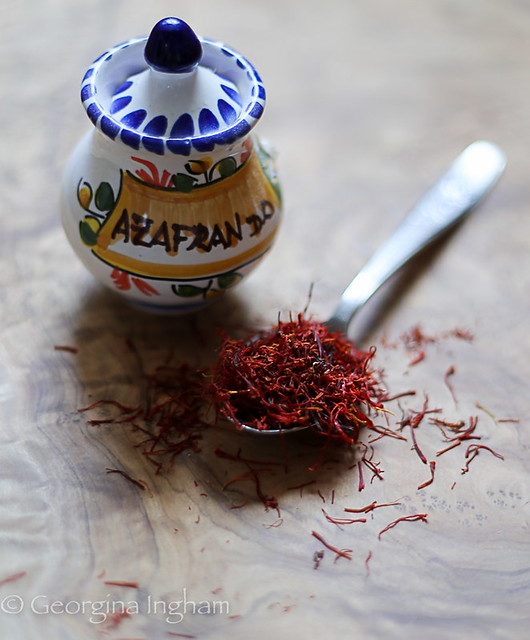 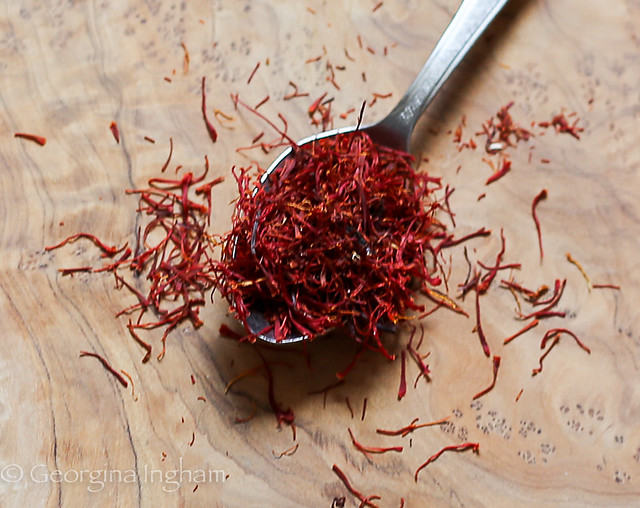 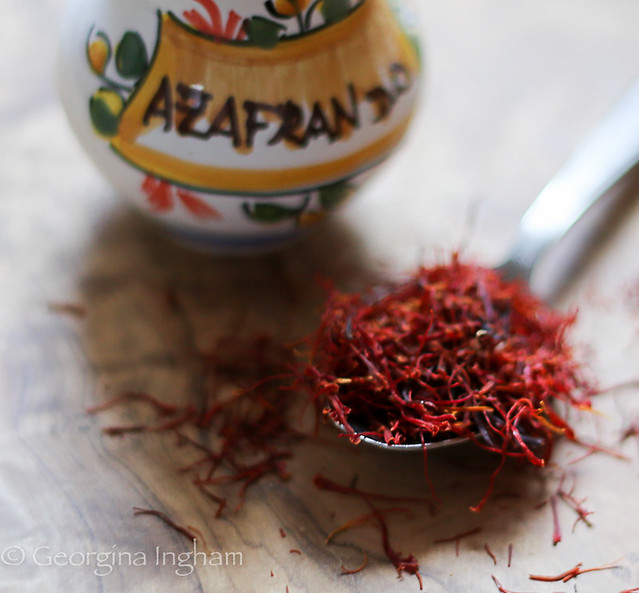 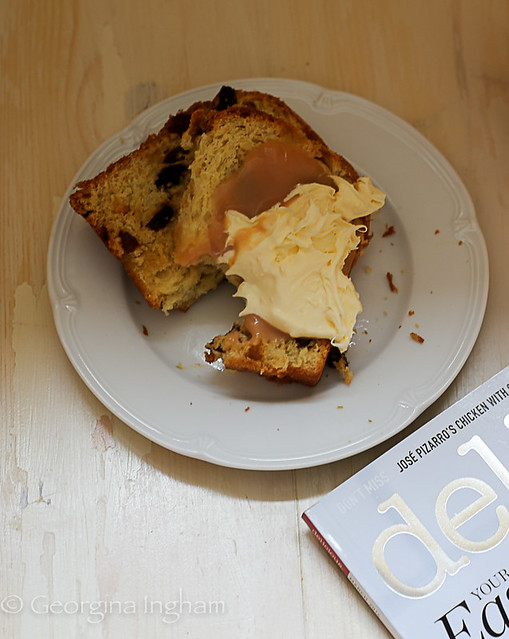 1. Warm the milk and orange zest in a small saucepan until steaming.
2. Remove from the heat and add the butter, swirling the pan until it has melted and the milk has cooled slightly.
3. Mix the flour, cinnamon, sugar, yeast and 1 teaspoon salt in the bowl of a free-standing mixer.
4. Pour in the milk mixture and the beaten egg, and knead with the dough hook until smooth and elastic, about 10 mins — the dough should bounce back when pressed with your finger.
5. Transfer to a clean greased bowl, cover with a tea towel and leave to rise for 2 hours or until doubled in size.
6. Dust your largest baking tray with flour.
7. Tip the dough onto the work surface and knead again to knock out any air bubbles.
8. Roll the dough to a rectangle roughly 30 x 40cm.
9. Grate the marzipan on the coarse side of a cheese grater, straight onto the dough, covering the whole surface and scatter over the dried fruit and candied peel too.
10. From one of the longer edges, roll up the dough into a tight sausage shape.
11. Use a sharp knife to cut the dough into 12 equal pieces, then lightly roll each piece into a smooth ball, closing the cut edges.
12. Try not to overwork the dough or you'll lose the layers of marzipan.
13. Arrange the balls on the tray, smooth-side up, leaving a small gap between each one.
14. Cover loosely with a tea towel and leave somewhere warm to prove for 1 hour or until almost doubled in size — the buns should be just touching.
15. Heat oven to 180C.
16. Brush the buns with a little beaten egg.
17. Mix the 140g flour with enough water to make a thick, smooth paste, then transfer to a piping bag fitted with a small round nozzle.
18. Use the paste to pipe crosses over the buns.
19. Bake for 25 mins until deep golden brown and cooked through.
20. Mix the blood orange curd with 1-2 teaspoons of water to loosen it a little, then brush over the top of the buns.
21. Leave to cool for 10 mins on the baking tray and serve warm from the oven or toasted, with butter and blood orange curd. 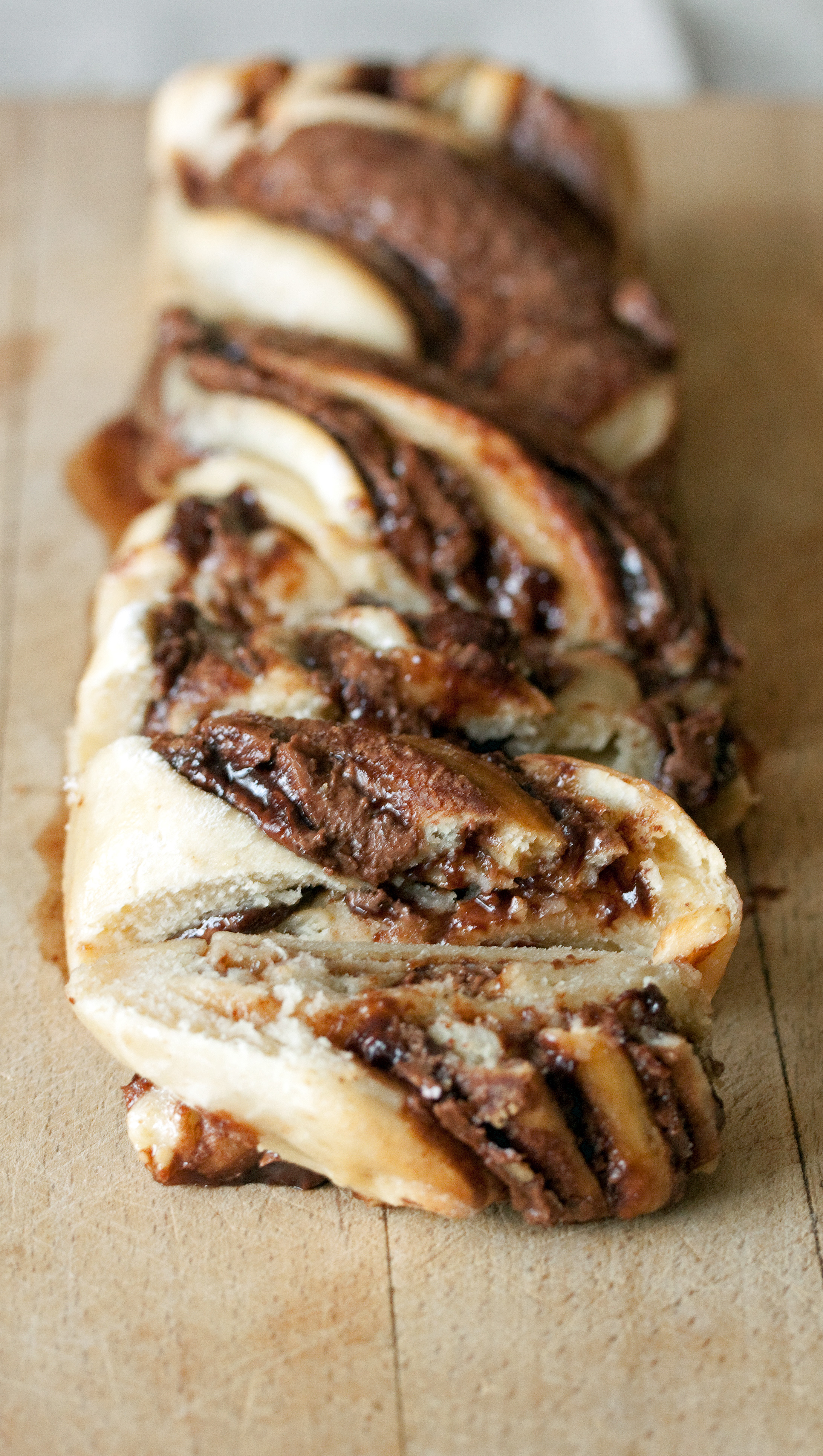 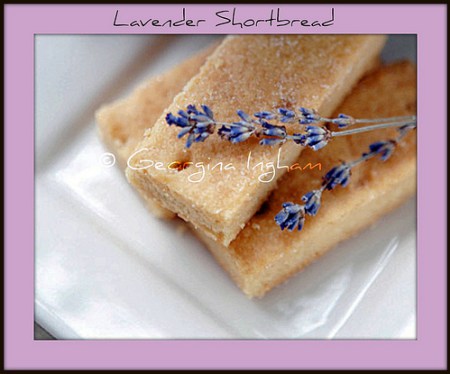 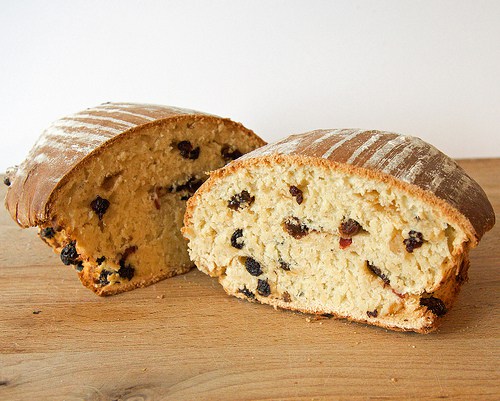