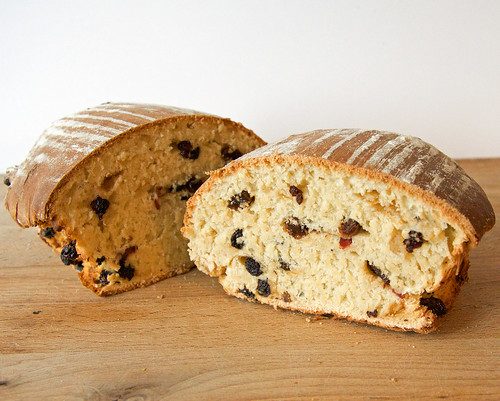 I realise I’m a wee bit early to be writing about Halloween but the craving for barmbrack was just too much to bear any longer – I just had to give in and sure why not just blog it now while the recipe was fresh in my memory?

I did create rather a stir when I mentioned on Twitter that I was going to be baking a barmbrack, several members asked what it was, curious to expand their food knowledge. It appeared that barmbrack was only really familiar amongst the Irish contingent of the place. No great shock really as it is a traditional Irish spiced fruit bread.

The ancient Celtic festival of Samhain (pronounced sau-an) was celebrated on November 1st – the first day of winter – and it was believed that both the fairies and the ghosts of the dead were particularly active on that day because the border between this world and the afterlife was particularly thin. The family’s ancestors were honoured and invited home whilst harmful spirits were warded off. It is believed that the need to ward off harmful spirits led to the wearing of costumes and masks. Their purpose was to disguise oneself as a harmful spirit and thus avoid harm – hence the wearing of witches costumes etc in the modern traditions.

The the day became known as All Saints’ Day (officially the Solemnity of All Saints and also called All Hallows or Hallowmas) in the Christian calanader and is a solemnity celebrated on November 1 in Western Christianity, and on the first Sunday after Pentecost in Eastern Christianity in honor of all the saints, known and unknown. It is the use of All Hallows/Hallowmas that precursered the use of Halloween; which litteral means All Hallows Eve.

Barmbrack couldn’t be more of an exact name. The word barm comes from the old English work beorma meaning yeasty fermented liquor and brack comes from the Irish word brac meaning speckled. Which of course this bread is, yeasted dough that is speckled with dried fruit and candied peel. The recipe I used comes from The Festive Food of Ireland by Darina Allen but with one slight adaptation (it is my adapted version you’ll find at the end of this post, not the one from the book), where Darina uses milk I used warm milk which I’d infused with a tea bag for a minute or so. I also added a handful of dried cranberries along with the other fruit (mixed dried fruit & candied) peel as I just cannot get enough of them right now, their bright ruby tones shimmering away in the baked goods never fails to make me smile.

Although not traditional I also allowed my dough to prove in an oval banneton, I just couldn’t resist. Having recently bought a lovely box of bread baking items from Bakery Bits it seemed a shame not to actually use it. The quality of the items I bought is superb and the customer service second to none. I will be buying from them again.

Traditionally barmbrack is studded with symbolic items, most often a wedding ring, a coin, a pea or thimble and a piece of matchstick. These items signified an event in the future for the person finding them, e.g. the wedding ring meant marriage within the year. Now I wonder how true these fortune telling prophecies really were.

I suppose the nearest thing akin to barmbrack is the traditional English fruit teacake must frequently served toasted and buttered or the hot cross bun typical of Easter but they all have slight differences in flavour and texture.

I enjoy barmbrack still warm from the oven and slathered with a good salted butter but it is also wonderful toasted and so I’ve been told it makes very good bread & butter pudding.

Back in the days before mass commercialism took over the festival and trick or treat became a dreaded rather than fun event (how many times do we open our local newspapers to see mass destruction in the name of trick or treat? Oh goodness me I’m beginning to sound old now), the evening would have been spent listening to seanchaí, stories of the past would be told along with ghost stories and Halloween games played. Turnips were the things to carve most typically too, sure they must have been much harder work than a pumpkin but just as, if not more, eerie. From what I can remember I was never all that keen on going for the trick or treating but I did love the carving of the pumpkins. Now here’s an interesting side note for you, according to Irish legend Jack-O-Lanterns were named for a man called Jack who couldn’t enter Heaven because he was a miser and couldn’t enter Hell because he’d played jokes on the Devil so he had to walk the earth forever with his lantern until Judgement Day. The fire burning within the lantern is supposed to ward away evil spirits.

I will be entering this bread to YeastSpotting, a fabulous event held by Susan over at the amazing blog Wild Yeast. 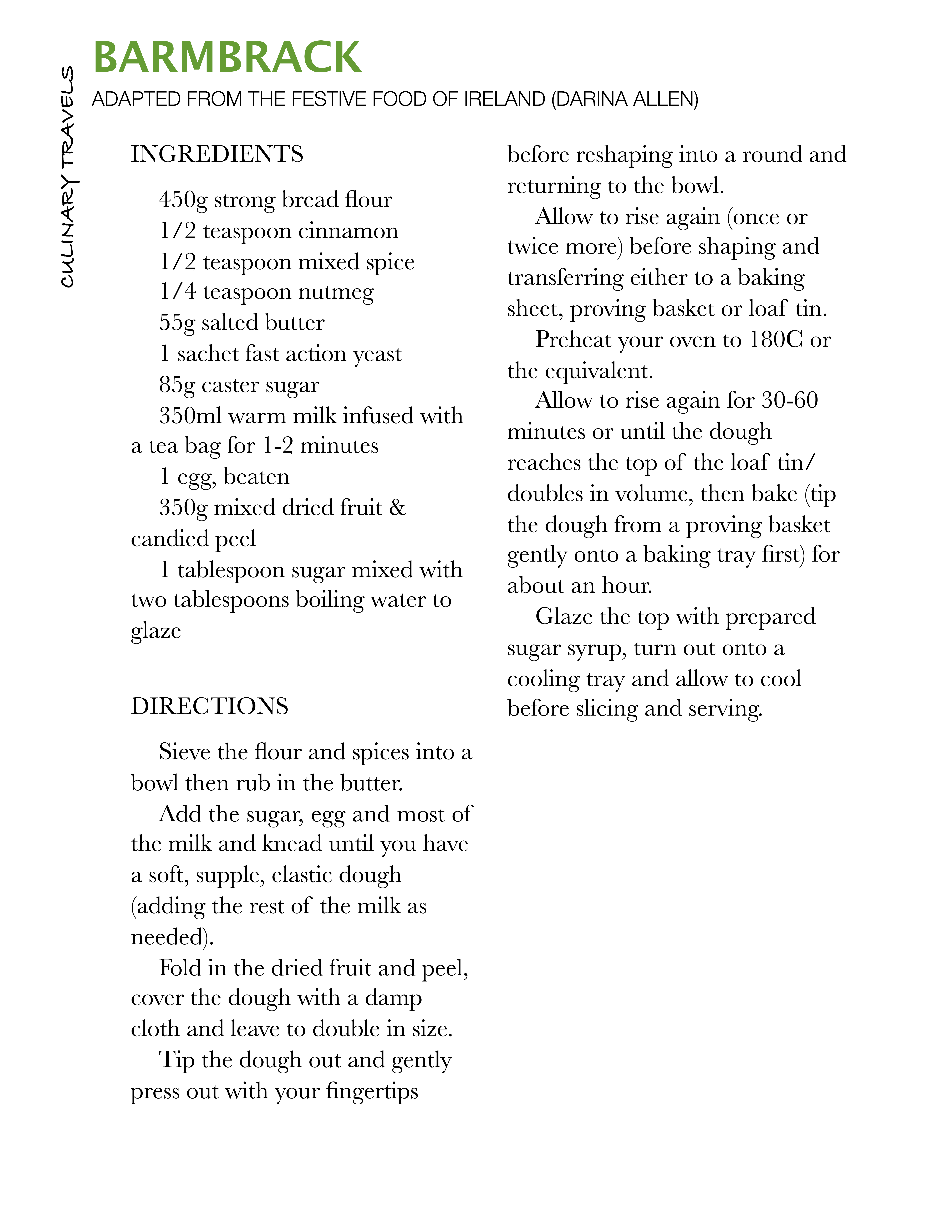