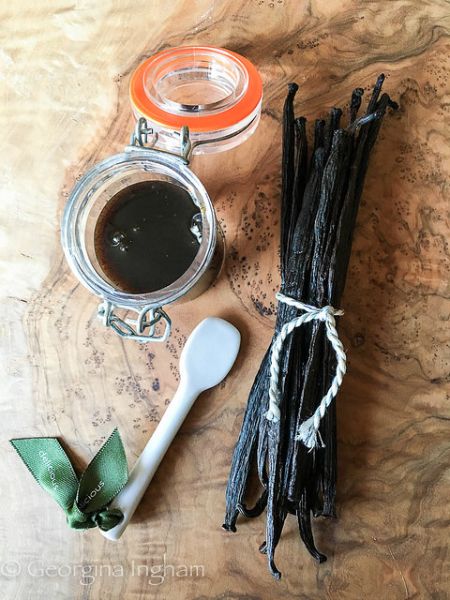 Vanilla is one of the most popular flavourings worldwide for confectionery and other sweet foods and it is not difficult to see why. It tastes of childhood – cakes, ice creams, blancmange and the like, memory-evoking classics that the lovely Nigella Lawson would often refer to as ‘nursery food’.

Many of us remain vanilla lovers forever, rejecting the more experimental flavour combinations altogether – don’t we all know someone who only likes vanilla ice cream? Often though vanilla is a hidden component as it works so well as a background flavour that enhances the other key ingredients in the bake. Can you imagine a Victoria Sponge without vanilla? No, I think not. Which is why a homemade vanilla extract recipe is a must-have in your recipe book. 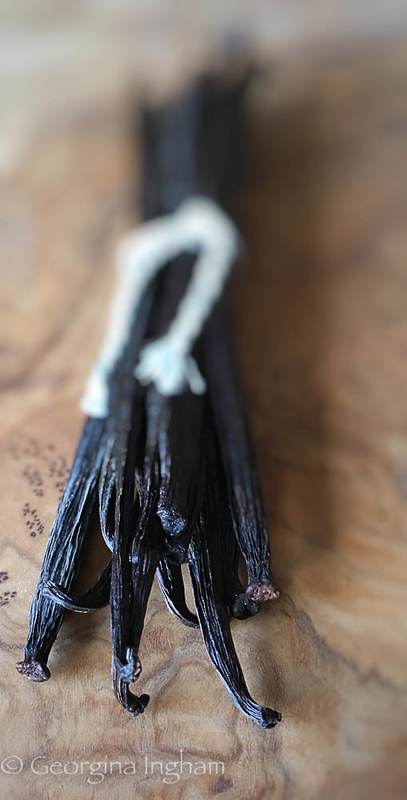 What exactly is vanilla?

Vanilla is an orchid whose seed pods are fermented and cured to produce the flavouring. It is native to Mexico but is now grown in Tahiti, Madagascar and Indonesia. Madagascan vanilla is probably the one most of us are familiar with but each countries varieties are slightly different and worth seeking out.

Of course, it still is used in the manufacture of chocolate but it also has a much more varied role in the kitchen. Vanilla, for example, remains the world’s most popular flavour of ice cream and is increasingly seen in savoury dishes.

Of course, vanilla pods bring the strongest and purest of flavours, and I confess I am never without a Kilner jar of them in my pantry, but extracts and pastes also work well, in fact, they are all pretty much interchangeable with the choice being down to the cook's preference.

Despite the fact that vanilla essence was one of the first synthetic flavourings to be synthesised, 1858, and produced, 1874, (The Oxford Food Companion, Alan Davidson) and Cook’s Illustrated found that a panel of cooks and baking experts were unable to tell the difference in a taste test between foods made with vanilla extract and essence, I have no room for it in my kitchen. Why? Well, would it surprise you that today's vanillin, the main component of vanilla essence, is extracted from clove oil, waste material from the paper and wood pulp industry and petrochemical products? Vanilla is, of course, expensive but this reflects the labour that goes into its production, and, in my mind, it is worth paying that little bit more for quality, ethical produce so I always buy Fair Trade and organic produce. Remember ingredients matter. 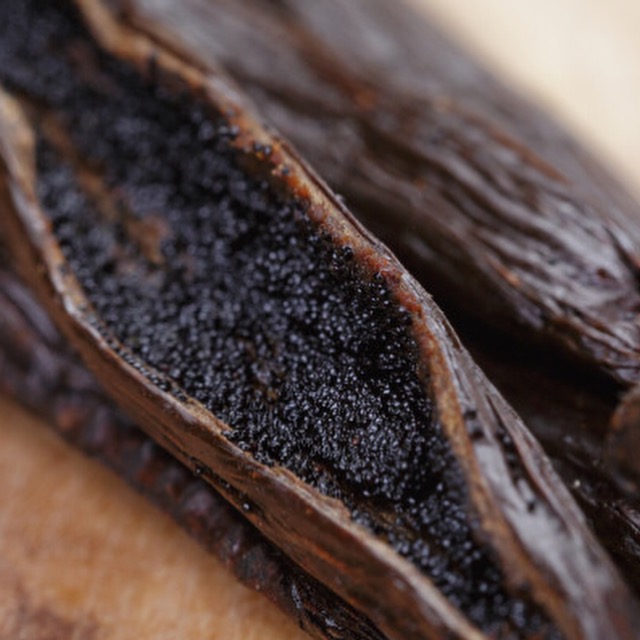 Make your own Homemade Vanilla Extract and Vanilla Paste

Did you know you can easily make homemade vanilla extract and vanilla paste at home? Yes, it is still expensive but it is comparatively less so than buying it at the local shop and often better in flavour too. After all, you decide how much vanilla to add to your ‘brew’ determining how strong the liquor becomes.

All you need for the extract is vanilla pods, vodka, a suitable container and time. I use an old sweet wine bottle that I've kept because I like the label and because I brought it home on my first trip to Rome but you could use a Kilner jar, bottle or even an old jam jar, cleaned well obviously. 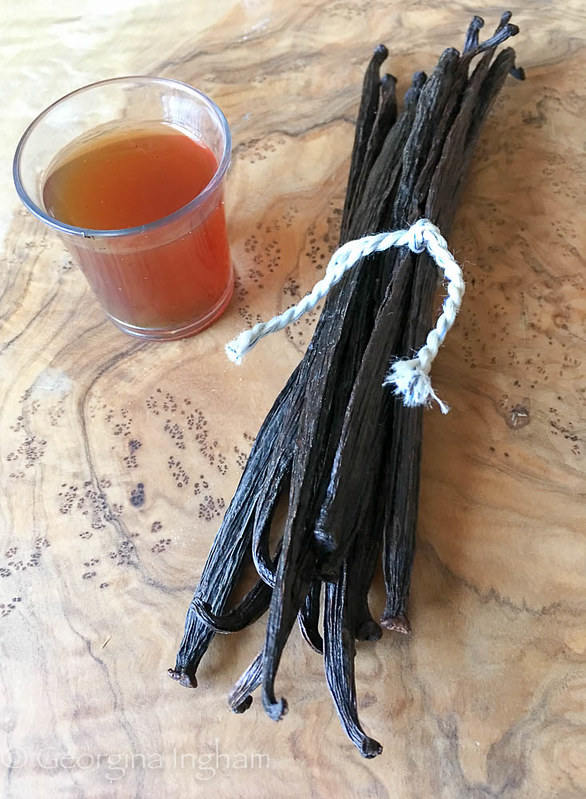 Sure this is not a quick fix but it is worth every inpatient day spent waiting and inspecting the bottle. Perhaps you can make it and just leave it in the cupboard? Not me, I was on tenterhooks the first time I made it, taking glances at the bottle every time I entered the pantry, opening the bottle to take gentle sniffs to see how the intriguing mix was progressing. In all honesty, I was sceptical, how could vanilla beans and vodka give you such great results? Worry not, it is amazing.
Remember, the longer you leave the magical elixir to steep the stronger, darker and thicker it will become. Oh, and you don’t need to ‘use up’ a bottle and start again, just top up with vodka from time to time and if you’ve used a vanilla pod to scrape out the seeds or to flavour, some vanilla sugar just pop the pod into the bottle and carry on. 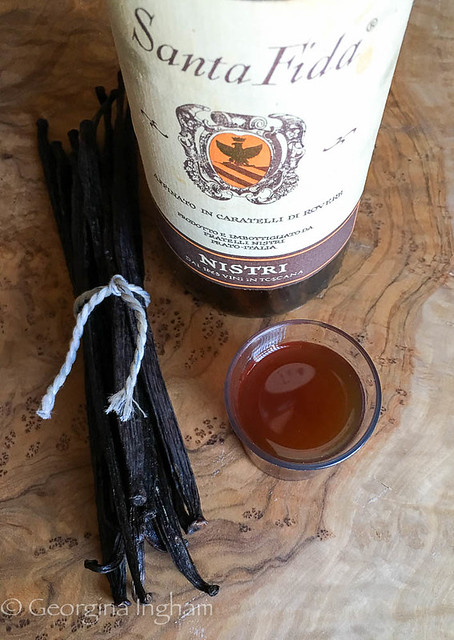 I remove the pods from my vanilla extract and replace them with fresh ones around once every 12 months and make more vanilla paste with them. Like Hugh Fearnley Whittingstall I have a bit of a “War on Waste” going on in my kitchen too, if I can use up leftovers I will; “Waste not, want not” as they say.
The vanilla bean paste requires a few more ingredients but it is quick and easy to prepare provided you have a food processor. I adore vanilla paste it is a bakers secret weapon, much more potent than vanilla extract and you get the added bonus of the speckles of vanilla beans but store-bought kinds can include a lot of sugar and often added chemicals too. 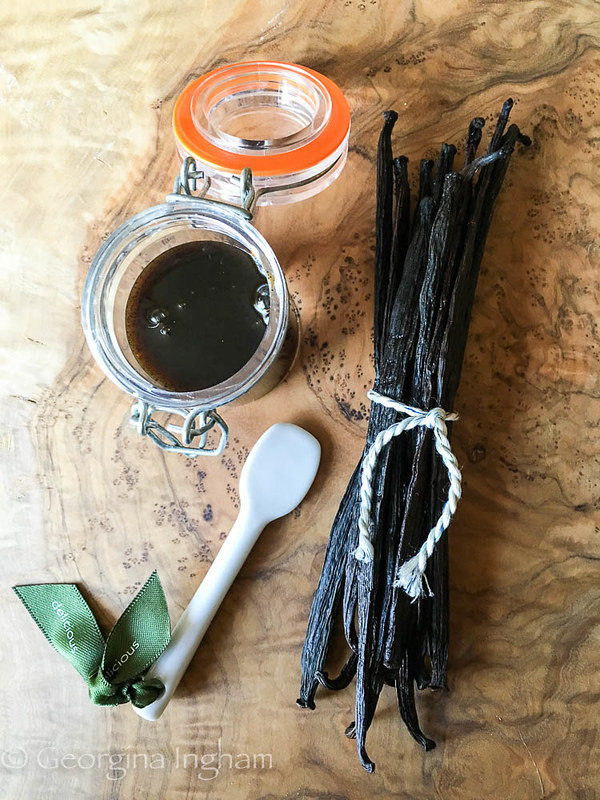 Yes, one teaspoon of vanilla paste added into a cake isn’t going to tip the sugar scales over the edge but if you could reduce it slightly and get a better product wouldn’t you try?
Use your homemade extracts and pastes just as you would store-bought and you get the peace of mind of knowing exactly where the ingredients came from and the satisfaction that you made a great pantry staple at home. 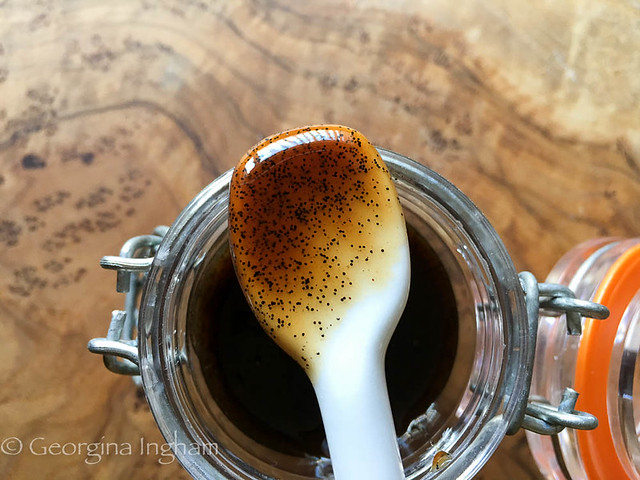 Pin it For Later 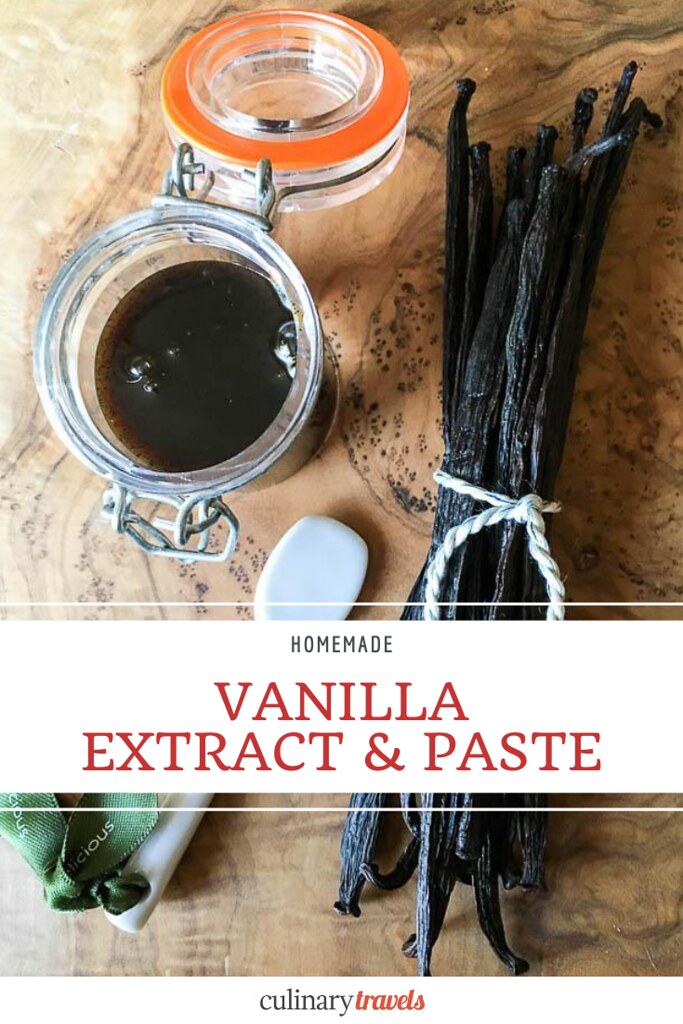 Ingredients
8 or more vanilla beans
500ml vodka
Instructions
1. Cut the vanilla beans to the length of your bottle (you need to make sure they're all fully covered) and slice them lengthwise, but only enough to expose the seeds but keep the ends attached.
2. Place the vanilla beans in the bottle and completely cover with vodka.
3. Place the lid on and shake gently.
4. Put it away in the pantry or cupboard and give it a couple of gentle shakes each day for about a week or so.
5. After a week has passed, you can start shaking less often, once or twice a week, for about a month.
6. Don't worry, your vanilla isn't going to be ruined if you forget to shake it a few times.
7. Your vanilla will be ready to use after 6 weeks, but I like to wait at least 3 months before I use mine. Just make sure you give it a little shake once in a while.
8. When your bottle is about 25% empty, you can top it off with more vodka but ideally, when you do that, you want to let is sit again for a couple of weeks. That's why I prefer to have 2 bottles going at all times.
Details
Prep time: 6weeks
Yield: 500ml

Ingredients
8 or more vanilla beans
1 tablespoon vanilla extract
200 g agave syrup or honey
Instructions
1. Place all the ingredients in a food processor and puree until smooth.
2. Sieve into a jug pressing on the vanilla bean "pulp" to get as much liquid out as possible.
3. Pour the vanilla paste into a jar and seal tightly.
4. Store in the fridge.
Details
Prep time: 15 mins
Yield: 200g 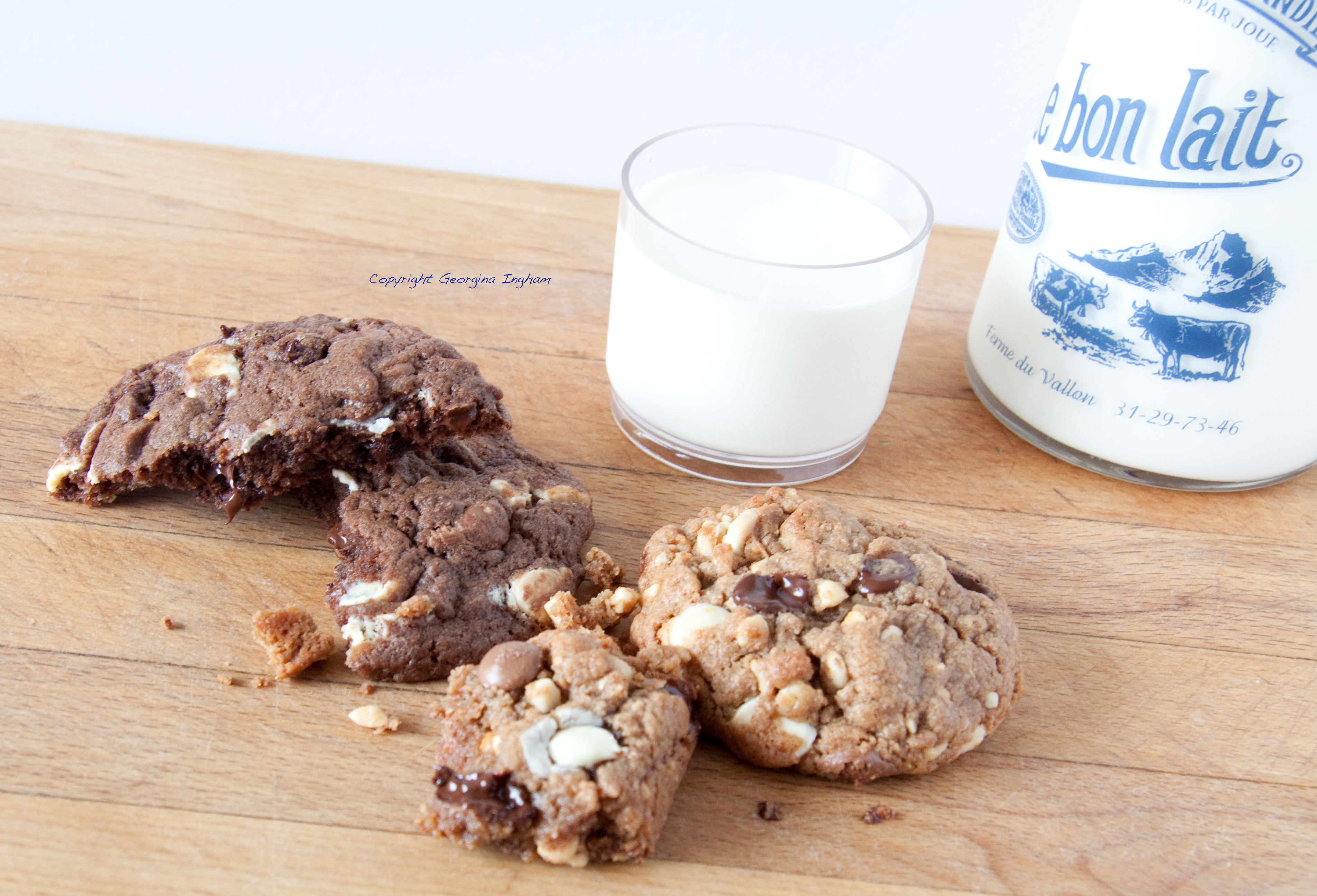 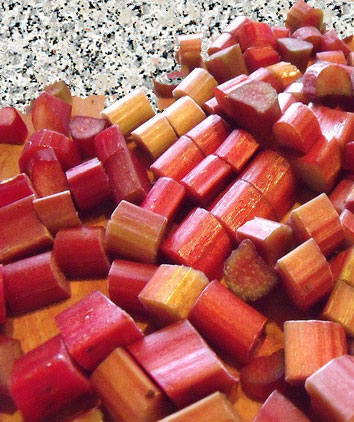 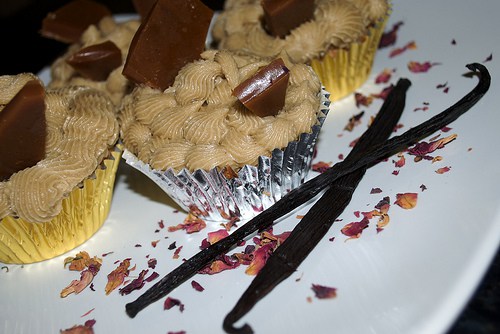 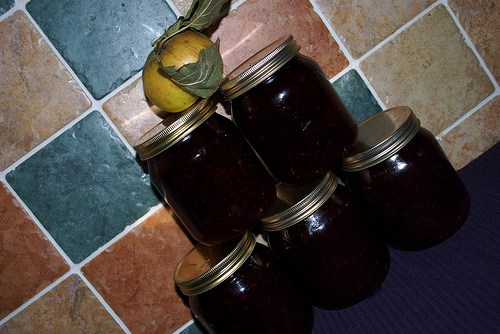