There’s a saying in the United States “As American as apple pie” but the roots of this pie lay firming in British soil. There are documented references to apple pies going back to the time of Chaucer. In one instance, a 1381 recipe lists the ingredients as good apples, good spices, figs, raisins and pears. The holding of the recipe being a casing of pastry, most probably not meant for eating though.

Here’s a shocking fact for you – during the mid 1600’s pies such as this were banned by Oliver Cromwell as they were seen as a source of too much pleasure. Apple Pie remains one of the most popular dessert pies today.

For me apple pie is a source of great memories, of visits to my Grandma and having a large slice of her still warm apple pie with double cream poured over, delicious. I don’t really remember eating any other kind of apple pie but hers during my childhood but it’s by no means a complaint, nothing could have stood close to hers anyway. Fond memories for me, even greater ones for my Dad, memories of childhood I suppose. Isn’t it great how food can inspire, provoke and stir up memories and emotions?

With a big bowl of apples, windfall from a kind friend who’s given me enough to keep me going for a long while and a mix of eating apples from my organic vegetable supplier, a pie could not be resisted for long. 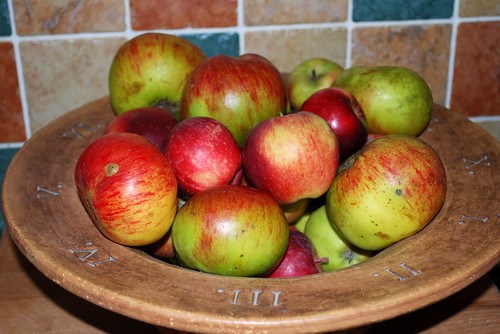 So yesterday I decided to go ahead and make my Dad an apple pie, although in a slightly different style to my Grandma’s. A while back I watched an episode of Bake on UKTV Food where Rachel Allen and a pair of American home cooks baked one amazing looking pie, so I and headed straight to the book accompanying the series – Rachel’s Baking Secrets: From Cookies to Casseroles, Fresh from the Oven

(Rachel Allen) but alas the recipe was not to be found.

Back to the drawing board for me, after a bit of searching through my ever growing cookbook ‘library’ I decided to combine a couple of recipe ideas and formulate something that way: creme fraiche pastry from Rachel’s Baking Secrets: From Cookies to Casseroles, Fresh from the Oven

(Jim Fobel), which I hasten to add was an extremely kind gift from Vicky. The idea was simple, layers of apple interspersed with cinnamon scented sugar (and a wee bit of flour, recipe to be found at the end of the post) encased in rich, crumbly, crisp pastry. 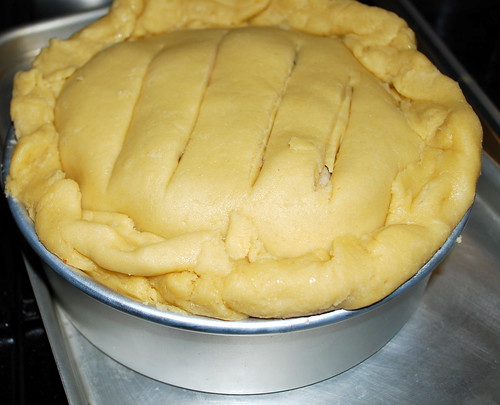 I made the pie in a deep sided loose based cake tin rather than a pie dish as I wanted to be able to serve the pie ‘whole & unveiled’ with layers of apple throughout, stained pink by a little of the spiced apple jelly I made the other day.

Once out of the oven the pie was given a good dusting of cinnamon sugar, golden granulated sugar to be precise. Granulated sugar works better than caster or icing because of the size of the grain, its larger structure means it is less likely to melt into the pastry and that it will catch the light better and glimmer on serving (and in the photo, and that’s vital is it not?) 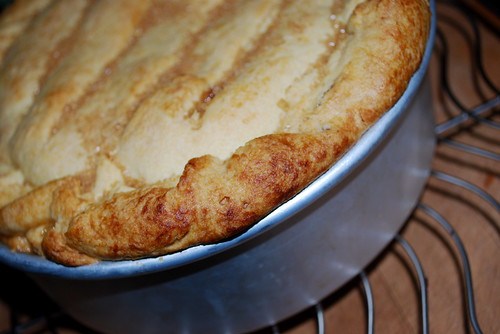 The pastry was utterly divine, so tender, crisp but crumbly and melt in the mouth too. I used home-made creme fraiche but store bought would of course work here perfectly well, do make your own at some point though, it’s so easy and it tastes oh so good. Using creme fraiche (or I suppose sour cream would work) makes for a much richer pastry, however  despite it’s richness actually tastes lighter than regular water or egg pastry. 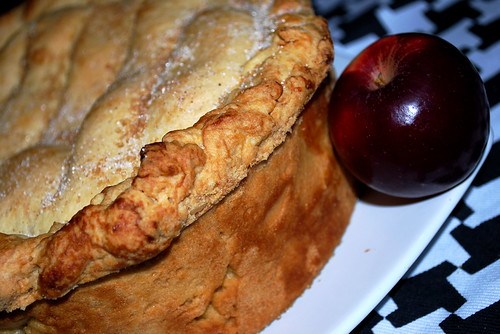 There’s quite a lot of cinnamon in the apple pie but not so much that the flavour overpowers the delicate nature of the apples, in fact it compliments them perfectly. The apples soften up delightfully but retain a little shape and texture too.

I served the pie with double cream, in the manner my Grandma always did. 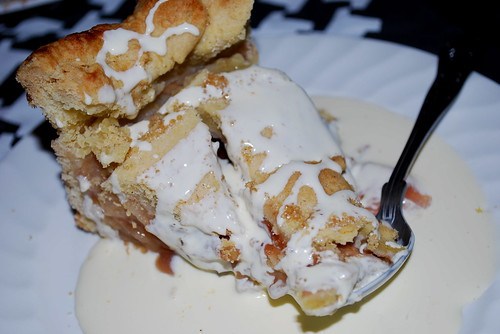 I have to say it was a resounding success, my Dad said he’d not tasted a pie like that since he was a kid, I took that as great praise – for my pie to be equal to my Grandma’s is a great, great honour, she taught me well. 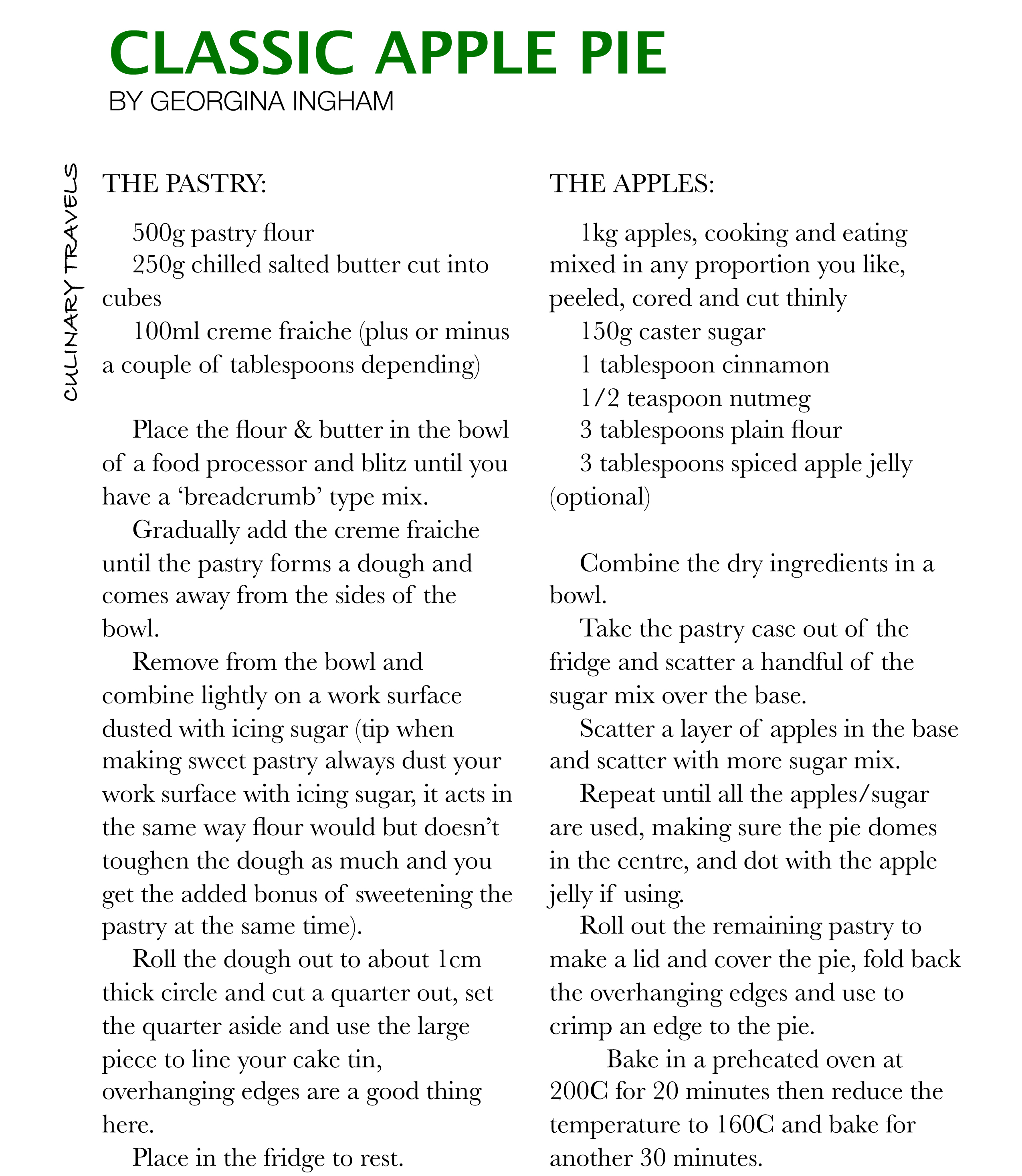