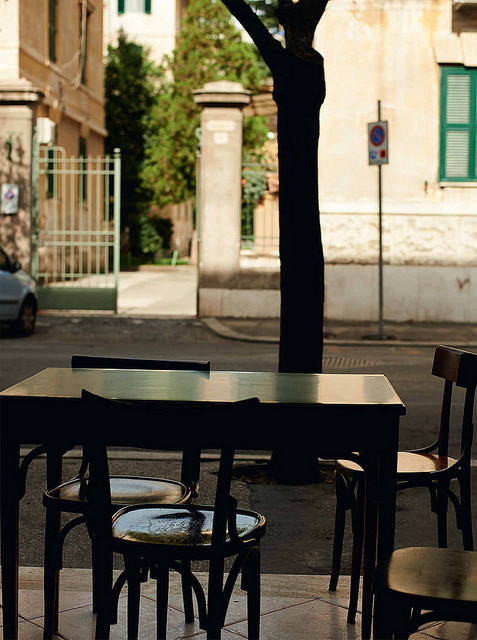 Given my love of all things Italian, and even more so Bella Roma, I am surprised that I haven’t come across Rachel Roddy’s blog Rachel Eats long before now. In fact, if I hadn’t spotted the book in my Amazon recommendations I may have been missing out greatly forever. 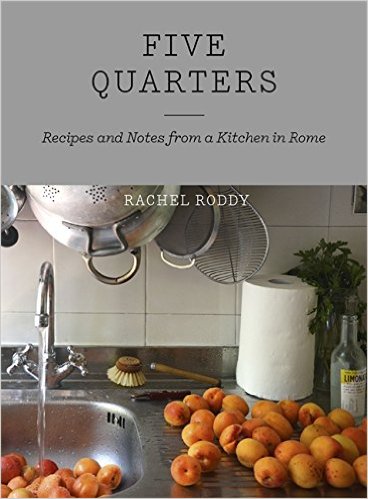 Five Quarters may seem at first strange title but it’s very easily explained. The number five recurs as the book goes along but Quinto Quarto (the Fifth Quarter) is the name of the distinctive style of cooking created by the workers at the Testaccio slaughterhouse towards the end of the 19th century. Wages were partly paid in-kind with offal. This being a quarter of the animals weight, it was known as the ‘fifth quarter’. The slaughterhouse is long gone and, no, this is not a book about offal, but it is firmly rooted in the Testaccio district of the city of Rome which this Englishwoman calls home.

I have visited Rome a couple of times but I have not ventured to Testaccio, instead staying in the neighbouring area of Trastavere. I loved the traditional feel of Trastavere; an area that hasn’t lost the ‘local’ feel and charm. Whilst the rest of Rome may feel cosmopolitan and incredibly modern Trastevere somehow doesn’t; it has kept its strong local (working class) identity; happen it is because it is separated by geography too – being separated from central Rome by the river Tiber. In Trastevere internet cafes are happily nestled side-by-side with gloomy ancient premises of uncertain function, trendy bars lie next to traditional bakeries down narrow cobbled lanes. 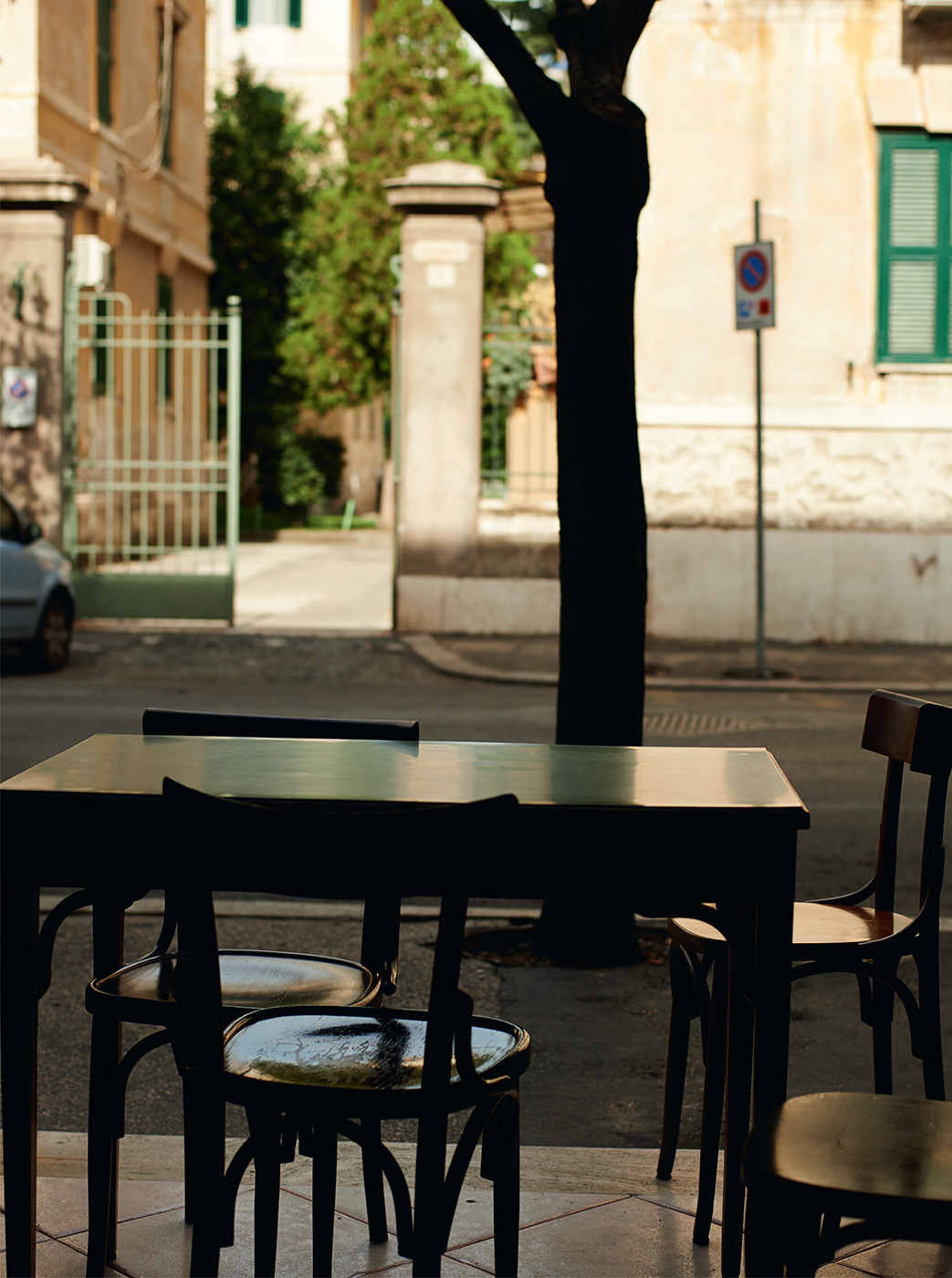 The “notes” referred to in the sub-title are as delicious as the “recipes”.  Arriving in Rome, almost by accident, Roddy decided after visiting Testaccio with a friend, to stay a while in a tiny flat above a bakery, next to the “coarse and chaotic” old food market. As she began to get under the skin of this “straightforward, traditional, ordinary” part of Rome, a sense of guilt that she was part of the gentrification taking place in the area led her to resolve to buy local and truly embrace the life of this quarter and its “fierce sense of community”. Roddy becomes a daily presence at the next-door market with its families of traders, negotiating the “clusters of chattering signore” in the streets she drinks coffee in the same bar every morning. And then of course she met and fell in love with Vincenzo, a Sicilian whose own culinary background impacts on some of the recipes in her book. Their son Luca’s arrival in 2012 anchors her ever more strongly, although as she points out in the “caffe” section of the book, she will forever be a ‘straniera’, a foreigner. 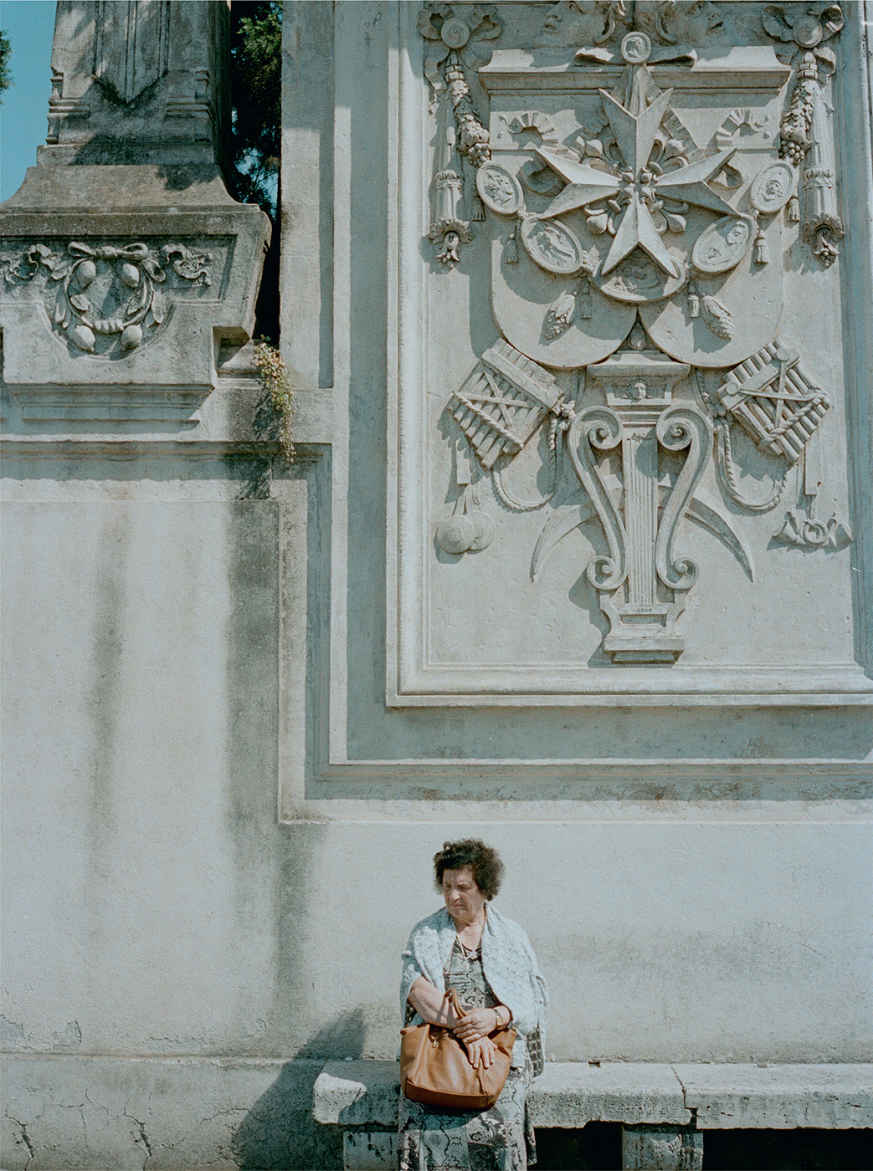 This book does not set out to be another in the cliched ‘my beautiful life in’ genre. Roddy instead sets out to paint a portrait of life as it is lived and the fact is life is as interesting and chaotic as the food market at the heart of the book. Certainly it’s about hauling bags of produce home to cook in a tiny apartment kitchen with a leaky fridge, but it is also about the sense of community that centres with coffee in the local bar. It is about the life of Testaccio, particularly the market, and the people who make it possible to live in the chaos of a city. There’s the Sartor family butchery, Mauro the fishmonger, Gianluca and Giancarlo the fruit and veg sellers, Augusto at Trattoria La Torricella and the numerous independent shop-owners of the quarter.

This book is about forgetting what you thought you knew about the generic ‘Italian’ food we all feel familiar with, and, watching, listening, questioning and cooking dishes again and again to re-learn how to cook it not just the Roman way, but the Testaccio way. For nine years Roddy gradually gathered this understanding and began to notice the differences, and the similarities, with English food of her Northern roots; particularly slow braising of cheaper cuts of meat, the use of offal and the love of jam tarts and of spiced fruit cakes. One of her recipes even bridges the divide – Ragu based Shepherds Pie, which is apparently so good her husband “actually banged his fork down and shouted ‘More!'”. The highest of accolades I’m sure you’d agree.

Pleasingly, there are five chapters, just as there should be five parts to a classic Roman meal: the antipasti; a pasta primo; a meat or fish secondo; a vegetable contorno; and a dolce. 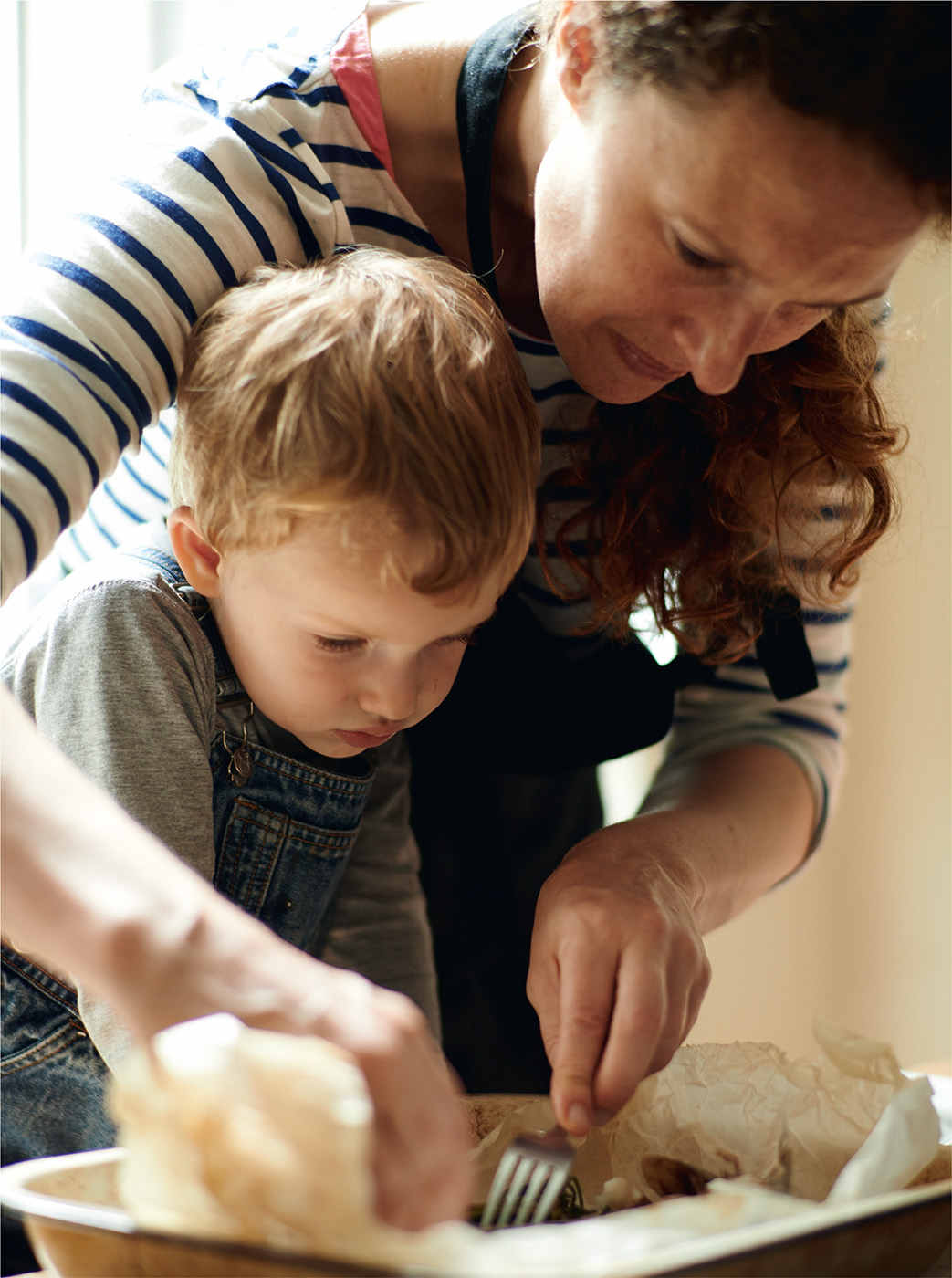 Each chapter is enticingly seasoned with helpful advice, observation and anecdote and spiced with a little Roman history. There’s also a generous sprinkling of good sense – advice and useful information, which can only come from someone who has cooked the same recipes over and over again, it comes thick and fast, pretty much the same as a Roman conversation. Roddy is far from ‘preachy’ in her approach but is generous and sharing, just the thing for a book like this.

I have already compiled a large list of ‘to make’ dishes from this book. A mark of a truly good cookbook is surely to get you rapidly scribbling notes of what you need to buy (ingredients & kitchenware) and most of all to eat. Recipes planned include polpette al sugo (meatballs in tomato sauce), Roman style tripe (which I have eaten in Rome, but never attempted at home), sauteed peas with proscuitto and Ciambellone di ricotta e limone (ricotta and lemon ring cake) to name but a few.

There is, mercifully, no striving for novelty in these recipes; if you are looking for innovation, you are missing the point of her book. Instead, expect tried and tested dishes, recipes that really work and dishes that are delicious to eat. You’ll learn a lot along the way and enjoy a damn fine read. Whether you want to spend a day pottering around the kitchen making a labourious labour of love or you want a quick supper after a tough day at work this book will have something to suit. This is a book which will stay in my kitchen close to hand at all times.

Most of the superb photography in the book is by the author. This reinforces its authenticity as the cooking and photography was done in real time – shop, cook, eat. Additional photography by Nicholas Seaton beautifully captures the atmospheric Testaccio quarter and its inhabitants. 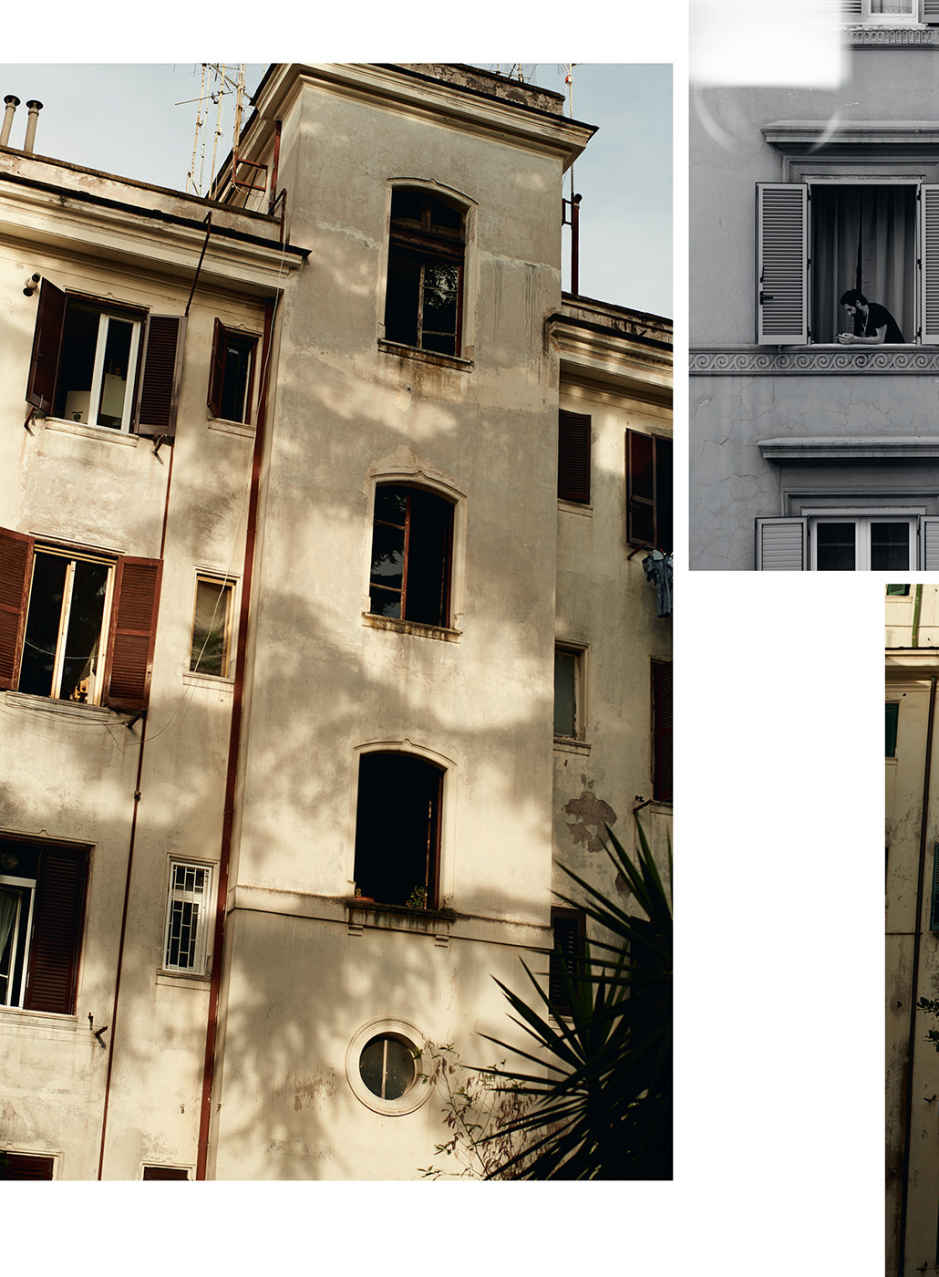 David Sexton from Evening Standard got it right when he said of Five Quaters “The cookbook to take this summer, deliciously readable as well as easy and tempting to use, getting the simplest dishes just right…beautifully produced too.”

Right now, I am off to make another caffe, put on some Italian music and immerse myself in the book again. Well, it’s either that or I dash to the nearest airport and get on the next flight to Rome – Ms Roddy you have awakened my passion for Italian food once again and a strong desire to visit the Eternal City and soon. 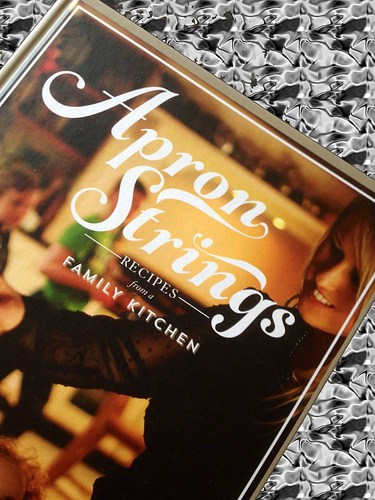 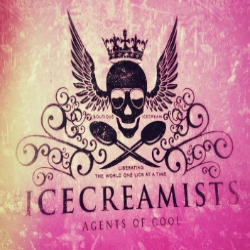 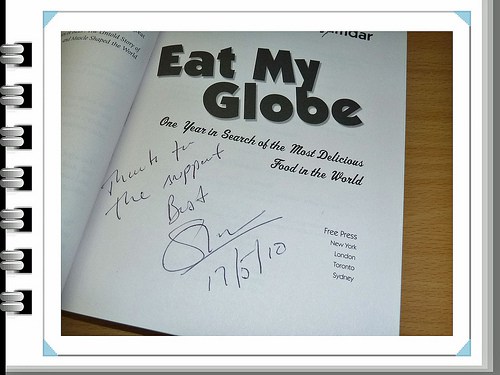