Well isn’t today exciting? I bring you my new look website and not one, but two cookie recipes to try. Both recipes are gluten free. Bonus! 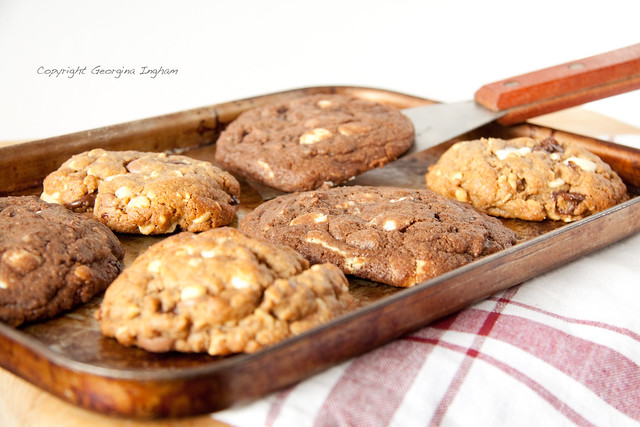 Having bought Nigella Lawson’s latest offering Simply Nigella and spent many an hour joyously reading it bookmarking recipes I just had to get baking didn't I? I had a craving for cookies and there's only two recipes for cookies in the book; it would have been ever so wrong not to bake them both wouldn't it? As usual, there are a few adaptations to the orignal recipes.

As with oats, buckwheat flour is intrinsically gluten free, however it is often contaminated by the presence of gluten, depending on the factories in which it is produced. So if you are making these because you need them to be gluten-free, rather than just going for the flavour of the flour, make sure the packet is labelled as gluten free.

If you’re struggling to get hold of buckwheat flour (though most supermarkets and health food store sell it these days) you can of course replace it with plain flour. If you make them with plain flour they are still delightful but then they’re just a cookie, like thousands of others and nothing outstandingly special. With regular plain flour they won’t get you the wow factor. When they’re made with buckwheat flour, they’re so much more than a bog-standard chocolate cookie. They’re special. They deserve people oohing and ahhing over them. The flavour is deep, nutty and assertive. The texture has the perfect balance between crisp and soft. Plus of course the nutritional benefits of buckwheat flour are well documented and I do like to try and be a little healthy from time to time; but in reality I just really want a cookie. 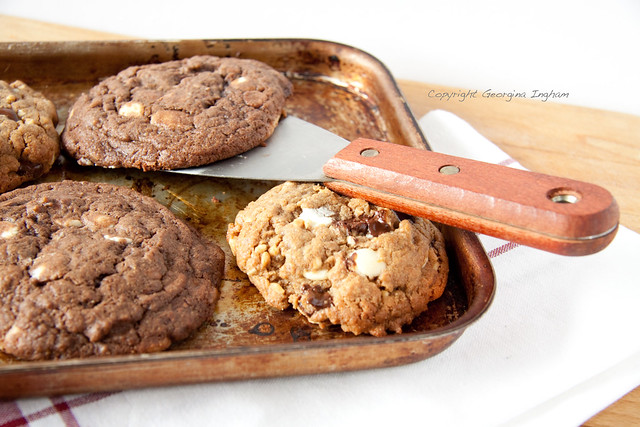 My next bake were flourless peanut butter chocolate chip cookies and Nigella opens her recipe by saying “I can’t seem to stop making these, and as I make them, so they get eaten”. I confess my family weren’t overly taken with the idea of a peanut butter cookie, or peanut butter anything really, but with a jar of peanut butter to use up I decided to take the bold move of baking them. Sure if all else failed I could take them to work with me, busy nurses are never known to be fussy in the food stakes.

Well, these never got to my work place, in fact they never even reached the cookie jar. They were eaten whilst still warm from the oven with glasses of cold, full fat, organic milk. These have to be the peanut butter haters peanut cookie!

Nigella states that “health-food-shop-type” peanut butter doesn’t work here but that’s all I buy so that had to make do and I honestly didn’t have an issue with it.

Sweet, chocolate-y, with a saltine tang, how could they not be liked? 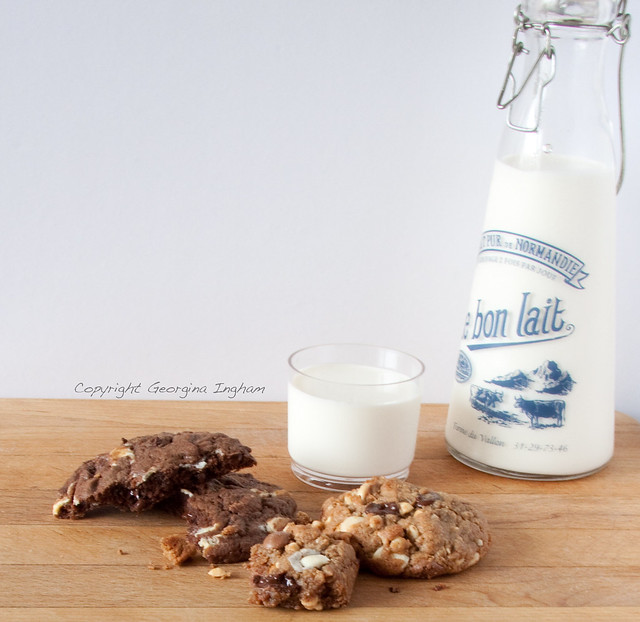 So quit “procrastibaking” and get thee to the kitchen! A few minutes work and you can indulge in warm cookies, chocolate still melty. Team with the cold milk and it is a heavenly combination indeed. 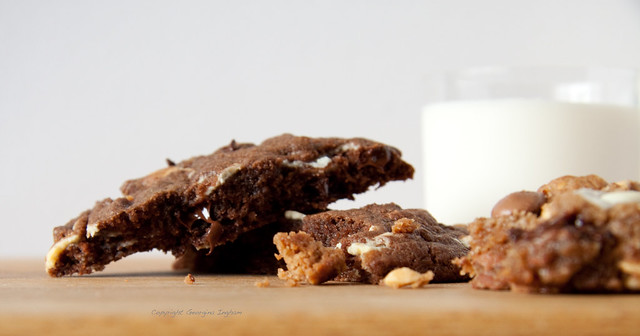 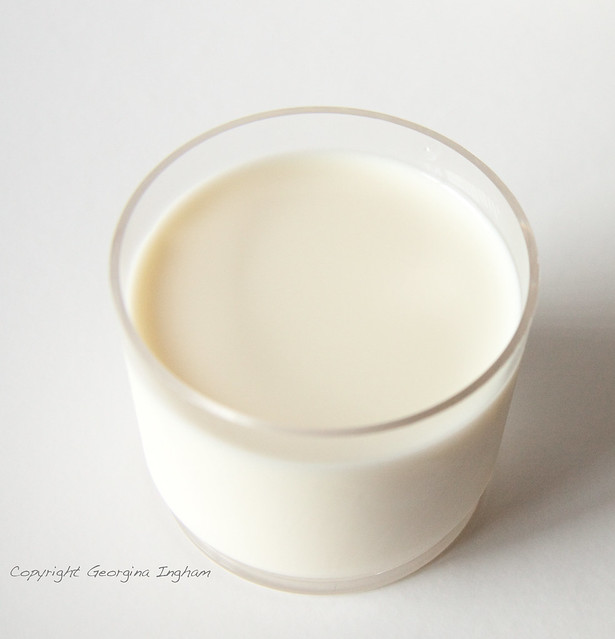 A little note - you can no longer comment on the blog, so please do head on over to any of my social media sites to join the conversation! And, sharing is caring so feel free to share away or add to your Yummly site recipe box.