When Jim Lahey’s recipe for no-knead bread first hit the New York Times, it sparked a massive bread-baking frenzy. Anyone and everyone began talking about home baking and the fact that this bread required little attention making it so adaptable to everyday life.

Everyone seemed to love the no-knead bread, including me, alas when Lahey announced the release of a whole book of no-knead recipes it was no surprise that I just had to get my hands on a copy – My Bread: The Revolutionary No-Work, No-Knead Method by Jim Lahey with Rick Flaste. Published by W.W. Norton & Company, 2009. 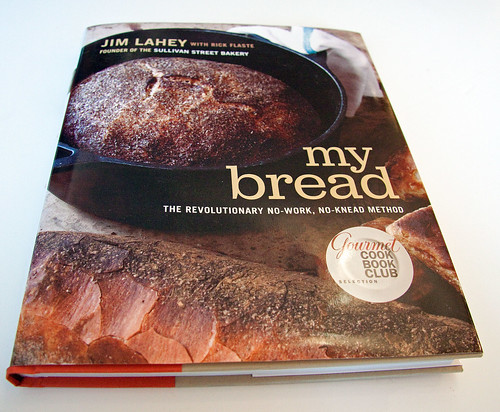 So you think this is just another bread book? Think again; this is the bread book that will change your attitudes towards yeast cooking once and for all.

This book shows you how to take the ‘standard’ no-knead bread to the next level and beyond, showing just how versatile the dough can be, how it can be modified for more than just sandwich bread and simply adjusted to include different flavours and ingredients. There is also a heavy emphasis on classic old-world breads like ciabatta and rye breads, all the breads though are grounded in the no-knead formula; something quite remarkable especially for these old-world breads.

Before launching into a recipe section Lahey has included a section entitled  “The Making of a Bread Baker” where he discusses at length, albeit, in an extrememly friendly and approachable way the background and theory to no-knead bread and lays out the essential tools required for bread baking – a surprisingly small list by many books standards I have to say. 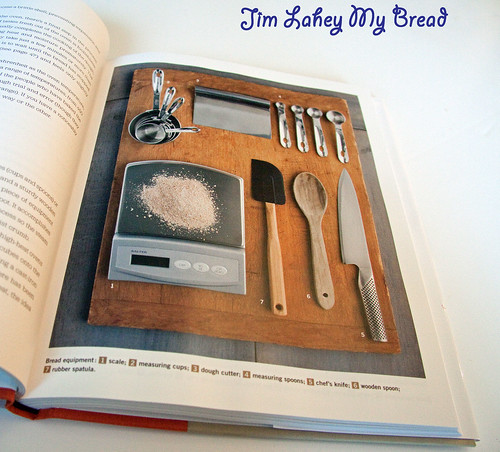 The recipes are basically divided into two parts: new bread recipes using the slow rise, no-knead technique and recipes that use the bread to make things like pizza, sandwiches, and puddings; yes you heard me right, puddings such as chocolate puddings that use breadcrumbs instead of flour. 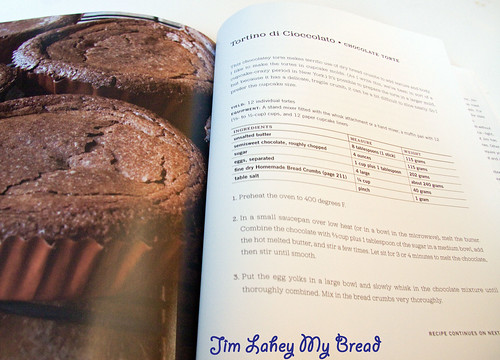 The recipes are inventive and inspiring – even if you’re an experienced baker, this book will still have you rushing to the kitchen to get your hands floury.

Not only are the bread recipes fabulous but the sandwich suggestions are out of this world, with recipe for the filling ingredients included too such as, things like homemade pickles, spicy mustard, roast beef, and vegetable spreads.

This book feels just right to hold, ok it’s slimmer than many of the big, all-inclusive tomes being published these days, but it is not overwhelming nor are you left wishing for more. Each carefully chosen recipe is artistically arranged on the (high quality, thick, shiny) page to draw us in and encourage leisurely browsing. The recipe is clearly laid out, so quick refresher glances are easy, even whilst baking. This book is clearly ready for a spell in the kitchen.

The photos are both beautiful and informational. In many of the recipes they illustrate crucial steps and show us how the finished product should look. 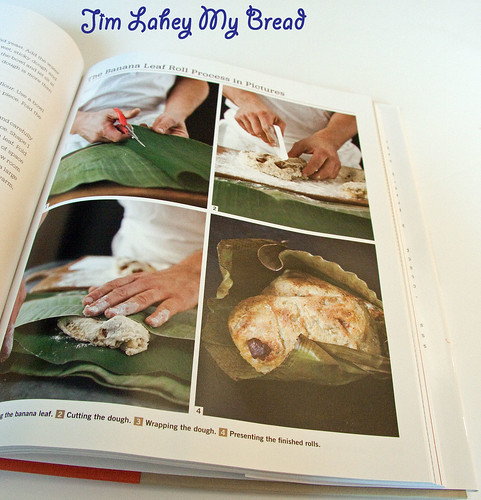 First up to try was the ciabatta, perfect to serve alongside the vat of ragu I had simmering of the stove for dinner the following day (sure doesn’t it always taste better reheated the following day?). 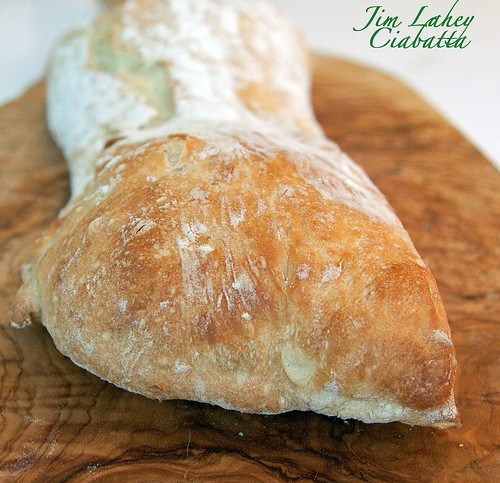 Ciabatta is a flatish, elongated bread which is traditionally slipper shaped. Ciabatta was first produced in Liguria, although at least one type of ciabatta can be found in nearly every region of Italy nowadays.

I must confess, despite feeling overjoyed with the book, I was rather sceptical that this recipe would yield a great ciabatta. I mean it is so different from traditional methods that I just couldn’t fathom how I would end up with a ciabatta that was reminiscent of the many I have eaten in Italy. How wrong could I be? Very. Very wrong indeed. This ciabatta was light, airy and yet substantial and slightly chewy; just perfect. 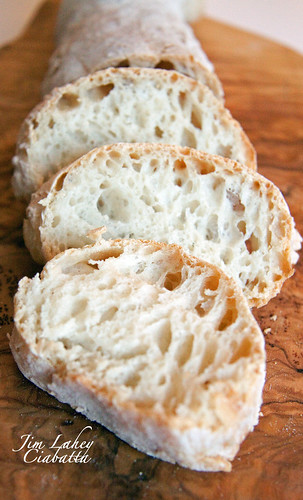 The slow overnight rise lent a slightly sweet, yeasty flavour to the dough, comparable almost to using a great sourdough or biga starter, but with much less hassle than the traditional biga recipe I used before.

Jim’s recipe is incredibly simple, involving minimal hand shaping and mixing. Basically, you start with a fairly wet dough, allow it to rise for 12-18 hours, shape, and let rise another 1-2 hours. After baking, you have a slipper shaped bread with large holes, a nice crumb, and a delectable crust.

I will be returning to this book, over and over again. 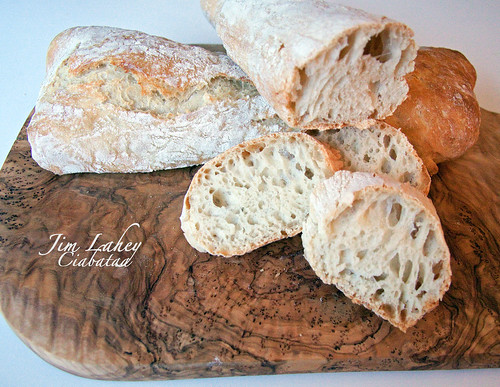