Bad, very bad, things have been done to the tomato over the years. Individuality has been suppressed. Conformity has been insisted upon. The central facets to the tomato’s very being – flavour, ripeness, juiciness – have been cast aside in favour of shelf life and regularity of shape.

Once you’ve tasted real, ripe, full-flavoured tomatoes, , you won’t be able to go back to the mass-produced supermarket rubber balls that mascaraed as tomatoes. And once you’ve cooked with them, you won’t want to open another tin of economy peeled plums, either. Now, don’t get me wrong, there are some superb tinned tomatoes out there – I make sure I buy Italian ones (Cicero are lovely).

I also grow as many tomatoes as I can cram into our greenhouse, and I relish the harvest. Bring it on – it means I can lay down some summer sweetness for my autumn and winter pleasure. 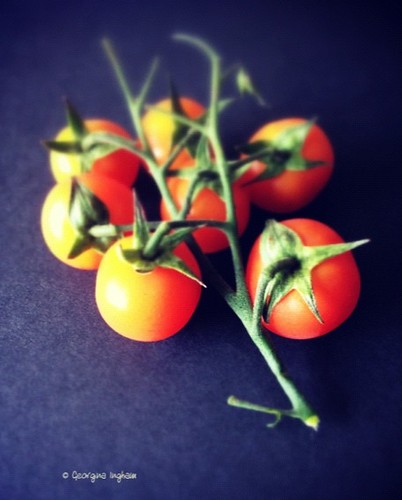 With a big glut of tomatoes I decided to make some delightfully versatile sunblush tomatoes.

These tomatoes came from my vegetable box delivery but in a few weeks time I’m hoping to have a bumper crop from my own tomato plants. Fingers crossed. 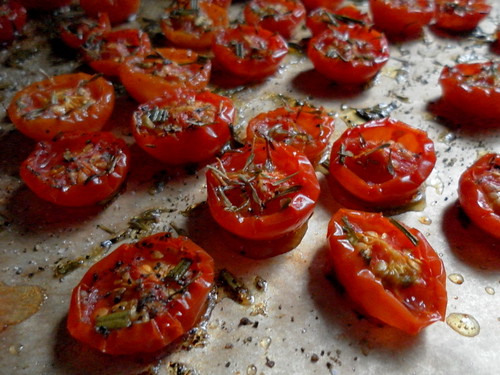 What is the difference between ‘semi dried’ and ‘sun dried’ you ask? Well the answer is really very simple. Sun dried tomatoes are fresh ripe tomatoes that are placed in the sun to remove almost all of their water content. In Italy fresh tomatoes were placed on tile roof tops as a way to preserve them for the winter.

Unlike Sunblush tomatoes the sundried variety are somewhat unattractive. They tend to resemble little shriveled pieces of chewy red leather. They can, however be a joy to eat but they usually have to be soaked in water for a while, doused in large amounts of olive oil or cooked in order for them to soften.

Personally, I prefer Sunblush tomatoes and the very best are made using plump cherry tomatoes. 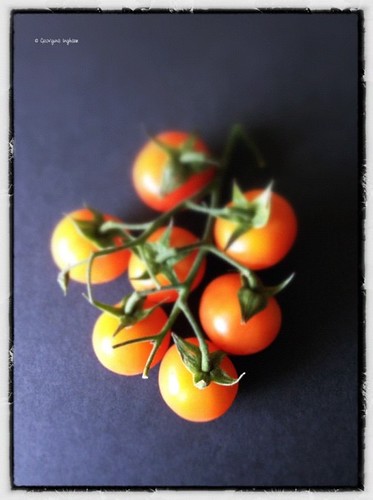 These delights are semi dried and removed from the heat at the half way stage resulting in a less chewy and instead a more plump and semi juicy tomato. They have an intense sweet summer flavour that will have you hooked from the minute you taste them. Try them with bread, cheese (especially goat’s cheese), salads, pasta, sauces, or as part of an antipasti.

Store them in a jar submerged in olive oil. 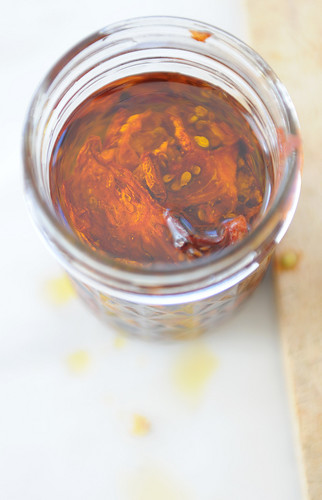