Ever since the lovely Brenda wrote about her Rocky Road Crunch Bars I’ve had the notion to make some myself, the Christmas version I made seems a long way back now and you can never get bored of these delightful wee mouthfuls, or at least you can’t if you’re a chocolate fiend like me.

Like Brenda’s mother and her Alistair’s Cakes my mother used to do something very similar – take either a cereal such as cornflakes or broken rich tea type biscuits and tip into melted ‘baking chocolate’ whose ingredients make me shudder (Sugar, Fat reduced cocoa powder (13.0%), Vegetable Oil, Fat Reduced Cocoa Powder (13.0%), Wheat Flour, Whey Powder*, Emulsifiers: Soya Lecithin, Polyglycerol Polyricinoleate); or she might go the whole hog and opt for Scotbloc cake topping instead as it was ultra glossy! Don’t worry I haven’t looked in the baking cupboard to find the ingredient list out, but online instead.

My mother would have thought the use of top quality chocolate a waste here, not because it was too bitter for my taste, but because she just didn’t give baking much thought at all and they idea of spending lots of time in the kitchen did not appeal much either, eat to live not the other way round; she did it to stop my nagging her for some baking. See I was a foodie from an early age indeed. Despite the pre pack cakes, the use of the chocolate and her fuss and moaning in general I loved our wee baking sessions, and I have to confess that I rather liked the pre pack microwave brownies that were a common occurrence in our kitchen, although whether I would now is a different matter entirely. I always wanted to be the kind of mammy who’d be welcoming her kids home from school with the waft of fresh breads and cakes from the oven and either steaming mugs of tea or glasses of cool milk, ahh maybe one day, that’d be nice.

So back to the Rocky Road Clusters. Mine contains no less than pure 75% dark Belgian chocolate and are dotted throughout with a mixture of digestive biscuits, marshmallows (containing natural colours only, just don’t ask how they did it because I don’t know) and glace cherries. I’m not one for the glace cherries but in rocky road I don’t mind them too much, put them in a fruit cake however and tut, tut, how horrid. 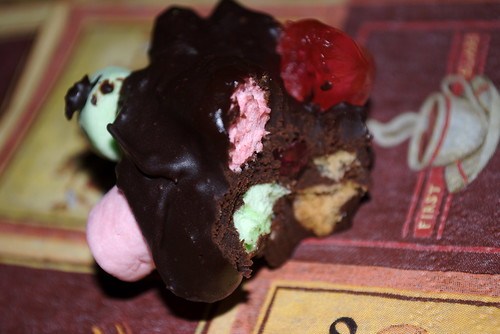 As much as I love Rocky Road Slice this time I went for the clusters, in naive thought that I’d wouldn’t eat so much of it, reverse psychology ensued and I ended up eating more in one go than I ever would have done with a slice! 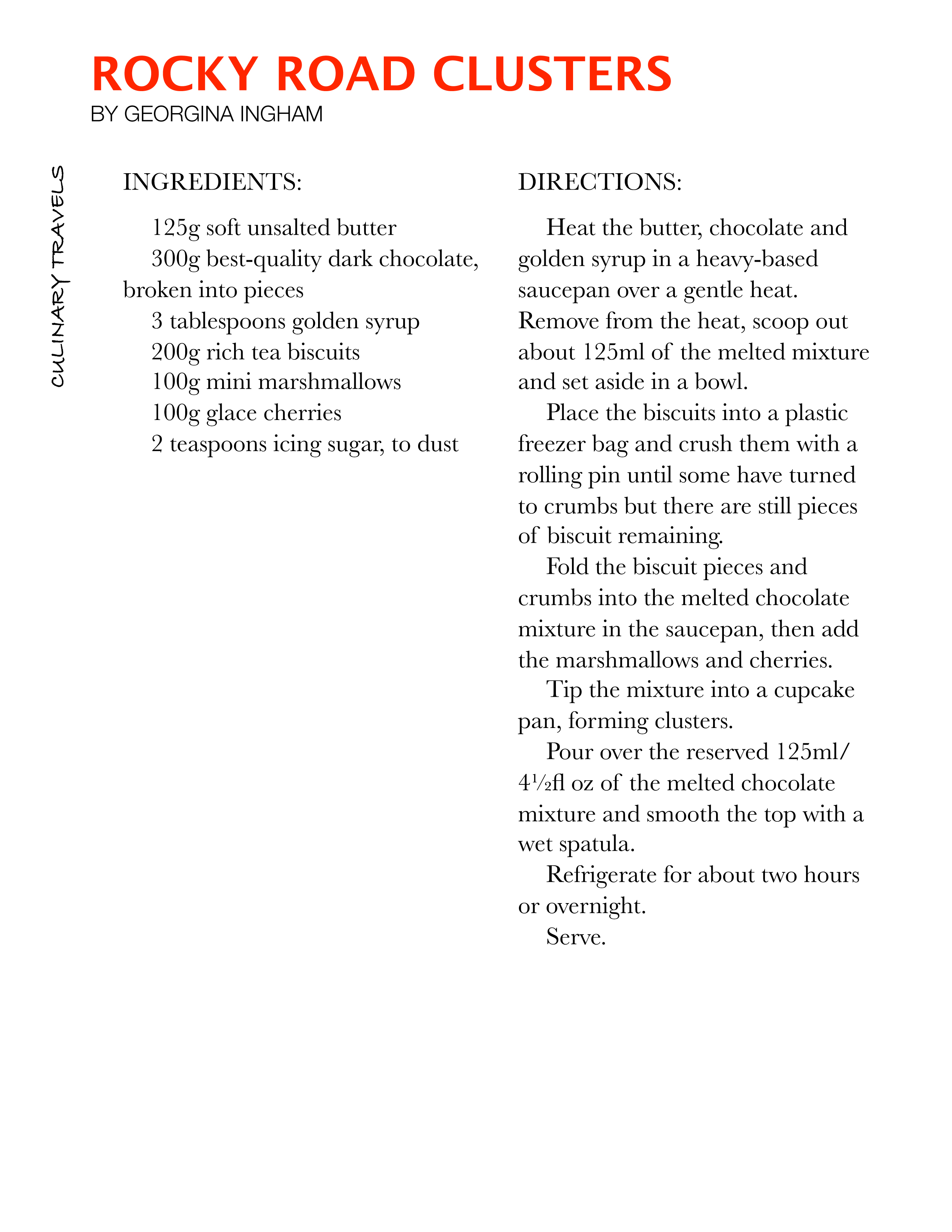