A few weeks back I was contacted by a company who aid website owners in optimising their website to gain more traffic and, in turn, more customers from the search engines; thus improving their customer base too. So how did this apply to me? What role would I have? Well I was asked to test out, and blog about, a free range chicken from Abel & Cole. Abel and Cole are company who provide an online (mainly organic) delivery scheme, from fruit and vegetables, to fresh meat and fish, right through to ecologically friendly cleaning products, they stock and deliver it.  After looking through their extensive list of produce, I reckon it would be almost possible (provided you planned well) to do your full weekly shop from them.  If that doesn’t already sound good, all products are ethically produced and no air freighting is used. One downside though is that their vegetable boxes are more expensive than a few of their competitors from what I’ve seen, and not all the produce is organic – it wasn’t until I sat down and read all the details about the chicken on their website that I noted that it wasn’t organic, such a shame really. They did however win the 2007 RSPCA’s “Good Business Award” for animal welfare.

My chicken arrived last Thursday, and it certainly did arrive early, which I think to be great service – no worrying about if your ingredients will arrive on time for supper. When I say early, I really do mean early; I was leaving the house for work at 6:30 am that day and low and behold there was a large polystyrene box on the doorstep containing my chicken. 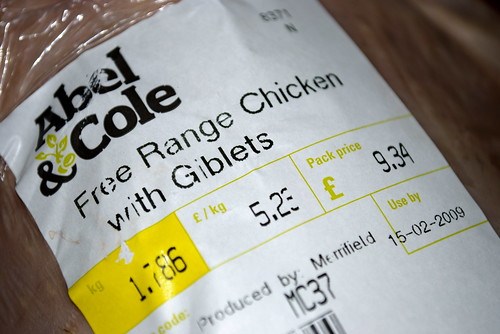 So Friday night was the night for chicken testing, I did consider doing a ‘plain roast’ so as to appreciate the chickens flavour at it’s fullest, but decided to try out a recipe I’ve had bookmarked for what feels like years instead – Bill Granger’s Roast chicken with chilli stuffing and coconut gravy, having come to the conclusion that a high quality chicken would have no problems standing up to the robust flavours contained in the recipe.

The recipe begins by making a spiced, coconut paste to spread under the chicken skin, allowing for a lovely ‘stuffing’ layer to become a separate component of the meal and for the Asian inspired flavours to permeate the chicken also, such a beautiful concept and delightfully tasting too. 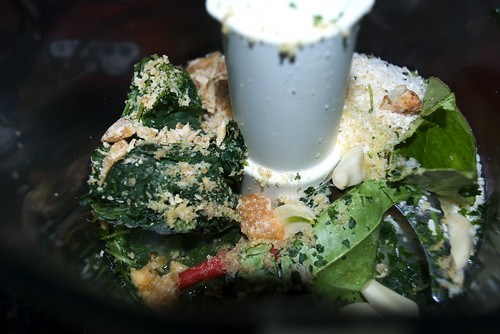 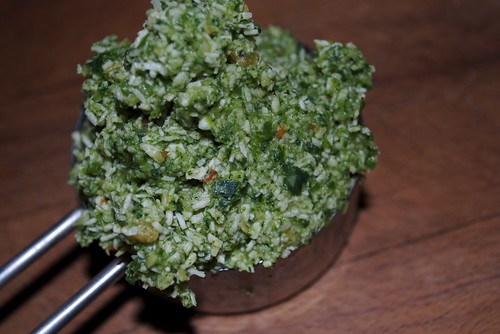 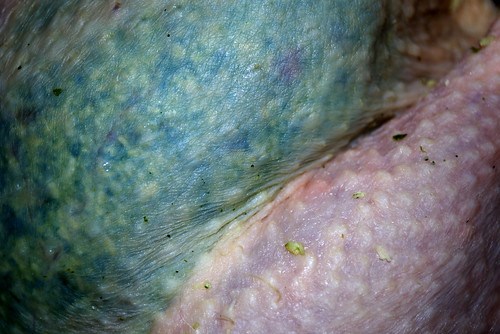 The smell coming from the kitchen while the chicken roasted was out of this world, so fragrant, utterly mouth-watering. We’d planned to eat around 6:30pm as per our usual but by the time the smell began to waft from the kitchen, we wanted to eat right away, such an appetite stimulant that it was.

If the chicken smelt gorgeous it tasted divine, gorgeous crisp skin which wasn’t overly fatty and the meat was tender, succulent and moist with not even the breast becoming the slightest bit dry, I’d like to say it was down to culinary skill alone but alas it wasn’t; it had a lot to do with the quality of the bird, the very high quality of the bird. If I didn’t have a great butcher practically on my doorstep I’d be placing order after order with Abel & Cole as the chicken was so very, very good. 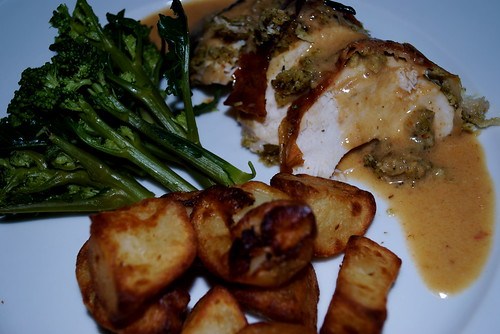 As per Bill’s suggestion I served the chicken with crisp roast potatoes which I cooked in my Actifry in goose fat for added luxury but I didn’t go for steamed greens, instead I picked purple sprouting broccoli as I’d a big bunch sent in my last vegetable box delivery.

Purple sprouting broccoli was initially cultivated by the Romans. Broccoli has been grown in the UK since the early 18th century, although the purple sprouting variety has only risen to prominence in the last 30 years. Broccoli comes from the Italian word brocco meaning branch or arm. Roman epicure Marcus Gavius Apicius, creator of one of the earliest known recipe books, describes preparing broccoli “with a mixture of cumin and coriander seeds, chopped onion plus a few drops of oil and sun-made wine.” Purple sprouting broccoli is hailed as a ‘super food’ currently as it contains the phytochemicalsulphoraphane (thought to help prevent cancer) and may provide resistance against heart disease, osteoporosis and diabetes. It is packed with vitamin C and is a good source of caretenoids, iron, folic acid, calcium, fibre and vitamin A. Somehow eating broccoli just manages to make me feel instantly more healthy.

I cut the amount of curry paste down to two teaspoons for the coconut gravy and used a whole tin of coconut milk as I wanted to make sure we’d have plenty and that it would be delicate and flavoursome rather than fiery hot, and it worked spectacularly. Both my parents were very unconvinced when I served up a creamy gravy but they both loved it and went back for seconds which is surely a great sign.

This chicken dinner will be cooked many, many times here I’m sure and I urge you to give it a go too.

I had plenty of leftovers so decided to create a Thai red curry from those and a few other pantry basics the following night. Using the left over chicken fat (from the roasting tray) I sautéed a finely chopped leek and a teaspoon of red curry paste until fragrant, before adding some button mushrooms before and the leftover ‘gravy’ along with about 200ml of chicken stock. I then added the leftover chicken, which I’d cut up roughly into bite size pieces and some shredded winter greens (stem removed) and simmered until everything was tender.  At my mum’s request I served more crisp roast spuds (she doesn’t eat rice) but I’d have rather had some Thai brown jasmine rice to soak up all the lovely curry sauce; still it remained delicious. 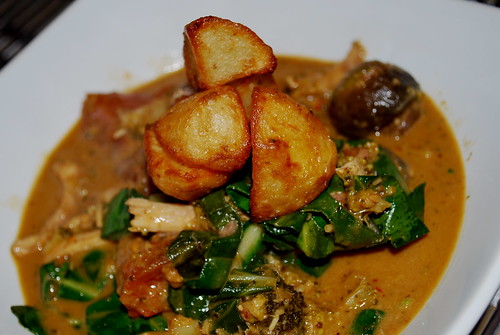 As I left the curry a little on the mild side for my mum’s preference but my dad and I prefer a Thai curry to be hotter I served a type of hot chilli sauce alongside it, allowing for the dish to be ‘hotted up’ as wished. The delightful jar of sauce came from Hong Kong, sent by my lovely forum friend Miriam, the generosity and thoughtfulness of the worldwide members of our close knit online community never fails to amaze me. 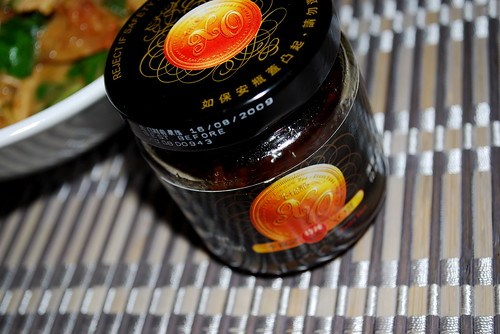 For more great ideas about how to make meals go further and how to deal with leftovers do take a look at the Love Food Hate Waste website. We all need to make an effort to do this as nearly a third of the food that we buy is thrown away. I’m sure that sometimes we all buy too much or don’t use what we have bought and end up wasting something; I know that I have occasionally been guilty of throwing away food but it is something I’m actively trying to stop myself doing and am constantly after trying to find good uses for that mysterious or lonely item at the back of the fridge.

I received an email from Abel & Cole yesterday to clarify the free-range/organic chicken issue I raised, here’s their response:

For some of our customers, eating organic meat all the time can feel a bit expensive. So we have worked with Devon chicken farmer Peter Coleman to develop a free-range chicken that is even better than the average free range bird. This is because its feed does not contain soya, and so is not contributing to the deforestation of the Amazon. You can read more about this here if you would like.

I am impressed by Abel & Cole’s standpoint on ethical food and admire their sourcing/developing a free-range bird of this quality; it is something I wish more companies would take the initiative to do. 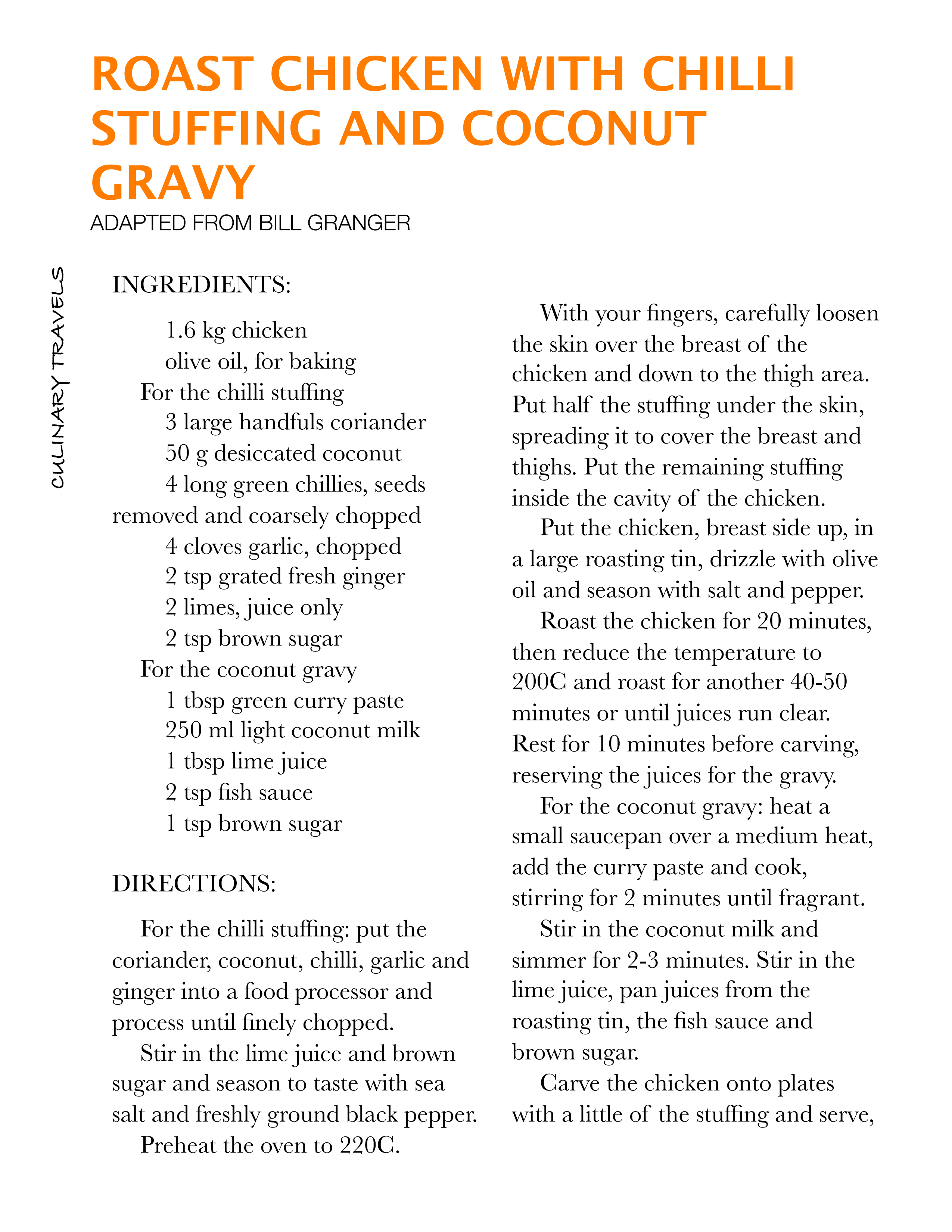