You know something good is happening in the kitchen when you you’re walking down the garden path and the smell makes your mouth water as it wafts by; or at least that’s what my mum said when she entered the house the other afternoon; what prompted this? The smell of Seville Orange Marmalade Jelly bubbling gently on the stove. The house smelt lovely, all welcoming and warm; it seemed such a shame to have the kitchen extractor fan on but as I beginning to get engulfed in a cloud of steam I had to relent and push that button.

When I spotted Riverford were selling Seville Oranges I just had to buy some. The best fruits are somewhat heavy, though they won’t ever be as juicy as a Valencia or Navel orange. Pick firm, well-colored fruit with fairly tight and undamaged skins, even on the tree, some Seville oranges will be rough and pebbly, while others will be smooth; this won’t make any difference in their use.

I’m not a big marmalade eater but I had plans to turn them into cakes etc as well as a batch of marmalade; surely it would be a sin not to make some. 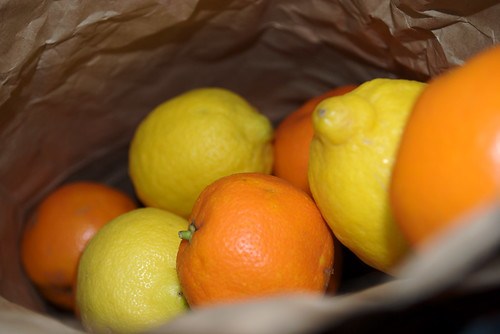 Marmalade has changed over the centuries. It started out rather like a quince paste, the fruit boiled down so it was thick and sliceable. At the end of the 18th century it started to become more refined and jelly-like with fine shreds of orange in it. Bulking it out with peel and sugar was more economical than just boiling down the juice. Now thick-cut and chunky are associated with superior marmalade, but if you’re making your own it’s up to you to have the peel the way you like it. I think it’s the shreds that put me off so I decided to go for a clear jelly marmalade. 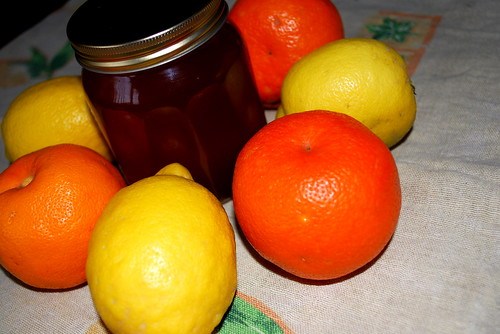 Oh and am I glad I did, I’ve never tasted marmalade like it. My morning toast is now slathered with a good layer of marmalade and I’ve more Seville oranges on order; why oh why have I been missing out for so long???

Seville oranges will be around until the middle of March in the UK so why not make the most of them and get preserving?