I must say thank you to Delicious magazine for the inspiration behind last nights recipe creation, mulled wine fruit crumble with clotted cream. I reckon I must be in full crumble mode as it’s only a few days since I made an autumn fruit crumble. I’m putting it down to the cold weather, I enjoy the cooler months and love spending the grey days pottering around the kitchen but it does rather unfortunately give me a craving for comfort food. 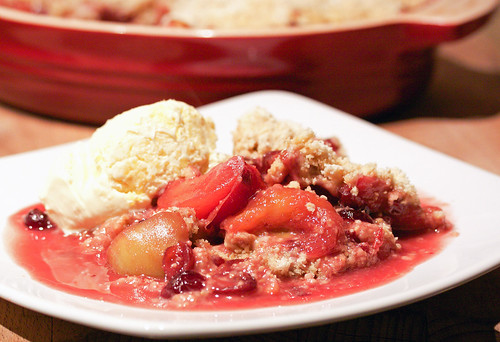 As per my normal crumble making routine I used a 50/50 combination of flour and oats to rub in with some butter and sugar to make my topping. Along with making the crumble top oaty I added some roasted, roughly chopped cobnuts. Not only do the cobnuts add a little crunch but they impart a sweetness that is almost buttery in taste, giving a little more vibrance and freshness to the dessert.

A Kentish cobnut is a type of hazelnut. Most of the hazelnuts grown in Britain are of the named variety Kentish Cob, which was introduced in the early 19th century, but growers are now beginning to plant other varieties too. However, they all taste relatively similar – more similar than different varieties of apple for example. 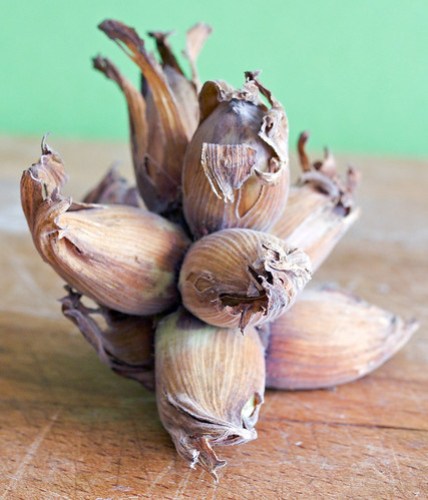 Whilst it would be possible to simply use mulled wine to simmer the fruits, I decided to use red wine which I infused with some organic mulling spices from Riverford. These spiced sachets are made by the award-winning Heron Valley using a blend of organic cinnamon, ground ginger, nutmeg and cloves. Although it is really, even for me, to mention Christmas, that is exactly what the house smelt like while the fruit simmered away in its heady broth.  The notion of Christmas being further influenced by my inclusion of cranberries, the cranberry is the Christmas fruit for me, cranberry jam, dried cranberries and nuts, cranberry juice in cocktails; but not the dreaded jars of cranberry sauce with turkey, why I do not know, but I can’t abide it.

I’d be perfectly happy to serve the simmered fruits as they are with maybe a little splash of cream or a shortcake biscuit as they’re so deep and flavoursome. That would be a good idea if a slightly lighter pudding was required. As it was I wanted pure, unadulterated, comfort and the crumble topping was a prerequisite for that.

Clotted cream is my favourite crumble serving partner but double cream or custard also work really well. The choice is yours. 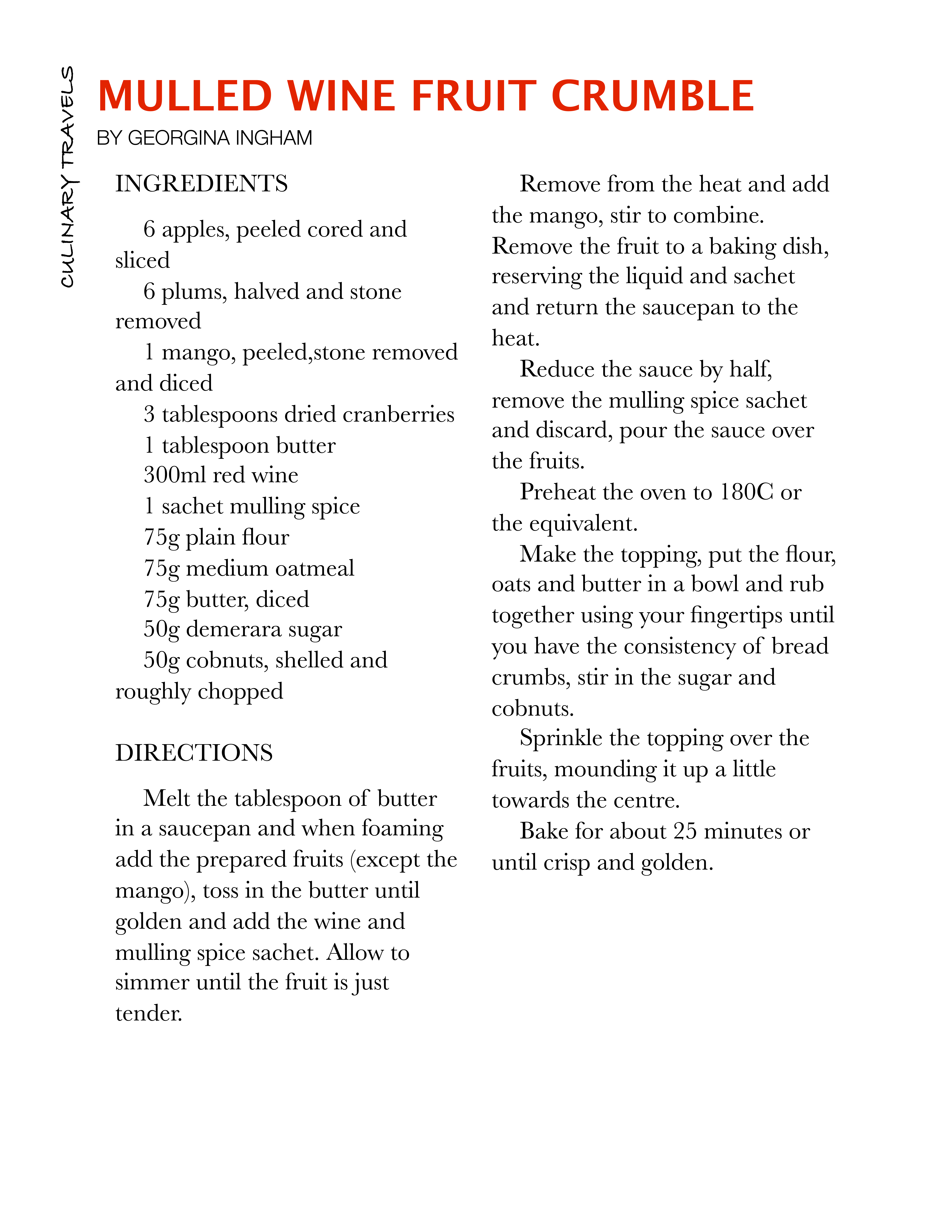