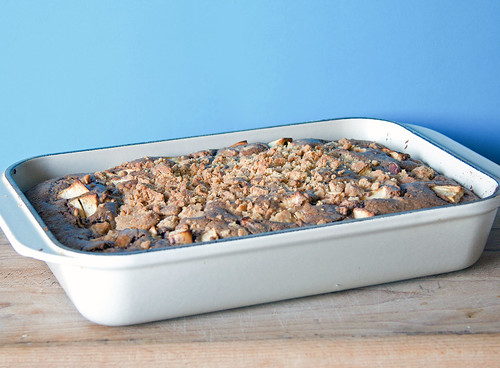 After Pear Cafe began discussing on Twitter the fact that it is National Chocolate Week this week, I decided I would just have to bake something. How could such a week go unnoticed, especially by a chocoholic such as myself?

Autumnal weather always leads me on to thinking about Bonfire Night (5th November) and the associated food and drink — mulled cider, parkin, hot mugs of soup and perhaps most exciting, especially for the children, toffee apples. I was never that fond of toffee apples as a child, they were hugely messy and I hated that stickiness, I did, however, gain a fondness for the combination of toffee and apple flavours; it was that fondness for a flavour combination that led to last nights dessert.

Based loosely on a Jamie Oliver recipe I made a Toffee Apple Chocolate Cake. The cake is basically a nut-based chocolate sponge dotted with small chunks of apples, in this case, I used Red Devil’s but any apple of your choice or available to you will work just fine, before finally getting scattered with bashed up vanilla fudge pieces, again you could adapt the type of fudge to suit availability and personal preference.

Aptly named, the Red Devil apple is a highly striking bright red colour, and a medium-sized, early season apple. A cross between Discovery and Kent, Red Devil was raised by an H F Ermen at Faversham, Kent in 1975 and later introduced at Matthews Nursery, Worcester in 1990. Compelling to look at, the flavour, however, is less remarkable unless eaten straight away, but Red Devil is sweet and juicy, crisp in texture, and the flesh is pink stained with a hint of strawberry. 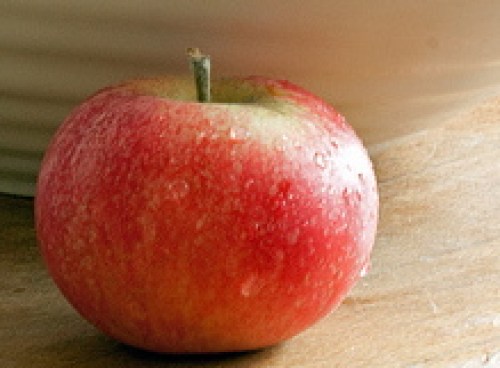 This cake is so simple to make as it is done in a food processor, you simply add everything and blitz it up together. If you pre grind the nuts and grate the chocolate it can be done by hand too but if you have a food processor I’d recommend you get it into action here.

I was expecting a cake with a brownie like texture but it wasn’t like that at all. In fact it was very light and cakey, slightly moist but still more like the chocolate sponge to be found in tins made by Heinz, anyone else remember those? They were my mums staple dessert treat for us, I seem to recall I did rather enjoy them at the time. 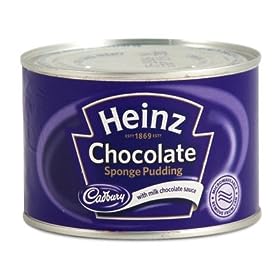 Don’t let the comparison to a tinned sponge put you off, oh please don’t, as this cake is utterly delicious, needing nothing more than a wee drizzle of thick double cream to bring it alive with a smile factor like no other. 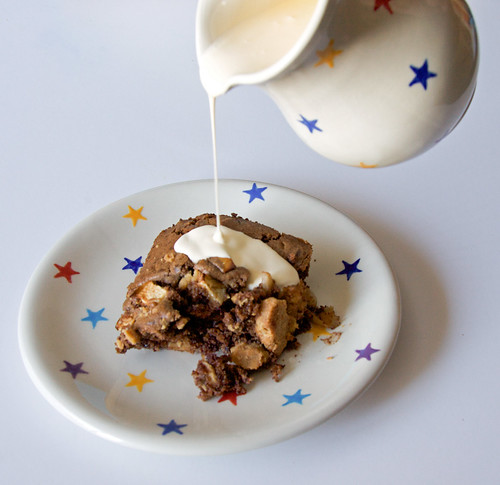 What is there not to love about a rich, buttery, sweet chocolate sponge and sweet pieces of moist, juicy apple with a hit of sweet vanilla fudge in every bite?

Hot it was soft, unctuous and warming to body and soul, cold it became more cake like and suited to mid morning coffee, both ways it was stunning

As with all things chocolate this is hardly the most healthy dessert in all the world but sometimes you need a good, old fashioned, warming pudding and anyway chocolate contains serotonin, the good mood chemical, so it can’t be all bad. 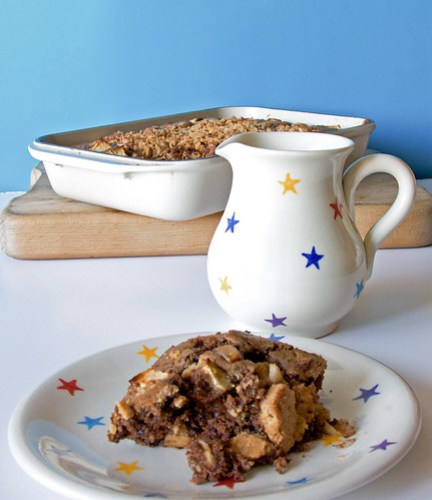 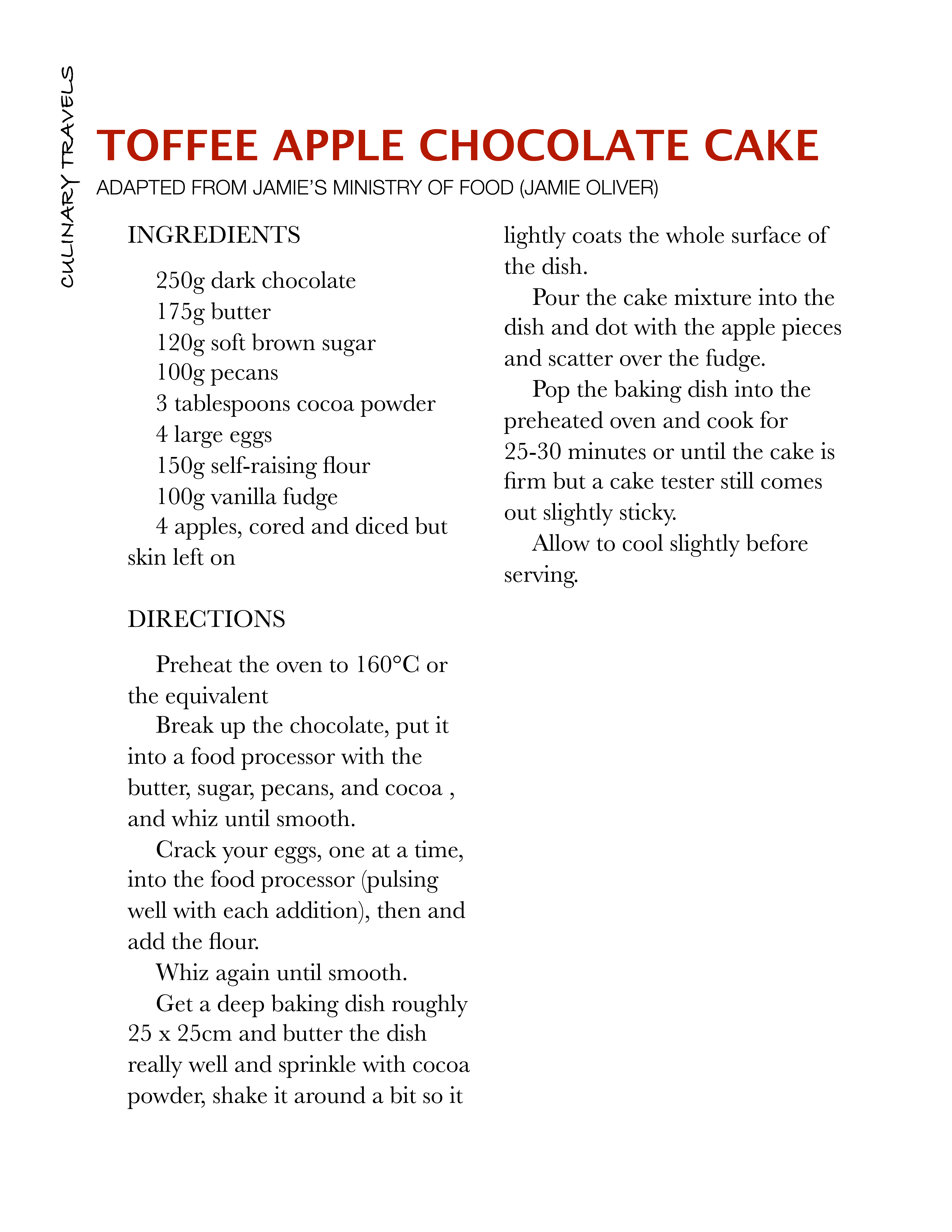