All this dreary wet weather recently has left me longing after sunnier climes, whilst I can’t just hop on a jet plane and head off into the sunset at a moments notice I can get creative in the kitchen and produce food that induces memories of holidays gone by and gives the illusion of warmth regardless of what is happening outside my windowpanes.

To combine this with a product review for Abel & Cole I headed in the direction of Spain.  Tourist ‘trap’ Spain is not form me, I’d rather be in heart of small towns and villages mingling with the locals; fabulous white washed villages (pueblos blancos of Andalucia), small tapas bars and breath taking local foods and wines.

Wine and vineyards have always held a special place in Spaniards’ hearts. According to the Consejo Regulador of Rioja website: In 1635, the Mayor of Logroño banned carriages from passing along the roads next to cellars “for fear that the vibration from these vehicles might affect the juice and the ageing of our precious wines”.

Whilst Rioja wine is from Northern Spain, hailing from its name place Rioja which is bordered by the Basque Country (province of Álava), Navarre, Aragón (province of Zaragoza), and Castile and León (provinces of Soria and Burgos); the first time I tasted a glass of Rioja I was in a small tapas bar in Gaucin, a small pueblos blanco approximately 1.5 hours drive from Malaga, where on a clear day you have views across to North Africa, a beautiful place indeed.

The Rioja Crianza Majister Bibendi Navarrsotillo 2005 I had sent to review belonged to the Crianza category which means they must spend at least two years at the winery before being released for sale, with at least one of those years spent in an oak cask. Crianza wines are still fresh and young with a light red colouring.

The Navarrsotillo wine company produce organic wines and their wines are aged in barrels made of French and American oak, and they have climate-controlled cellars to maintain and care for their flavours. 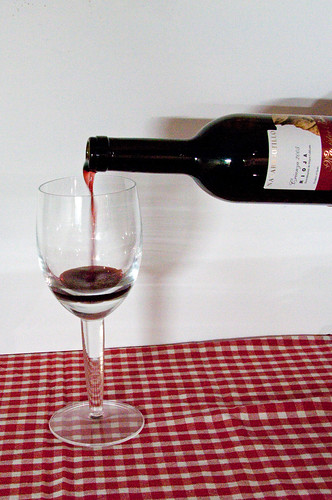 According to the Wines From Rioja website 2005 was a 5 star (excellent) year for the vintage.

This has to be one of the best Riojas I’ve ever tasted (and believe me I’ve tried quite a few). The wine has a rich ‘coating’ mouth feel and a lovely deep but fresh flavour, with hints of vanilla and spice coming through. It is lightly oaked but deep enough in flavour to please those who prefer a ‘bigger’ Rioja also. I’d be happy to drink it alongside a main meal or whilst having nibbles of tapas. I’d go so far as to say it would work well with rich flavoursome desserts too.

I chose to serve the Rioja alongside some Spanish ‘comfort food’ – lentejas, according to Sam & Sam Clark, are an institution in Spain, pretty much in the same way Fish & Chips are in the UK. Wherever you visit lentejas will be found at some point.

Lentejas is a soup come stew, heady mix of lentils, root vegetables, meats such as chorizo and morcilla. It’s not the most attractive of dishes, as we all know lentils must be the “ugly ducklings” of the culinary world – not much to look at in a bowl, but they are rich in flavour and packed with nutrients.

I used Pardina lentils which are different from most lentils, as they have a much softer and slightly creamy texture and they have an interesting pinkish-grey hue. Pardina Lentils have a nutty flavour and they hold their shape really well when cooked. Should you not be able to get hold of Spanish Pardina lentils you could substitute Puy or Castelluccio lentils instead.

The lentejas recipe I used comes from Casa Moro, the second cookbook from husband and wife team, Sam and Sam Clark, who own, run and cook at London’s Moro restaurant; another on my must eat at list. 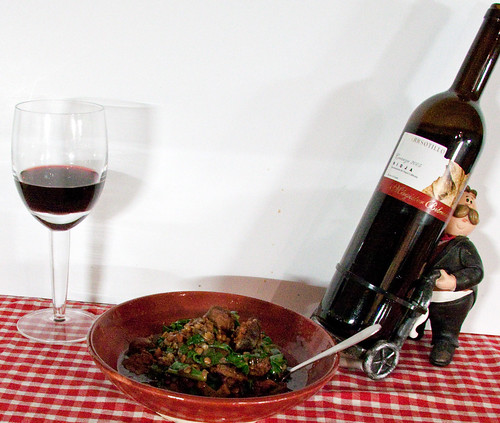 Rather than buying all the meats separately I bought a pack of mixed meats used as the basis for making many Spanish stews from Delicioso which included one medium-spiced chorizo sausage, one Morcilla sausage (Paprika-flavoured black pudding), and a piece of tocino. I also added about 200g of shredded spinach to the dish too.