When the lovely folks over at Abel & Cole sent me a fabulous selection of drinks to review, there was hidden amongst them a bottle of Prospect Sussex Pale Ale. Prospect is a traditional 4.5% Ale brewed by Hepworth& Co. a brewery based in Horsham, West Sussex (who also produce the Blonde Lager I reviewed a few days back). Hepworth & Co. produce beers and lagers in cask, keg and bottle, using locally sourced ingredients as much as possible.  Their commitment to local barley and hop growers has led to participation in the Warranty of Origin, a code of practice guaranteeing the source of ingredients and they are fully licensed by the Soil Association for the production and packaging of organic beers. 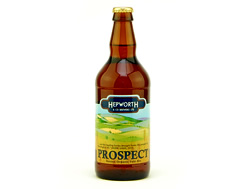 Pale ales are not normally my kind of drink; generally I find them either too gassy or too malty; gosh aren’t I hard to please; so I began to think of alternative ways I could review this ale. I’ve had a notion to bake some beer bread for a while now, so this seemed as good a time as any to get my kitchen floury. Of course I also had to partake in a small glass of the beer, how could I not? I did find it a little too fizzy for me but it had light earthy malt notes and some slightly tangy hits of flavour too; it was softly bitter and overall well balanced in flavour. Once I’d let the glass sit for a while (to reduce the gas) I actually really enjoyed the ales depth of flavour.

Beer bread can be simply made with flour, beer, and sugar. However, it will be fairly dense and heavy unless an additional leavening agent, e.g. baking soda or yeast and sugar, is added. I decided to stick with a basic yeast bread recipe, one that I’ve used many times and as such would allow me to give an honest review of how the beer flavour came through and its effect on the loafs texture. Following Dan Stevens advice (River Cottage Handbook No.3: Bread) I used a volume of 50% pale ale and 50% water – but in future I will experiment with different ratios.

It is worth noting that there are endless flavour variations of beer/ale bread possible; simply add whatever you desire to the basic dry mix. Try experimenting with different beers and ales – a darker beer will give you a deeper flavour and somewhat denser bread than a pale ale or larger.

I used malthouse flour from Shipton Mill to provide the backbone of the bread dough; it is one of my favourite and most used flours right now. It encompasses white wheat flour which is blended with three malts – whole crisp golden malted wheat flakes provide a delicious texture; a malted barley gives a soft rich malty flavour; and the dark malted rye gives a nutty flavour and relatively dark colour.

The pale ale gave a sweet flavour to the loaf with a hint of nutty malt flavour too. 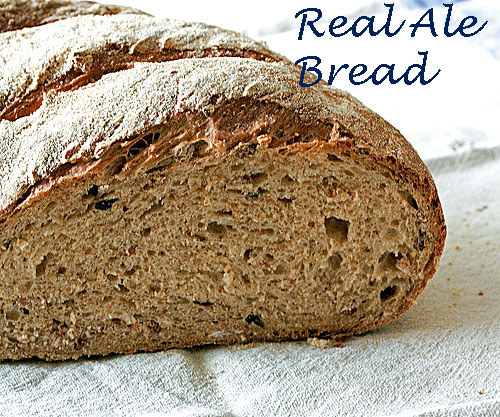 I like to give my dough three or four rises as it really does help to improve not only the flavour and texture of the finished loaf but the keeping qualities too.

I chose to serve the bread with some lovely cheddar cheese (thank you Beth as it was an item in the fabulous Food Blogger Connect goodie bag) and some home made spiced tomato relish. 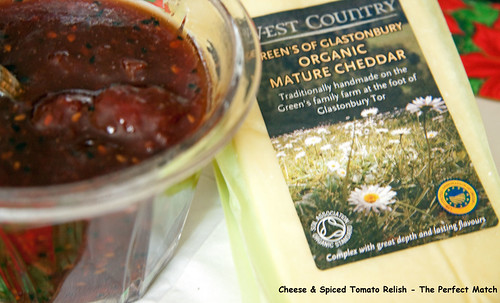 Tomato relish can be used as a spread on crusty bread or sandwiches, as a nice topping on grilled dishes and a perfect accompaniment to just about anything on you like – it is stunningly good on turkey.

I like mine fairly strongly flavoured but if you want a milder taste feel free to reduce the amount of chilli and garlic used.