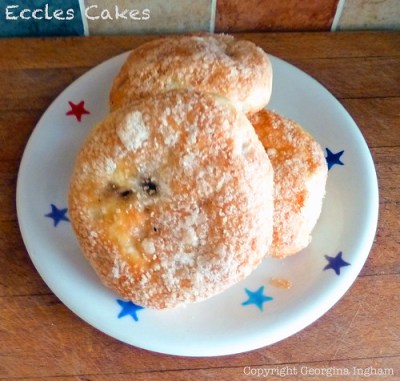 It is the Eccles cake, a deceptively simple Manchester-made confection that ranks with the world’s best baked goods.

In 1793 James Birch’s shop on the corner of Vicarage Road in Eccles began selling small, flat, raisin-filled cakes. They sold, quite literally, like hot cakes!

Earlier, in 1769, Mrs Elizabeth Raffald, the housekeeper and owner of a confectioner’s shop in Arley Hall, Cheshire, wrote an influential cookery book, “The Experienced English Housekeeper” which became a best seller. The book contained a recipe for “sweet patties” with ingredients identifiably similar to the Eccles cakes of today. Could this have been the recipe seized upon by a servant girl who took a copy of the book with her when she went to live in … Eccles?

Whatever the murky origins of the cakes, James Birch was certainly the first person credited with selling them on a commercial basis.

However, the story becomes lost in the mists of time. Although the shop’s letterhead in the 1870s showed that the firm was established in 1796, the land tax returns show that a James Birch first appeared as a “shopkeeper” in Eccles in 1785.

Whether James Birch made a name for his cakes in the 1780s, in 1796, or indeed some time later, is now impossible to say. It is equally impossible to construct a link between James Birch and Elizabeth Raffald (who died four years before the opening of Birch’s shop).

More recently the question of origin of Eccles Cakes has been raised in Parliament. A question was tabled regarding the future of cakes made outside Eccles to the same ingredients. Could non Eccles-made cakes still be referred to (and sold) as Eccles cakes?

Although traditionally made in the town from where they get their name, Eccles cakes are now famous throughout the world.

As early as 1818 they were said to be sold “at all the markets and fairs around and are even exported to America and the West Indies”.

Eccles Cakes were I have to confess, referred to as ‘dead fly pies’ whenever they appeared on the school dinners menu as I was growing up. Mind you, they were as hard as rocks and cloyingly dry. Not like these moist beauties, fresh from the oven. 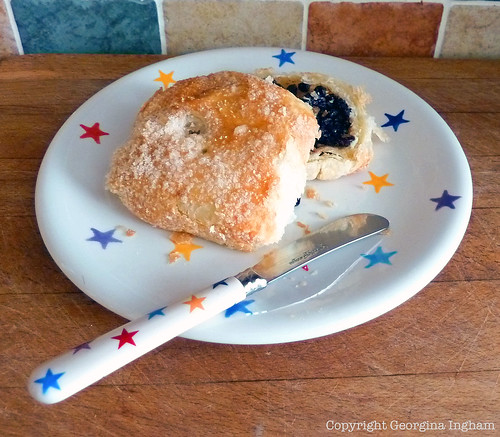 Throughout history, families making Eccles and (the similar) Banbury cakes have all kept their recipes as closely guarded secrets. One of the most famous expressions in Eccles is “The secret dies with me!”.

The authors of cookery books would therefore have had to invent their own recipes based on the taste of the cakes they purchased at different shops. 17th Century recipes for Banbury cakes do exist but show that they differ from 19th Century ones. A major difference was the use of yeast which was necessary before the introduction of raising agents.

The fact that Eccles cakes were being exported by 1818 also suggests very good keeping qualities, so they may well have included spirits such as brandy and rum. No wonder the Puritans wanted to ban them. 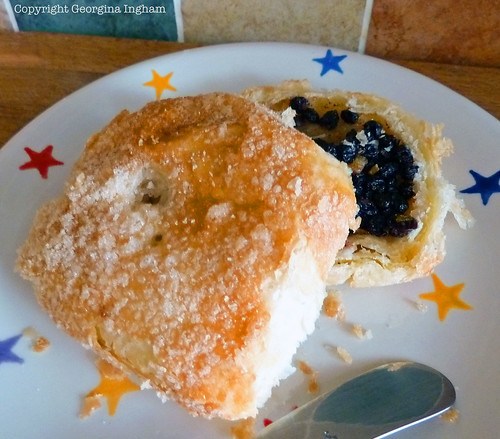