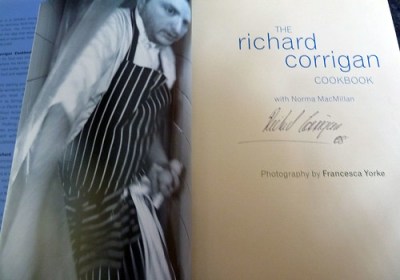 I’m incredibly ashamed to say, that despite the having a delightful collection of recipes, from the traditional Irish (Irish spiced beef) albeit with a twist, to the decadent (hot duck fois gras with apple, lime and shredded sorrel).

I decided to make my first bake, a soda bread (arán sóide). I did this for two reasons: firstly despite baking an awful lot of soda bread and mentioning it a fair bit on here, I have yet to actually include a recipe; and, secondly because Richard’s description of it made my mouth water …

“This comes from my wife Maria’s mother. It is one of the best soda breads I have ever eaten. Try it with smoked salmon”

The recipe really did make the best soda bread I have ever eaten, and that is saying something, sure I’ve eaten enough of it over the years. 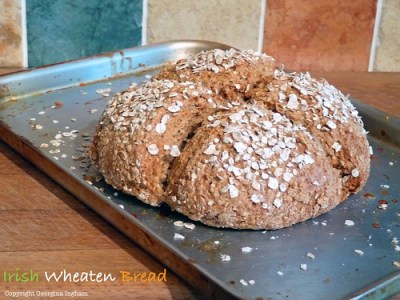 I made a couple of changes to the recipe though, I didn’t add the bran as I didn’t have any and I used brown soda flour from Shipton Mill (which as a side note does contain some flakes of bran) in place of the regular wholemeal flour Richard suggests.

In the early and mid 1800’s, rural Ireland did not have a strong tradition of yeast bread making. Baking was done in the home and, in addition to having limited supplies, time was often at a premium. The use of baking soda as a leavening agent was quick, effective and it produced a much more consistent result than yeast did. It caught on quickly, making soda breads a staple of the Irish diet.

Soda bread is heartier than most yeast breads and pairs very well with soups, stews and meat dishes. It also makes outstanding toast. The wholemeal variety (oftern referred to simply as brown bread or wheaten bread) makes the perfect partner to seafood salad.

The deep cross in the loaf is supposed to let out the fairies – so that the bread won’t be jinxed by evil spirits! In reality, of course, it just allows the heat to penetrate the loaf as it’s cooking. 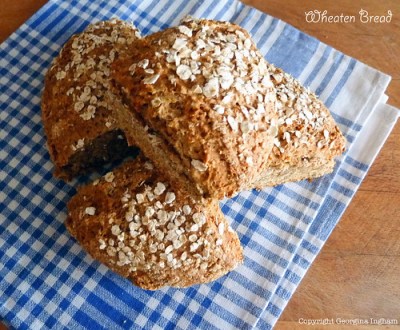 In keeping with the knowledge that wheaten bread is the perfect partner for seafood, that’s exactly how I served it. Slathered with butter, fresh from the oven with a platter of Irish seafood and a little home made lemon mayonnaise. 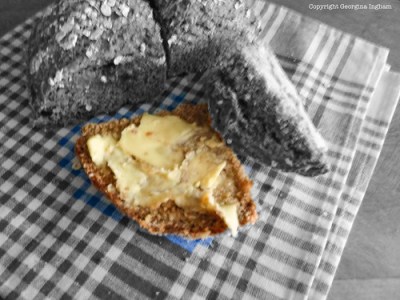 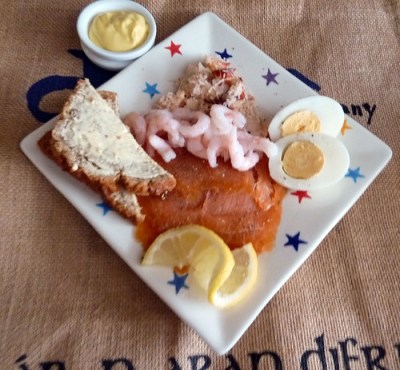 Think of Irland’s culinary highlights and one that remains high on the list is the excellence and freshness of its seafood. Think of gastronomic Ireland and you picture smoked wild Atlantic salmon, plump native oysters, seared scallops, Dublin Bay prawns, and juicy crab – all delivered from boat to plate in hours, not days. 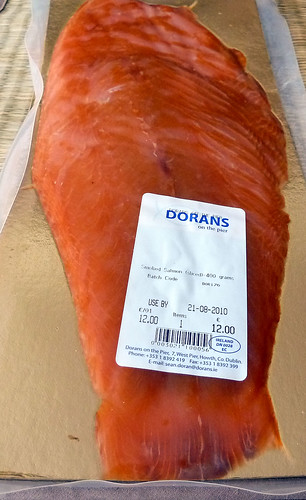 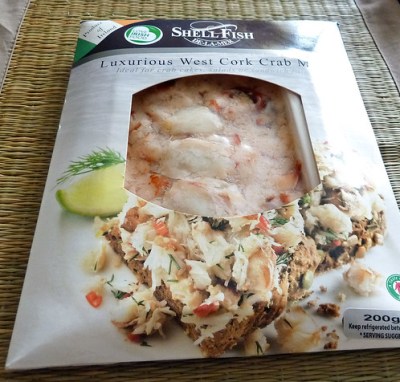