A couple of weeks back I was contacted by a local PR company who arranged for me to trial some products from Cooking Made Simple, a Loughborough based eatery and now (almost) nationwide delivery business. 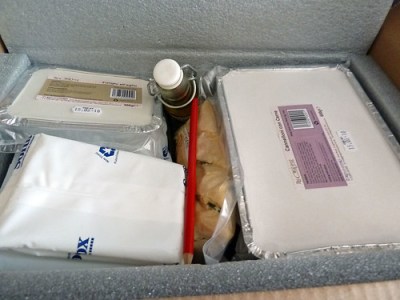 Everything arrived really well packaged and well insulated to keep the items cold. As someone who has studied food hygiene I found the additional safety precaution of a temperature tracking sticker really a really good sign – a great way of making sure the food reaches the client in tip-top condition. 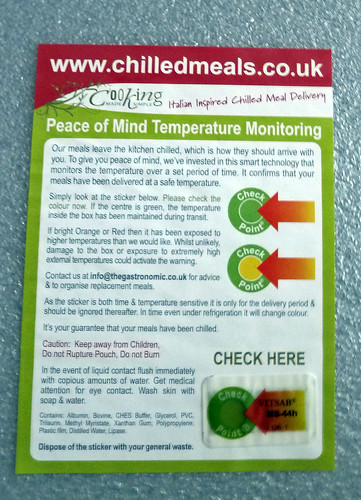 I received the following products:

With the exception of the Della Casa all the meals were delicious. They tasted and looked ‘home made’, obviously put together with care and attention. 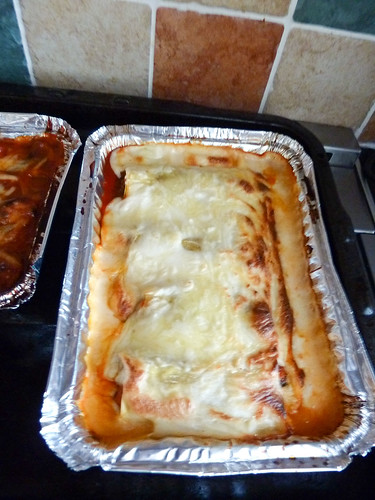 I was a little disappointed by the inclusion of cheddar cheese in several of the dishes though, surely an Italian alternative could be used? With such a wide range of cheeses available nowadays the inclusion of Italian produce really shouldn’t be an issue. 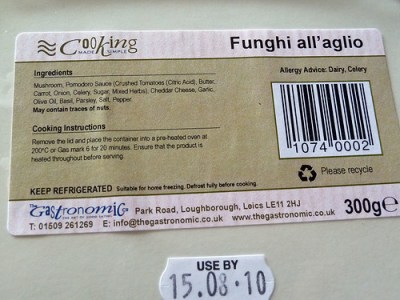 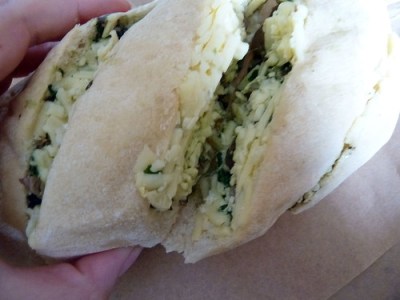 I found the Della Casa overly creamy and boardering on sickly. The onions were quite overpowering and harsh on the palate too. Such a shame considering how good the other products were. More rocket and a lighter sauce would have been advantageous.

One bug bear though – the meals (with the exception of the al forno range) come in microwaveable trays, not good if like me you don’t own a microwave. It meant I had to decant the meat into an ovenproof dish to reheat it, no major problem though and that I was a bit weary of reheating the rice. Instead of risking the rice I cooked a little ptitim with saffron butter to accompany the lamb instead and it worked really well. 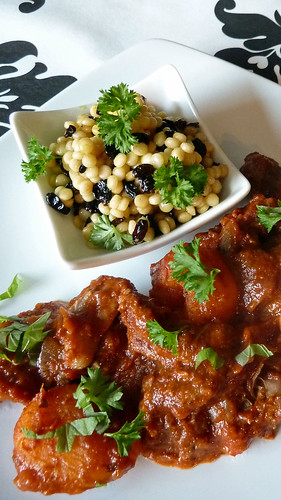 I suppose the key question is would I order from this company again, and the answer is most probably no as I have the luxury to be able to cook from fresh almost everyday due to working from home five days a week, most of the time.

Saying that I do recognise that there is a huge market out their for Cooking Made Simple: people who don’t like to cook, people who want a supply of meals available for quick & easy after work cooking and those who are unable to cook very much due to health issues.

These meals are a 100% improvement on anything you can buy at the supermarket, both in taste and in ingredient quality – they really aren’t a guilty pleasure, just a handy solution to those times when you know you won’t have the time to cook.

I would possibly turn to a company like this if I had a huge party to organise, as a top up service to compliment my home cooked ensemble of goods. This obviously isn’t Cooking Made Simple’s key target audience though as they also run Parties Made Simple.

On top of these ventures a school meals service is also available.