Summer barbecues send shivers of excitement down my spine, I simply adore the smell from the food intermingling with the  charcoal smoke as it wafts through the air. Build in a little spice into that heady smokey mix and I’m drooling.

I considered making jerk chicken once again, but as I’ve cooked that a number of times recently I thought I’d ring the changes and make another favourite of mine, tandoori chicken.

Normally I use a recipe from The Curry Secret : Indian Restaurant Cookery at Home by Kris Dhillon but I stumbled across a delicious looking recipe on the Delicious website, and after they called it the “Best Ever Tandoori Chicken” how could I not try it?

The Delicious recipe worked well, but it lacked depth of flavour, despite gaining the blackened patches essential to a good tandoori. It certainly wasn’t the “Best Ever” as claimed, I won’t be returning to it again. 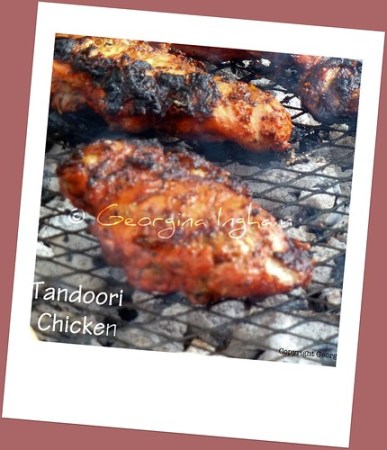 I’d recommend you cook tandoori chicken on a barbecue (even though it is technically possible to fry or bake it) as barbecuing is the closest to replicating a traditional tandoor. Traditional tandoors produce moist, smokey meat because the fierce heat allows protein molecules on the meat’s surface to cross-link and contract, trapping moisture inside – juices fall on the coals along with rendered fat, creating smoke that flavours the food. Should you be feeling adventurous you could always make a tandoor, like Jules & her husband did.

Of course with tandoori chicken you need a cooling yogurt based raita and Indian breads, oh and a huge bowl of salad too.

I would happily spoon raita into me on almost any occasion, any time of year, but, in summer they really come into their own. These dishes of savoury, delicately flavoured yogurt and the perfect fresh, cooling antidote to the spiciness of an Indian meal. Perfect, and especially so in the hot weather. 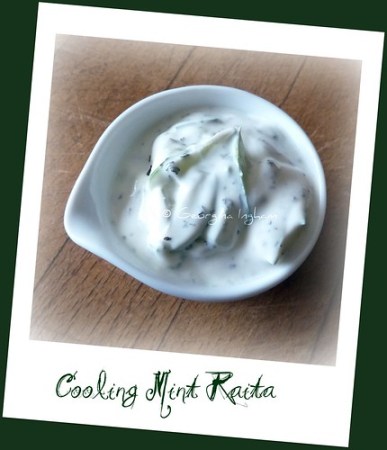 I used a recipe from Miss Masala Real Indian Cooking for Busy Living by Mallika Basu for the raita. Miss Masala is only a small book, but it is crammed with gorgeous recipes and although limited the photography is stunning, really sultry and exotic. Miss Masala is so much more than just a cookbook, this beautiful handbag-sized journal fuses irresistible Indian recipes with Mallika’s quirky and hilarious tales. In her no-nonsense, best-friend-forever style, she demystifies those glorious, exotic ingredients and spices and shows how easy and rewarding it is to cook Indian food at home. One for reading on the bus as much as in the kitchen, you are bound to laugh out loud. 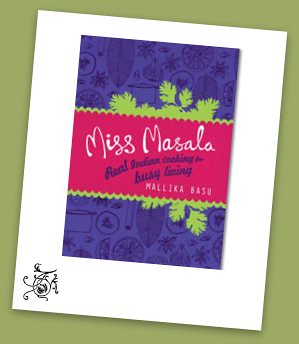 As per usual, I couldn’t help but make one slight change to Mallika’s recipe, and that was to add a splash of lime juice to give added freshness. The lime really helps to lift the sweetness of the mint and creaminess of the yogurt. My personal preference is to use thick Greek yogurt although you can use any natural yogurt.

Parathas were my bread of choice. I’d never made them before but if I eat at an Indian restaurant it is either paratha or peshwari naan that I tend to pick. I found a lovely recipe over on Mamta’s Kitchen, a fabulous site run as a ‘living cookbook’, but there’s much more to it than just recipes – handy hints and a forum to name a couple of elements, it is a treasure trove of Indian cuisine knowledge; do go have a look. 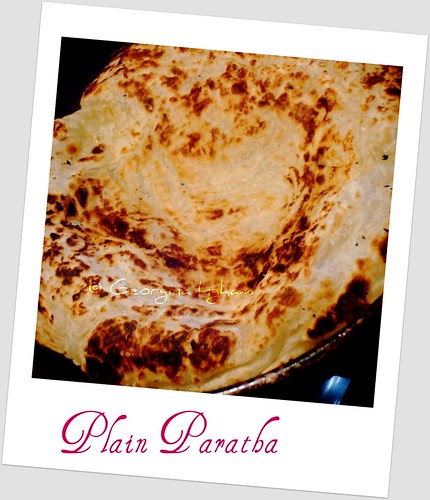 Paratha is an amalgamation of the words parat and atta and literally means layers of cooked flour.

The paratha was first conceived in the ancient Punjab region, but soon became popular all over India (and even current Pakistan), including southern India. The southern Indian states have their own versions of the ubiquitous paratha, the most popular being the Kerala porotta which has eggs in the dough. Paratha can come plain or filled. Often the filled varieties can constitute a light meal, served with various raitas.