Not so long back a PR company arranged for Miss Piggy’s, a Derbyshire based company, to send me a box of ‘truly naughty treats’. As a self confessed chocaholic it was an opportunity I could surely not miss. But, miss I nearly did. Day after day went by after the confirmation email between myself and the PR company but alas no treats arrived. Eventually (and a good few weeks later) the goods arrived. 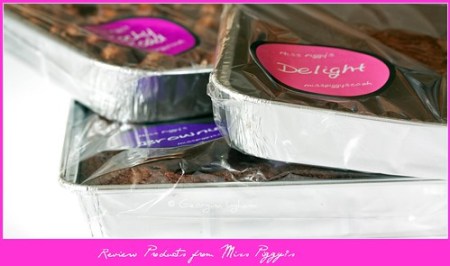 Now maybe I’m being harsh to even mention this delay, but, if delivery of goods to me as a paying customer were that slow I’d be mightily disgruntled.

Out of the products available, Miss Piggy decided to send me a standard size box of Delight (chocolate biscuit cake), Rocky Road and a large tray of Brownies. 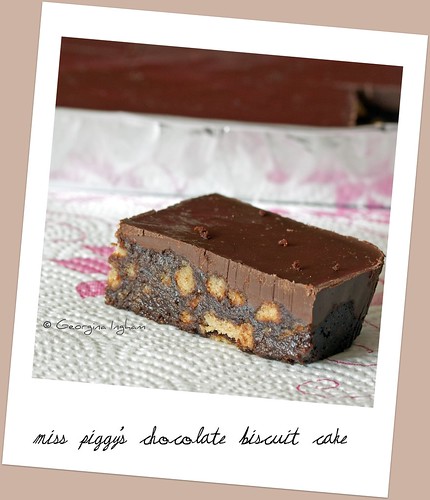 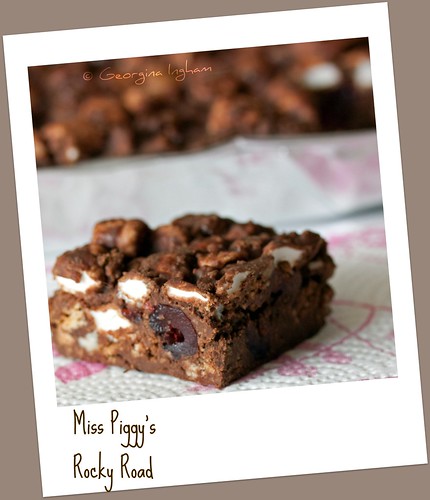 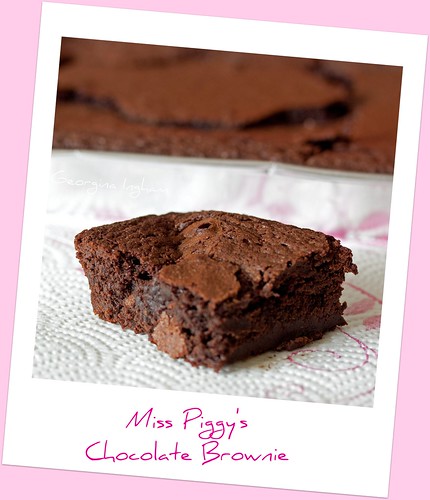 I expected to be raving about how good these products were, especially given that they have recently become stocked by Harrods. Instead I found myself raving about how ghastly they were. To make things a little fairer I enlisted the help of a few family members and work colleagues to blind taste test them, only one person claimed to thoroughly enjoy them. The rest said they found them overly sweet, clarty and sickly.

The worst offender being the ‘Delight’, which was overtly oily and instead of holding chunks of crisp biscuit had a gritty, but soft biscuit lurking within – the kind of texture you get when you’ve dunked a biscuit into a hot cuppa that once too many and it goes mushy. Just look at the greasiness: 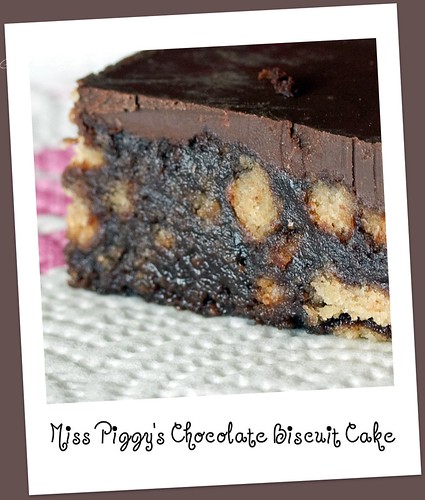 The ‘Rocky Road’ didn’t fare much better. The texture was good, chewy and with a good proportion of rocky to road but from that point on things took a rapid route down a steep hill. The whole thing was just swamped by the taste of almond essence (due to the inclusion of the amaretti biscuits), not even the glace cherries could survive against their blanket. 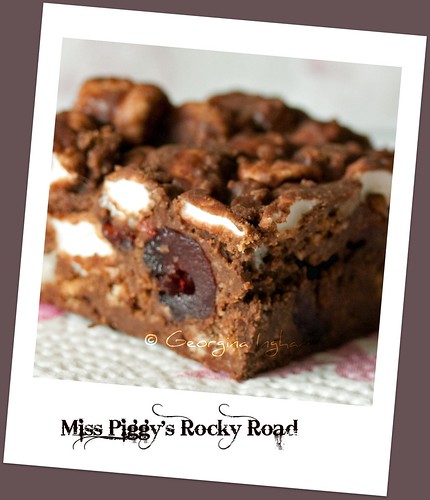 The brownie was akin to the kind of brownie that can be made with a packet mix – the kind of thing my mother used to bake with me as a child – squidgy yet dry in the mouth. This stems, I think, from the fact that no ‘real’ chocolate actually is included in the recipe; according to Miss Piggy’s website the brownies contain cocoa and chocolate flavour coating.

In fact, none of the products I reviewed had chocolate listed on their ingredients lists; they had cocoa and chocolate flavour coating listed, and in the case of the ‘Delight’ margarine is listed instead of butter. Should they convert to using a better quality of ingredient such as 70% dark chocolate and butter I’m sure the products would improve ten fold.

The items were (quantity here not quality) good value for money, all the boxes divided up into more slices than Miss Piggy suggests whilst still maintaining a decent portion size and all worked out at less than 80p a slice. To be honest though, I’d rather pay that bit more for a quality product, after all it is quality not quantity that matters, yes? 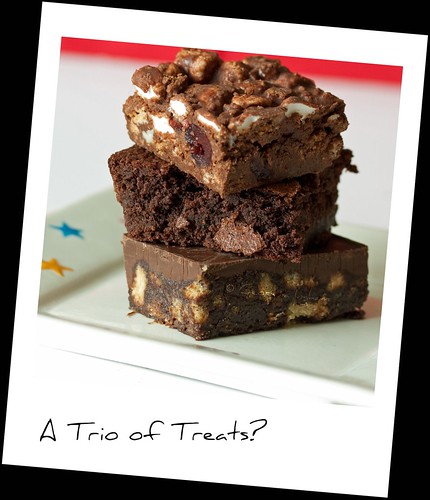