This week is National Cupcake Week here in the UK. It runs from 13th – 19th September. It’s only the second year of this event organised by the British Baker Magazine to highlight the joys and delights of all things cupcake.

Truth be told I’m not really a cupcake fan. I’d rather munch on a slice of cake or a biscuit. The trouble with cupcakes is that the cake seems to fall by the wayside – it is all about the frosting. And in many cases that frosting is sickly sweet and garishly coloured.

Regardless of that I decided to make some cupcakes yesterday. Well given that it is cupcake week, I had to, didn’t I? 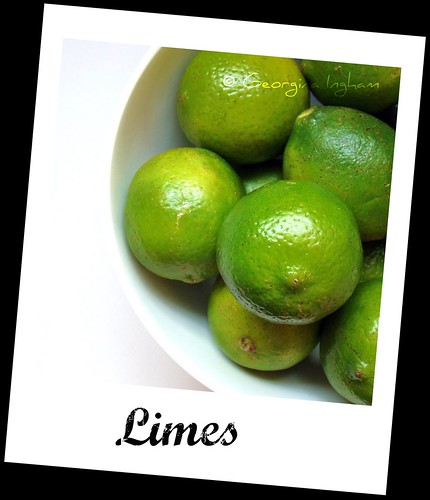 With a bowl of limes waiting eagerly to be used up and a hankering for some Floridian sun my recipe choice was simple – lime cupcakes. I’ve named them Key Lime Cupcakes after one of my all time favourite desserts: Key Lime Pie.

I did however, leave the garish food colouring well alone and let the natural flavourings shine through. 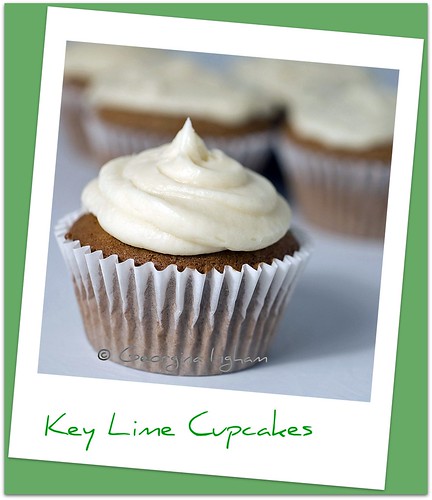 As the name would imply these delicate sponge bites have a tangy but sweet flavour.

The frosting is a most basic cream cheese one. I added a couple of tablespoons of pavolva magic, a rather magic ingredient which my lovely friend Gail sent me from Australia. It isn’t necessary to add it you will still get a delightful frosting but this powder takes it another dimension altogether, metamorphosing it into a light, marshmallowy, pillowy consistency. 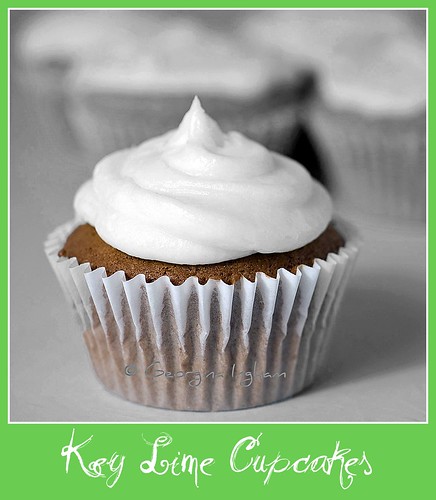