Nothing can beat a steaming hot bowl of porridge for breakfast, or even lunch, on cold winter days. Not only is it a delicious way to start the day, it’s highly nutritious too.

Oats are among the healthiest of cereals. This is because they are high in fibre, containing a good balance of soluble and insoluble fibre. Soluble fibre is found in all fruit and vegetables but is particularly rich in oats. There is scientific research which suggests that soluble fibre from oats, when taken as part of a low fat diet can lower cholesterol and may help lower the risk of heart disease. Oats are naturally low in sugar, salt and saturated fat. 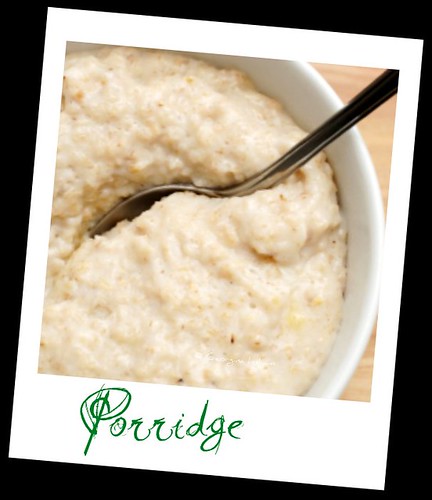 Porridge is one of the oldest Irish foods. Eaten for breakfast or supper, it could be made not just from oatmeal but from wheat or barley. It could be cooked with milk, buttermilk or water and flavoured with salt, butter or honey and in later years sugar.

The 7th century Brehon Laws regulated the types of porridge taken by the children of different classes who were being fostred:

In the 11th century tale Aislinge Meic Con Glinne, the hero dreamed of “fair white porridge made of sheep’s milk” and of “porridge the treasure that is smoothest and sweetest of all”.

We seem to be in the midst of a porridge renaissance, with everyone from McDonald’s to top restaurants serving it. Supermarket shelves are crammed full of oat products, but before you are tempted by exotic-sounding, fast-cooking porridges, take note: making porridge is a serious matter.

My favourite oats are McCann’s steal cut and Flavahan’s large porridge oats. Of course by rights you should use a spurtle to stir your porridge, but a wooden spoon will do just fine. 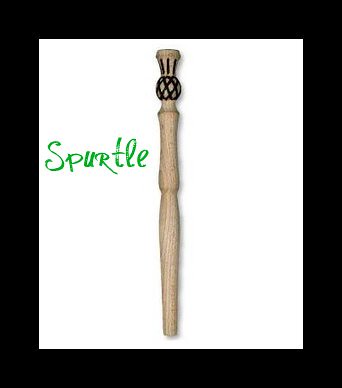 Spurtles date from around the fifteenth century and they were originally a flat, wooden, spatula-like utensil, used for flipping oatcakes in a hot oven. Over time, this implement changed shape and began being used specifically for stirring porridge.

There are many ways to eat porridge, with fruit, salt, sugar, treacle etc etc. Me? I like my porridge drizzled with honey and a splash of double cream.

What is your perfect way to eat porridge?