December is here again, and lurking temptingly around the corner is Christmas. For the foodies amongst us this spells a time of intense activity – cakes, puddings and preserves to be made, meats to be sourced, food orders to be placed; and, on top of that all the present buying and organising too, not to mention the decorating of the tree! But, what fun will be had whilst this all goes on.

A few weeks back I was approached by a PR company on behalf of Merchant Gourmet to see if I would be interested in entering a competition they are holding: to come up with a recipe using their ready to use whole chestnuts. 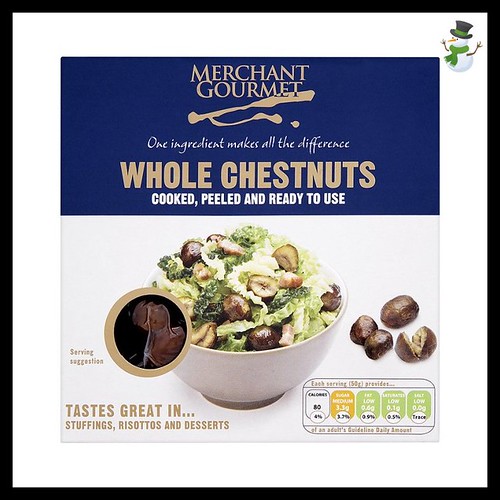 Sure enough I said yes and set too, planning several recipe ideas, before finally settling on a cake.

I went for ‘Festive Cupcakes’ that would suit as either a cake with a ‘wintery feel’ or a lighter alternative to the traditional, heavy Christmas cake.

The cake was based around a standard fruit cake recipe, but had a percentage of the regular plain flour swapped for chestnut flour (chestnut flour is gluten free – great news for coeliacs. and can be used in place of plain flour but is usually used in conjunction with other flours as it is very dense), and included the Merchant Gourmet chestnuts roughly chopped and folded through the mixture, along with dried raisins and cranberries. A double whammy of chestnut joy. 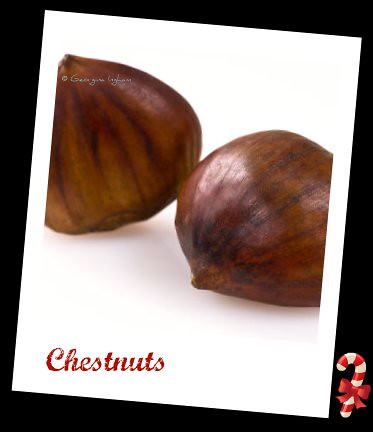 Chestnuts are shiny brown nuts whose thick casing has long, sharp, needle-like spikes (burrs). There are usually two to four nuts per casing. Unlike other nuts, chestnuts have a high starch and water content but low protein and fat levels. They’ve never been as popular in British kitchens as in Continental ones, but they’re a versatile and flavourful storecupboard ingredient, that I feel we should make more of. Chestnuts are available fresh, ground (flour), dried, puréed or vacuum-packed.

This is the non-cake makers cake, it is ludicrously simple to make, a complete breeze of a task amongst the stress of the festive season. I have included a jar of homemade no cook marmalade in the ingredients, but, should you wish so it could easily be swapped with a jar of shop bought marmalade of your preference.

These cupcakes have everything going for them, everything that is except staying power. That is to say that unlike the more traditional of Christmas cakes, these cupcakes will not take well to sitting in a tin prepared weeks in advance – they need to be eaten fresh, within a couple of days of baking.  No hardship let me tell you.

Decorate the cake as you wish – Royal icing for the traditional route, or go contemporary as I did and use a white chocolate cream cheese frosting. 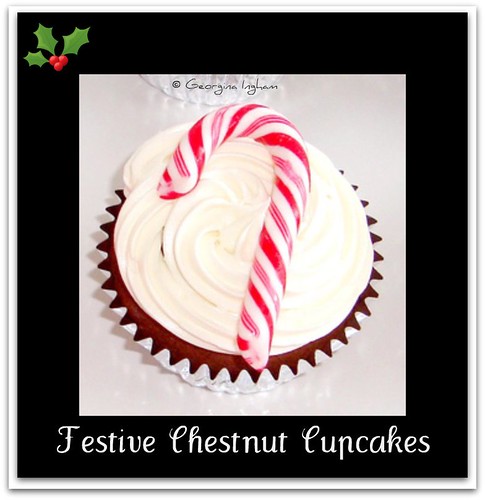 With the snow falling, making the countryside look like a winter wonderland, and the smell of these festive chestnut cupcakes (and a few traditional Christmas cakes) wafting from my kitchen, it certainly is beginning to feel a lot like Christmas … what’s the betting though that we’ll have all the snow now and none on Christmas day?