Our weather took a turn for the better the other evening, glorious sunshine and a barmy warmth. This called for al fresco eating and food that didn’t really need all that much preparation in a hot and steamy kitchen.  I also wanted something that would leave left overs for a cold lunch the following day for me to take to work.

Goats Cheese & Red Onion Marmalade Quiche was the name of the game and it was scrumptious. Very light but filling and perfect for a light summer evening meal. 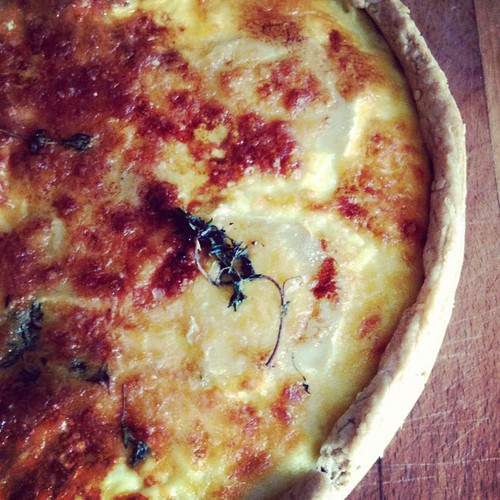 Quiche is now thought og as a classic dish of French cuisine but it actually originated in Germany, in the medieval kingdom of Lothringen, which the French later renamed Lorraine, hence the classic Quiche Lorraine, of which there are now many variations and takes upon. I suppose the quiche I made is simply a variation on the quiche Lorraine theme too.

I love a good quiche, they’re such a delight to eat if made well. The crisp buttery pastry combined with a silky smooth creamy middle, ooh summer time bliss. This recipe I think makes the perfect quiche, and believe me I’ve been trying to find the perfect one for years.

I used a home made red onion marmalade and a rich, strong flavoured goats cheese, but the flavourings can be altered as you wish. Do bear in mind though that you need a strong cheese to stand up to the sharp, yet sweet red onion marmalade. 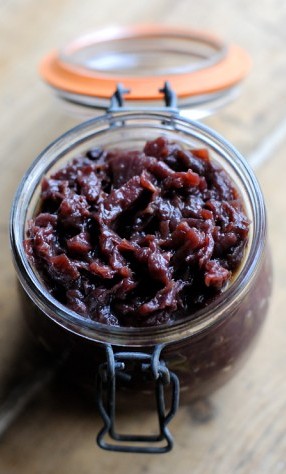 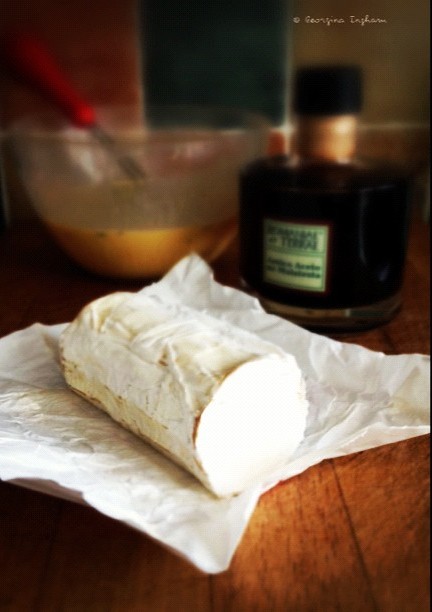 I would recommend that you only use a thin spread of onion marmalade – as you can see from the photo’s I used a little too much and it was a little overpowering when hot, surprisingly though this wasn’t the case when eaten cold. 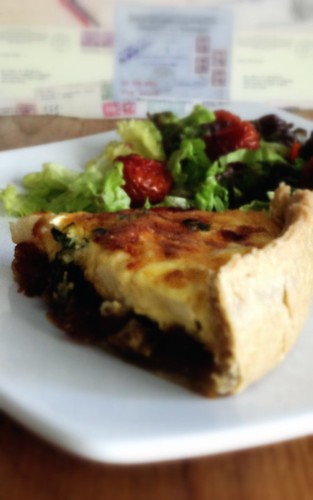 To enhance the flavour of the quiche I added a little fresh thyme from the garden which lifted the dish from something okay, to delicious. Isn’t it amazing what a few herbs can do? 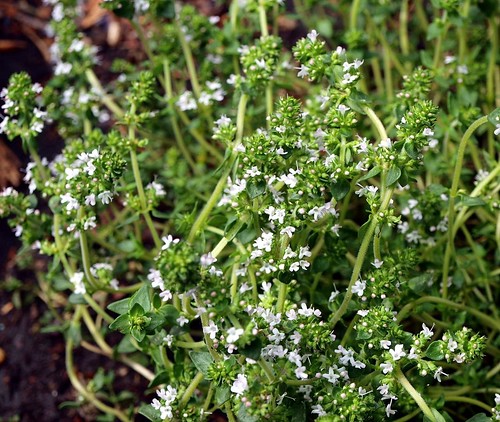 A pretty basic quiche then? Yeah, I suppose so but, it has a twist. A twist, I hear you say? Where? How? The twist is in the pastry; I used barley flour to make it and the result was out of this world – so crisp & short.

Barley flour only contains a small amount of gluten, so is much more easily digestible than wheat flours. It has a has a mild, but very slightly nutty, flavour that complements both regular and whole grain flours. You can substitute it into a regular recipe for up to half of the ordinary flour without compromising the texture of the baked good (with the exception of very delicate/sensitive baked goods, like angel food cake, that rely on the presence of a precise amount of flour to work well). In fact, because it has a low gluten content, it can actually help to tenderize baked goods while still lending enough gluten to the recipe to allow it to rise properly. When compared to regular plain flour, there are some nutritional benefits to barley. It has slightly fewer calories and more than four times the fibre of white flour It also has slightly more fibre than whole wheat flour.

It needed no more than a simple side salad, and a glass of wine. 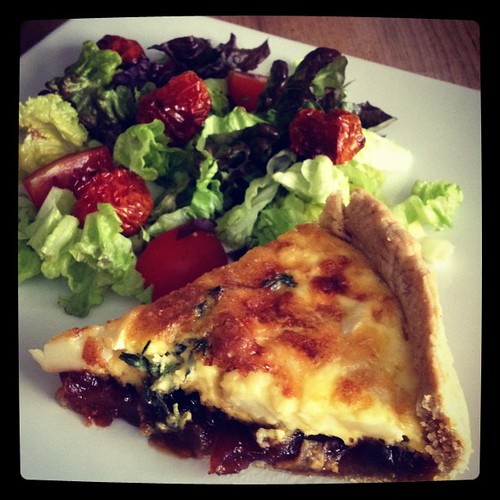