During my early teenage years my family and I spent several holidays in the Sunshine State of Florida, mainly in the Florida Keys, yes we did Disney too but the Keys offered so much more for us – a chance to see the ‘real’ Florida, eat well and relax.

One of my favourite foods to eat there, in fact I ate it as a starter most nights, was clam chowder. Back then I assumed this chowder was a typical Floridian food but as my food knowledge expanded I realised that the version I’d been eating for so long was in fact typical of New England.

I suppose really it doesn’t matter so much that I was unaware of the recipes beginnings as it created a great and long lasting love of the dish.  Many attempts have since been made at recreating this beauty at home but until last night they were totally unsuccessful and way off the mark.

Last night I hit the jackpot! Rich, creamy, warming but suitable for summer soup that had a similar flavour and texture to the one I’ve been dreaming of for all this time. The secret? Well I reckon it was the Bay Seasoning I added. I’m probably way off the mark with how true that is, but hey it allows me to recreate the dish to my tastes so that’s no big problem at all. 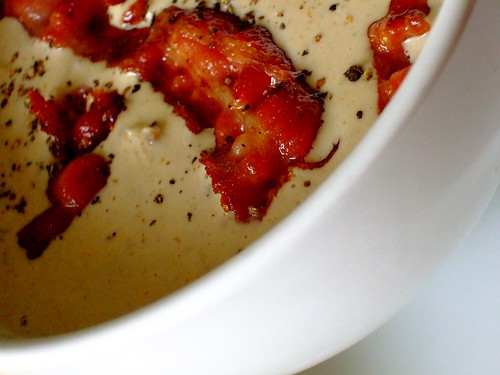 I used a combination of clams and shrimps in the chowder, but omitted the standard inclusion of potatoes, a shame really as I think they’d have worked really well. The combination of seafood work really well, giving a little more flavour and texture to the dish.

I like a pretty much smooth soup so I blitzed all the base ingredients and cream before passing the liquified ingredients through a sieve and reheating. The seafood and a few sweet corn were added right at the end, needing only a couple of minutes cooking.

Traditionally clam chowder is served with saltine crackers but I chose to serve a more filling option – an adapted version of Nigella Lawson’s garlic hearth breads. The original recipe is to be found in one of my favourite books, How to Be a Domestic Goddess: Baking and the Art of Comfort Cooking 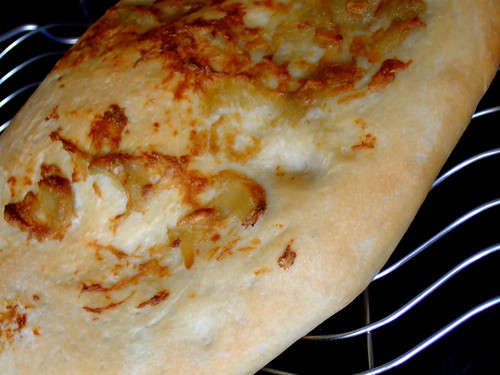 The bread worked perfectly with the soup. Not at all overpowering with the garlic, it just added a sweet caramel type flavour to the meal as it was used to mop up and dunk into the soup. I can’t rave enough about how great this bread is – light, fluffy bread that is perfect for serving with soups, stews, salads or just some cheese for a light lunch, but above all the recipe is so versatile and open to the addition of other flavourings.

Sunshine food at its best. 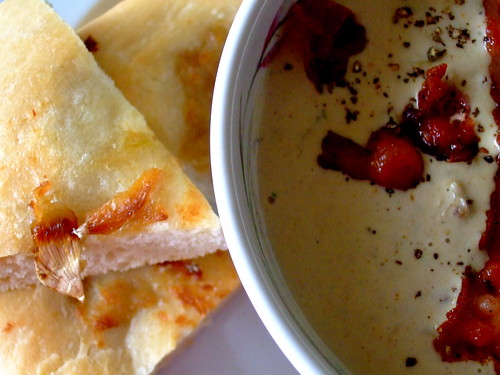