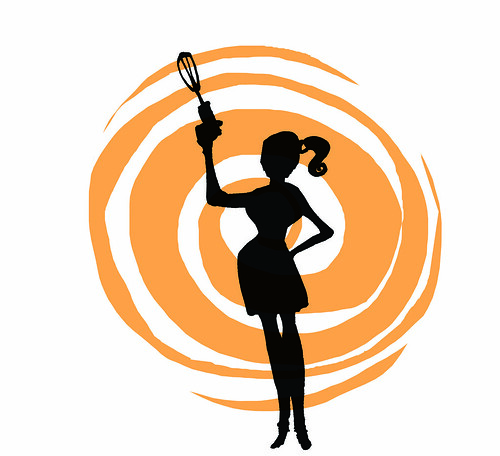 How sweet it is to be a Daring Baker, great challenges to further our baking know how and the excuse to eat cake, could anything be reason more to join up?  No I didn’t think so either.

This month the challenge was set by Mele Cotte, the owner of a fabulous blog.  So what was this challenge I hear you all ask? Filbert Genoise with Praline Buttercream from Great Cakes: Over 250 Recipes to Bake, Share, and Enjoy

by Carole Walter. I didn’t own this book so quickly headed over to Amazon, how could I not order it? Shame it hasn’t arrived yet but still it wasn’t essential for the completion of the challenge as the recipe was typed out ready for us. 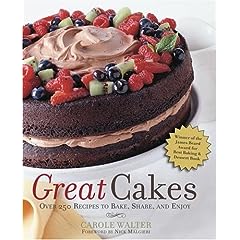 A genoise is a sponge cake hailing from the city of Genoa in Italy, which relies on large volumes of air to make the cake rise as they contain no chemical leavening agents. They are also different in that they contain melted butter and therefore do not follow the typical creaming method of most sponges, this makes them more flavoursome and tender.

This genoise was different again in that it’s based on ground nut meal with a little added flour, giving the need for a slightly different method to that expected. The nuts provide a great tasting base to the sponge and help its ability to soak up the lovely syrup. 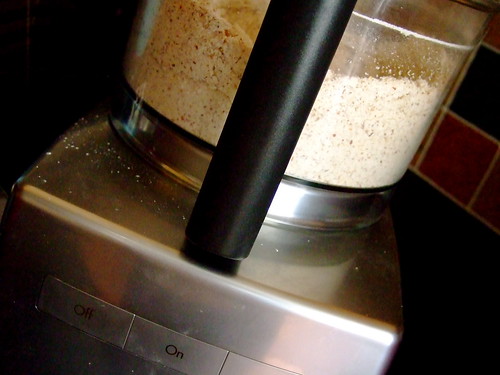 The cake was a wee bit stressful to make, not because it was overly complicated really but because I tried (as per usual) to complete everything within a couple of hours instead of taking my time.  I know I should try and slow down but I never too, too many things to do and not enough hours in the day is a saying designed for me I think.  Obviously I take after my Dad as he is exactly the same.

Thank goodness for Kitchen Aids too, I don’t think I fancy doing all this work by hand, although the results would be well worth it I suppose. The washing up however, well that would be a painful chore, how pleased I am that we invested in a dishwasher when the kitchen was refurbished last year.

Genoise sponges have a reputation for being difficult to leaven, but I didn’t have any problems, in fact they rose beautifully.  Maybe it was because the recipe contained clarified butter or maybe it was the organic cake flour I used from Shipton Mill which I triple sifted prior to using. I don’t know but whatever it was it worked and it worked well, so no complaints from me on that count. 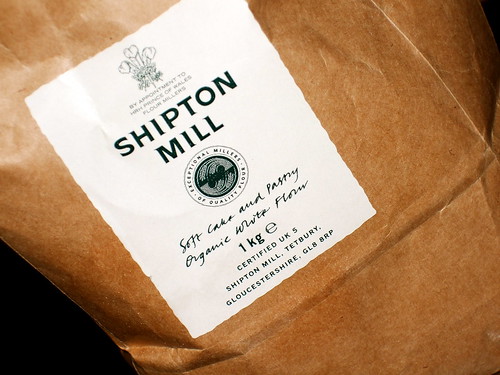 I stuck to the recipe really well for me (ok ok it was a struggle not to go playing about with it), changing only a couple of things – limoncello for the liqueur and lemon marmalade for the jam glaze, changed the vanilla extract to almond to intensify the nuttiness, oh and I added all the praline paste to the buttercream not the specified amount as it just wasn’t nutty enough for me without it.

Limoncello seemed to be the most obvious choice for the alcohol content given how well lemons and hazelnuts pair up. The other option of course would have been frangelico (one of my all time favourite drinks) but that’s not easily available locally so limoncello it had to be.

The limocello I used was brought back from a trip to Italy, although home made would be even better I reckon. 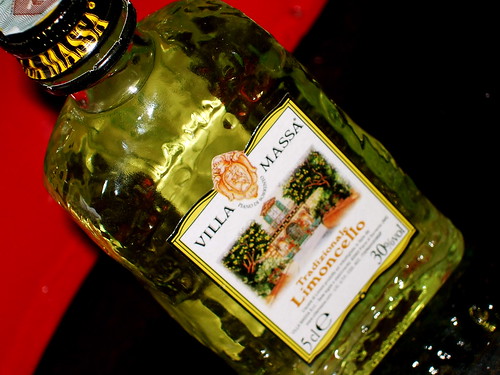 As for the marmalade, that was homemade, just not by me.  We bought some from a lady called June in Bacton, Norfolk while on holiday earlier in the month; she just sells it from her house – keeping it (along with other varieties) in a small wooden wheelbarrow at the end of her driveway next to a small ‘donations’ box for you to put the money in, very trusting. The marmalades, jams and chutney we bought from her are amazingly good, so worth the struggle to get them all home.

I really expected the genoise to be over sweet and somewhat sickly, but it wasn’t in the slightest, being instead moist, slightly sharp from the lemon and dark chocolate, grainy in texture and incredibly satisfying. The kind of cake you’d want to eat the whole of without sharing; if you were in a greedy frame of mind of course.

Mind you with a buttercream based on a cooked meringue how could it not be good? 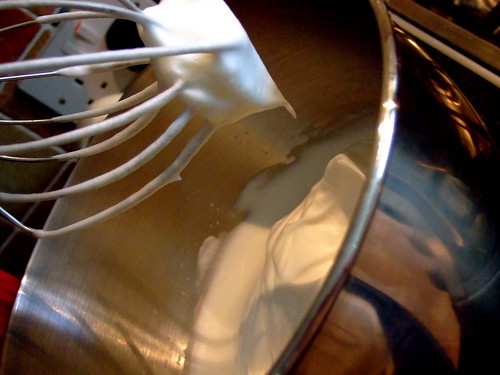 I’ve never come across a buttercream recipe like this, oh the shame of it, and it’s oh so very, very good. Light, airy and so good in mouthfeel. Not only that but it’s pretty quick, simple and easy to make and use in assembling the goodies.

As for the decoration, I’m quite pleased with myself. It’s the first time I’ve ever piped decoration onto a cake and I don’t reckon it looks so bad for a novice. Plenty of room for practice though, but we’ve all got to start somewhere. Doesn’t that mean the Daring Bakers are doing their job though? Pushing us to our limits and making us try new and sometimes tricky things? Sometimes we just need a shove in the right direction don’t we.

The cake went down a storm, a truly fantastic nutty extravaganza, definitely a true keeper of a recipe, although it was even better the following day, so much more full of flavour.

Judging by the state my kitchen was in during the production, something akin to looking like a whirlwind had just been through, it won’t be a weekly bake. 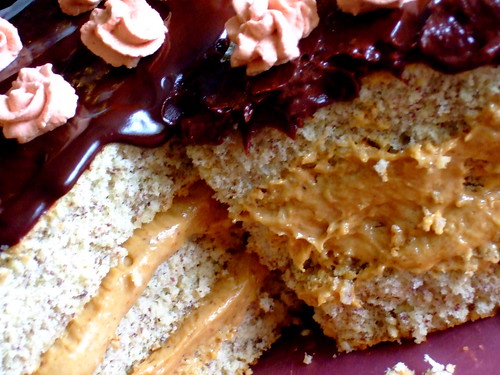 Now I can’t wait for my copy of the book to arrive so I can check out more of these yummy recipes!