You’re probably already rather sick of me going on and on about the lovely time I had recently on holiday and all the lovely produce I bought? Well if you are skip this post because the entire meal I’m about to describe came from, you’ve guessed it Norfolk.

Samphire & Bacon Quiche was the name of the game and it was scrumptious.  Very light but filling and perfect for a light summer evening meal.

Quiche is now thought of as a classic dish of French cuisine but it actually originated in Germany, in the medieval kingdom of Lothringen, which the French later renamed Lorraine, hence the classic Quiche Lorraine, of which there are now many variations and takes upon. I suppose the quiche I made is simply a variation on the quiche Lorraine theme too.

I love a good quiche, they’re such a delight to eat if made well. The crisp buttery pastry combined with a silky smooth creamy middle, ooh summer time bliss. This recipe I think makes the perfect quiche, and believe me I’ve been trying to find the perfect one for years. The flavourings can be altered as you wish, just be aware of the liquid content of the ingredients you choose.

Samphire is a wild edible plant that grows on estuarine mudflats. It has ‘suddenly’ appeared on restaurant menus around the country, because it’s just come into its short season (around mid-June until late August); after that, British samphire starts to develop inedible woody ‘skeletons’. And samphire is everything that food fashionistas hold dear: seasonal, British and relatively expensive (costing around £10 a kilo). The amount I brought back means I’m on a hunt for many samphire recipes, any ideas welcomed.

The bacon used was a beer & treacle cured variety which I bought from a lovely little butchers called Causeway Farm near Sea Palling; while at this great little shop I also bought the eggs (laid that morning) and the cream for the quiche, although at the time I didn’t really have quiche in mind.

I fried the bacon until really crisp and almost sticky, to enhance the treacle flavour held within, it worked. The bacon was sweet but salty, leaving the tastebuds tingling. It would be perfect for bacon sandwiches too, but it added a really flavoursome bite to the soft, creamy eggy mix. 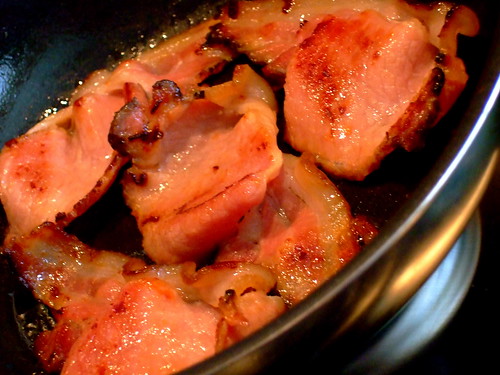 The quiche was topped with a good quantity of Norfolk Dapple cheese, a lovely ripe and firm cheddar style, great for a cheeseboard, sandwiches or melting, a perfect all rounder.

To enhance the flavour of the quiche I added some chopped chives and parsley from the garden and they just lifted the dish from something okay, to delicious. Isn’t it amazing what a few herbs can do? 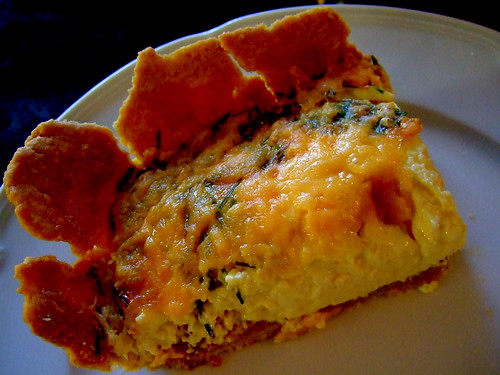 I served it with a simple salad and a couple of buttery new potatoes, what could be more apt than that?

Even the salad (with the exception of the baby spinach which came from my greenhouse) and potatoes came back with us from holidays, bought from a small roadside vendor on the road to Great Yarmouth. Now I don’t know if it’s just me who feels this way, but, isn’t it such a great feeling to buy fruit and vegetables this way? Somehow it feels very Mediterranean and full of foodie romance. 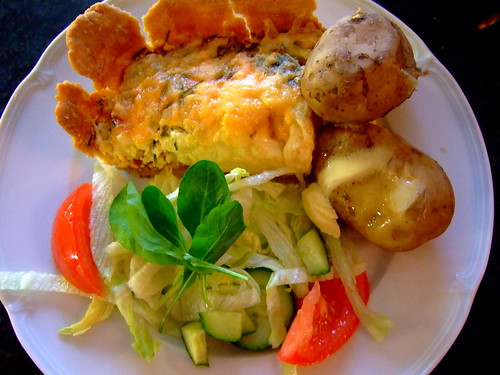