It’s challenge time again. This time a Violets Pantry challenge, set by the lovely Brenda, author of Tea and Wheaten Bread which is a stunning blog – fabulous recipes, photography and craic too; what more could you ask for? Please do check out the link, you won’t be disappointed.

It’s a while since I completed a Pantry challenge, so apologies to all those who set challenges I didn’t get round to completing, but the last few months have been rather busy and full to say the least.

Basically the challenges work like this – a forum member sets a list of three recipes, and from this one or more are chosen, cooked and blogged. This time the options were:

I went for the cake, well I love baking and really it’s too hot for stew at the moment, 30C in my back garden today.  I make wheaten bread a fair bit anyway and so thought it would be a good idea to test out a ‘summer time’ cake recipe I’d bookmarked but never made.

“Pound cake a cake of creamed type, is so named because the recipe calls for an equal weight of flour, butter, sugar, and eggs; in old recipes, a pound of each, making a large, rich cake…Pound cake has been favoured in both Britain and the USA for over two centuries. Recipes for it were already current early in the 19th century…The German Sandtorte is similar to pound cake; and a French cake, quatre quarts (four quarters), uses the same principles…”
The Oxford Companion To Food 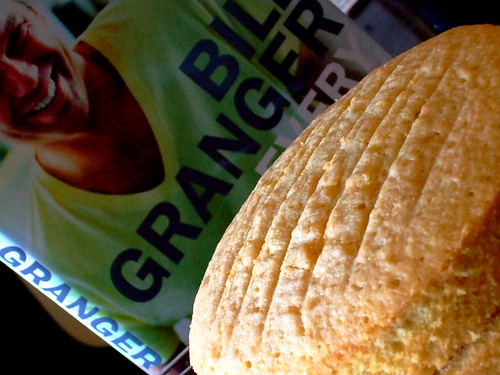 The recipe comes from Every Day

is a fabulous book full of stunning photography that just makes you want to get up and go to Sydney immediately, the recipes are pretty good too but I confess I’ve not cooked much from it; so maybe it doesn’t quite live up to the ‘Every Day’ of its title but even so that’s no bad thing.  Bill has a lovely way with words too, a great chatty style that makes you feel at ease with the recipe even if it is unfamiliar in style; a great skill in my opinion.

The original recipe states to bake the cake in a square baking pan but I decided to split the batter into two 18cm round sandwich tins, and then form a layered cake. I filled the cake with a layer of homemade tart lemon marmalade which offset the sweetness of the buttercream frosting. 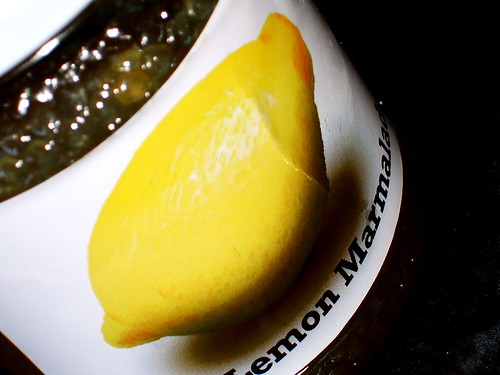 I didn’t have any lemons available so instead of adding the juice/zest as specified I added a couple of teaspoons of lemon oil instead, which worked just as well, if not a little better.

My original intention was to pipe golden flowers on top of a lemon hued buttercream, but, alas in my impatience to get the job done in a flash I didn’t wait for the buttercream to firm up enough to pipe and I ended up with it running over the top of the cake instead. To rectify the problem I decided to spread the golden icing over the other and blend the two colours to give a two tone iced cake. Then I finished off with a few sugar paste flowers. 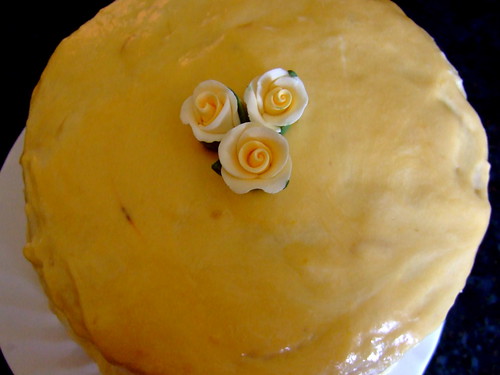 The cake is delightfully tangy with a sweetness coming from the frosting, this quality along with it being a lovely moist cake makes it great for both an afternoon treat with a good cup of tea or for an after dinner treat. 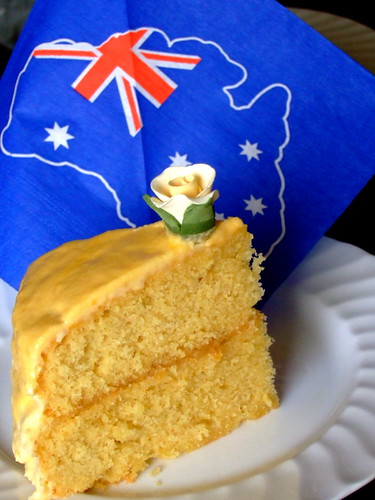