When the next Violets Pantry challenge came around I was filled with excitement as it was to be set by the lovely Francesca.  I was expecting to see a list of Israeli food, two out of the three were (shakshouka and a fennel & pistachio salad), but for some reason I went for the outsider, the Sachertorte. Actually I know why I chose the sachertorte – I’ve been in a baking mood for what feels like ages now and I wanted to make the most of it on my days off.  I will certainly make the other two dishes an other time.

Sachertorte is a cake consisting of two layers of dense, not overly sweet chocolate cake (traditionally a sponge cake) with a thin layer of apricot jam in the middle and dark chocolate icing with shreds of chocolate on the top and sides. It is traditionally served with whipped cream, as most Viennese consider the Sachertorte too “dry” to be eaten on its own.

The trademark for the “Original Sachertorte” was registered by the Hotel Sacher, which was built in 1876 by the son of Franz Sacher. The recipe is a well-kept secret. Until 1965, Hotel Sacher was involved in a long legal battle with the pastry shop Demel, who had also produced a cake called the “Original Sachertorte.” Numerous tales have circulated to explain how Demel came by the recipe. The cake at Demel is now called “Demels Sachertorte” and differs from the “Original” in that there is no layer of apricot jam in the middle of the cake, but directly underneath the chocolate cover.

In this respect the recipe Francesca chose is actually a Demels Sachertorte, because it is only a single layer cake with the apricot jam spread below the chocolate. It comes from the wonderful Green and Black’s Chocolate Recipes: From the Cacao Pod to Muffins, Mousses and Moles 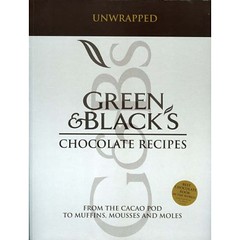 The cake was a delight to make, and unless you count the washing up created, easy and totally stress free. 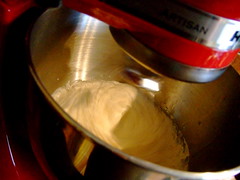 You begin by whisking egg yolks and sugar together until very pale and fluffy.  I suppose this could be done by hand but it certainly is easier done in an electric freestanding mixer.  Just perfect for my favourite kitchen toy … the ruby red kitchen aid.  Every time I use this machine it makes me smile

Even so, it takes a good 3-5 minutes of whisking to get to the stage you need. 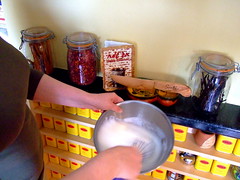 Next is to whip up your egg whites, I did this by hand and it was easy enough but there is no reason for you not to use a electric whisk.  I generally like to whisk egg whites by hand though, so as I get a feel for what stage they’re at.

Please note in the background of the photo to your left, the lovely Passover card sent to me by Francesca. Yes I know Passover has finished but I don’t want to take it down just yet, it looks too nice sat on my spice unit.

As none of my family are too keen on coffee cakes (and coffee is called for her) I decided to use a flavoured coffee.  Amaretto to boost the almond flavour, already present because of the large quantity of ground almonds in the cake. 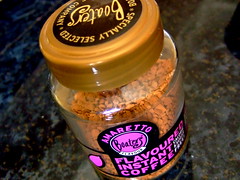 Then all you do is combine all the ingredients and bake in a moderate oven for around 50-60 minutes, leave to cool then ice. 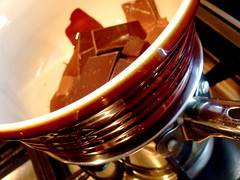 The icing couldn’t be simpler, melted chocolate and butter just poured over the cake (which has previously been spread with melted & sieved apricot jam) and allow to cover the cake in a free form manner.  A few touch ups may be needed but that is all.

The original recipe calls for “Sachertorte” to be iced in scroll writing across the cake, well my icing skills are nowhere near up to that.

So I thought I’d mix the remains of the chocolate with a little double cream (also just to use it up) and test out my new toy, a cookie press come icing set, but the results were disastrous. I think that is because you get no feel for the icing as it comes through, as you would with a traditional bag and nozzle but hey, it was worth a go.  Due to that I just decided to spread the chocolate cream around the edge of the cake, but then it looked like it was missing something.

I began to panic at the thought of ruining the cake purely for the sake of me wanting to use that icer, arrgh, what to do? The thought flashed through my mind – berries! So I put a few little frozen raspberries in the centre of the cake and it immediately looked finished, and rather good really, even if I do say so myself. 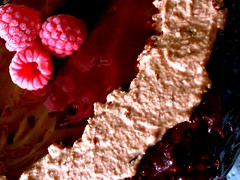 With the ground almonds this cake would be a great keeper, probably for a week or more, but I’d challenge you manage it to last that long.  This has to be any chocoholics dream – deep, rich, slightly damp and did I mention chocolaty?