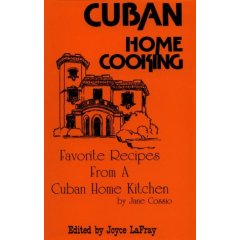 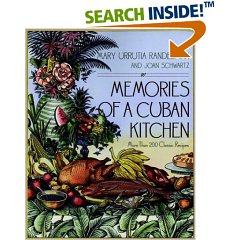 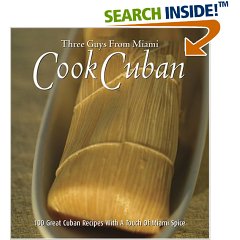 Having received three Cuban cookbooks as part of my birthday present I just had to get cooking straight away.

Picadillo is a traditional dish in many Latin American countries; it’s made with minced meat, tomatoes, and regional ingredients. The Cuban version includes olives and on occasion capers, omits chili powder, and is usually served with black beans and rice.

I was always under the impression that picadillio was the national dish of Cuba but I was wrong, it is actually rice and beans. Something for me to try another night, as I didn’t have the ingredients to hand to cook black beans today.

To try bring a little tradition to the meal, albeit in a rather unconventional way  I add a tin of kidney beans to the picadillo.  I found this very tasty and a good way of bulking out the dish without adding extra minced beef.  I do prefer to add extra vegetables or pulses to a meal than meat as they are easier to digest and better for you.

The picadillo was very gently spiced and fragrant, not at all spicy which I found surprising as I imagined cuban food to have a bit of kick to it, in a similar way to Mexican food, but wonderfully delicious, warming and comforting all the same. Cuban nursery food at its best I reckon.

As Jorge states in the book Picadillo will never be considered a gourmet dish but it should be, classic dishes like this should be celebrated not pushed to the back of the queue as they often are.

I served the picadillo with a little sour cream and plain boiled long grain white rice on the side. I don’t really think the sour cream was essential especially because of the lack of chili in the meal, but it added a nice dimension but then again I think I’d put sour cream on most things. 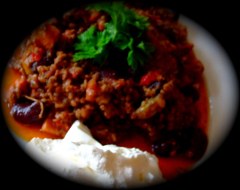 The recipe I used came from Three Guys From Miami Cook Cuban (Glenn M. Lindgren, Raul Musibay & Jorge Castillo) which is a fantastic insight into Cuban food capturing the essence and spirit of Cuban cuisine.