Inspired by Eva and Linda I decided to support the Colour Orange Campaign by discussing it here on my blog.

The Colour Orange Campaign was initiated by Danish sculptor Jens Galschiot and aims to highlight the violations of the human rights in China on the occasion of the Olympic Games in Beijing August 2008. They are aiming to show disatisfaction about the current violations of rights in China by the use of orange – be it food, clothing, a camera case, anything really.  Athletes competing at the Olympic Games are apparently having to sign a waiver to prevent them discussing Chinas political situation, basically the removal of their right to free speech. Amnesty International are also backing this campaign.

It does seem rather insignificant for me to sit here in the comfort of my own home, take photos of cooking, but, having had my attention drawn to this campaign through other blogs and having spoken with a number of people about it; that is the way these things work I guess and if it generates interest and informed discussion, then it is worthwhile. 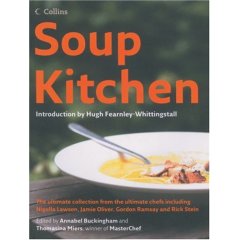 I decided to cook a bright orange soup, from another of my new books – Soup Kitchen

The book is fabulous, full of soup recipes for every situation imaginable and for all seasons. The royalties from this book are given to charities for the homeless too which is a bonus.

The soup was stunning. Velvety in texture with a rich creaminess.  I used butternut squash instead of pumpkin and it worked perfectly well  It’s a very sweet soup but the roasted garlic really cut through that well, giving a slightly spicy bitterness, a wonderful addition.

Even my mum enjoyed the soup and she only eats soups under duress, lol.

I have a real thing about how nutritious and comforting a bowl of soup can be and do ensure that we eat it around once a month at least. 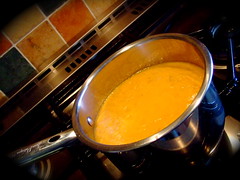 I’ll certainly be making this soup again and soon. 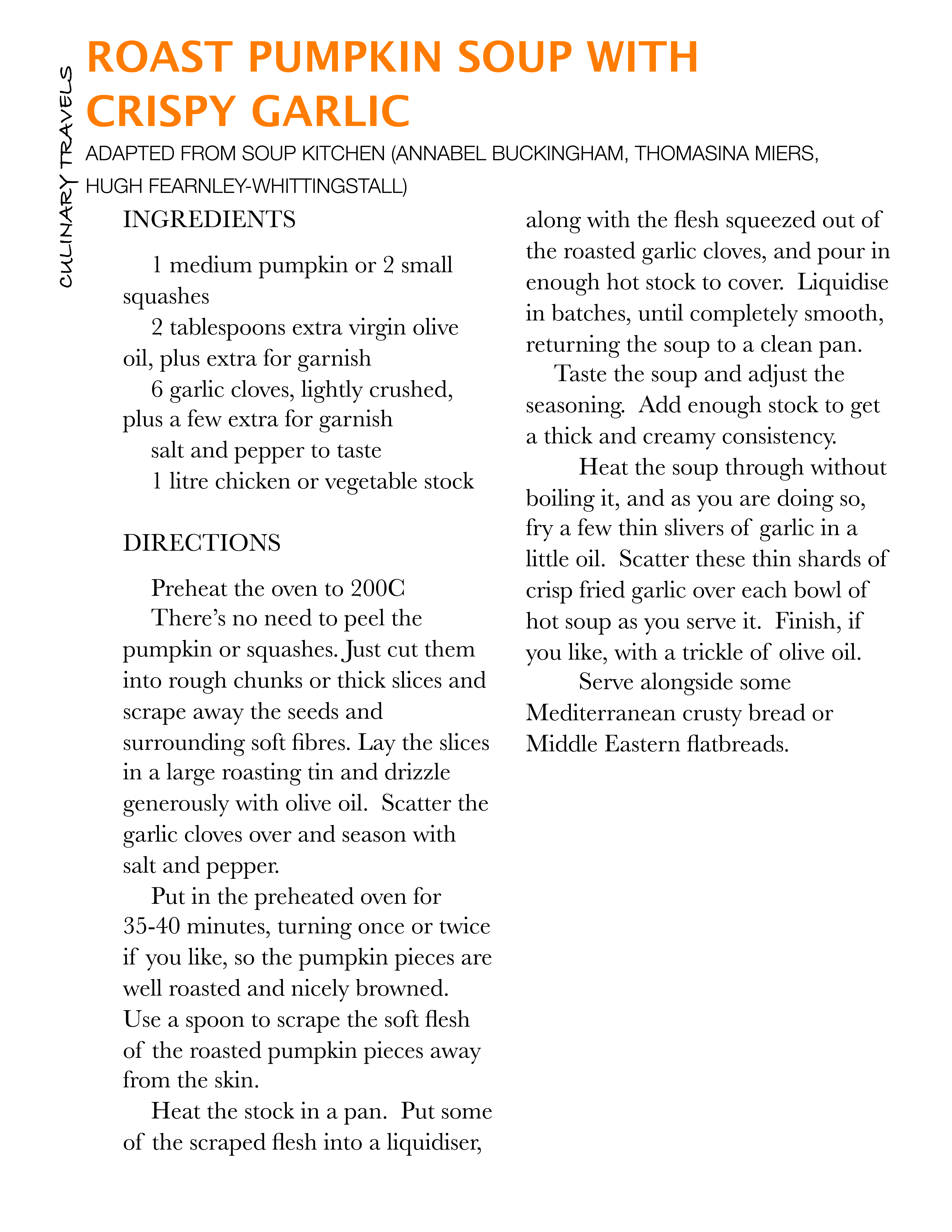