by Tarek Malouf.  It’s a stunner of a book, with recipes taken from the bakery of the same name, but much smaller than I anticipated having only 144 pages, not that I’m complaining. On first glance it appears that there is nothing special about the book other than the layout and photography, the recipes are mostly those found in hundreds of other baking books but somehow they are more appealing here, they have a “you must bake me” feel to them and just how can you argue with a book like that? 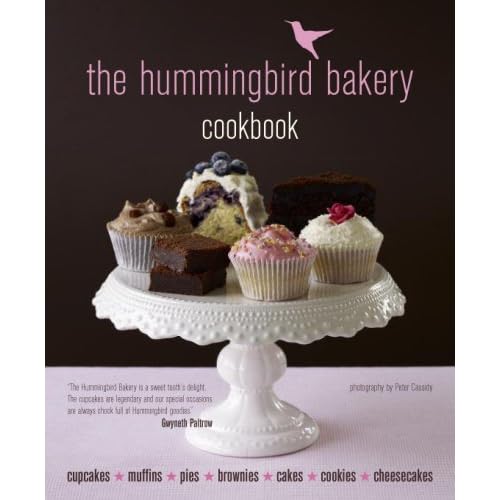 What to make first? Oh what a tricky question when all are so inviting and tempting. The decision was really made for me, having had requests for a banana bread to be made and seeing three overly ripe (almost black) bananas sitting in the fruit bowl, how could I not plum for the banana bread? Obviously I couldn’t.

It helped that the cake was ultra quick to prepare, what with the weather getting nice I want to make the most of it and it only seems fair to let my Irish Setter Murphy spend as much time outside as I can as he loves it so, however, he’s a little bit of a handful to say the least and so cannot be left unsupervised. Not that you’d guess that from the photo below of course. 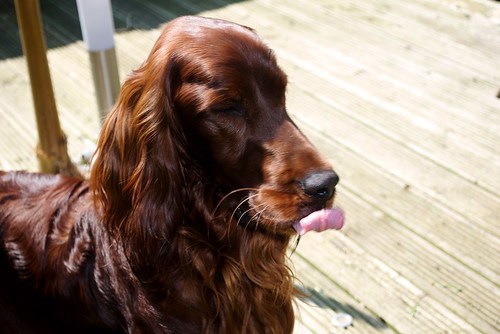 As Malouf suggests I swapped the specified light brown soft sugar for light muscovado, I’d have to have done that anyway though as I only buy Muscovado sugar (not the regular ‘brown’ sort). Muscovado sugar has a much better flavour than regular brown sugar which in many cases has chemical caramel colourants added to it; check your labels closely!

I also added a drizzle (about 40ml) of brazil nut oil (which I’d bought in the January sales but was yet to open) to the mix and in view of that reduced the butter volume accordingly – see adapted recipe below. Brazil nut oil is yellow to pale yellow mobile fixed oil with a characteristic odour. It is rich in both vitamins A and E and protein. Brazil nut oil is quite hard to come by (well it is in this part of the world at least) so any other nut oil could be substituted here, walnut would be a good choice; or just up the butter to 140g for a nut free version.

The smell wafting from the oven as the cake baked was enough to make my mouth water, I just couldn’t bring myself to put the extractor fan on, I had to trap this smell, under no circumstances should I aid its escape. The smell reminded me very much of holidays in America, it seemed banana bread was to be served in every Floridian restaurant or diner we ate in and for years I’ve tried and failed to match up to anything that good; well folks the Hummingbird version clinches it. 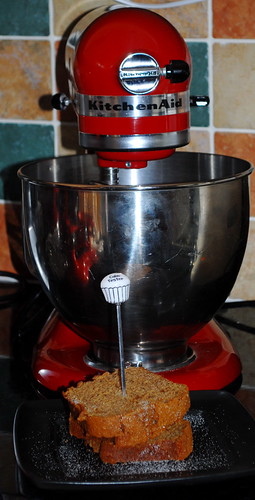 Dark, moist and sticky with a sweet spiciness is just about the only way I can think to sum this cake/bread up.  Last evening we ate some with our after dinner espresso as a pudding and yet this morning I buttered some and ate it that way for breakfast; it really is an all round cake, suitable for all occasions.

It certainly is no surprise that this cake sells extremely well at the bakery, it really is glorious. 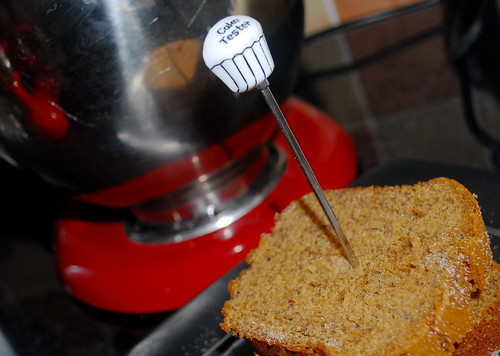