The April 2009 challenge is hosted by Jenny from Jenny Bakes. She has chosen Abbey’s Infamous Cheesecake as the challenge.

April Challenge? Well it can mean only one thing, Daring Bakers time again!

What a lovely challenge we had: Cheesecake! The difference here was that we had free reign, given a basic recipe for a baked cheesecake and then let loose with only our imagination to limit us (oh and that funny little notion of time, cost and availability too).

The real challenge this month is to take this basic recipe and play with it. Make it unique. Make a showstopper of a dessert. Add flavor, sauces, decorations – dress it up and show it off. To be clear, I’m allowing for almost any flavor modification within the basic recipe (alcohol, lemon juice, vanilla), changes for dietary needs, and you can also experiment with the crust (graham crackers not essential). And then what you do on top – you have free reign here.

I just love cheesecakes (baked or unbaked) and over the years have made many of them, from simple affairs to the more complex creations, but I do prefer a simpler version myself. With this in mind I set about devising my dish, I wanted something relatively simple in flavour but attractive

I started my action plan with the base, Graham crackers simply weren’t an option for me due to lack of availability and I desperately wanted something different to a digestive biscuit base – the common biscuit for all cheesecakes in the UK or so it seems; reliable but just that little bit boring. What about chocolate? Good idea but how? What about using cookies as the base but without crumbling them into melted butter to form a traditional base? What would work well? Crumbly or chewy? Sweet or slightly savoury? In the end I decided on World Peace Cookies, a truly amazing cookie however you look at it – chewy but with a delectable crumble, sweet but salty with a deep chocolate bitterness too and above all that studded with chunks of gorgeous chocolate, which when served at room temperature remains slightly molten and oozy. 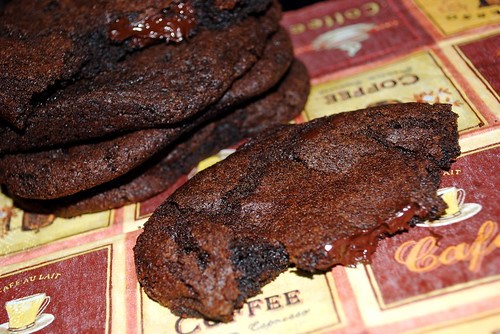 A natural train of thought then just took over, and I began to scribble notes in a furious fashion.  Salty chocolate cookie = need for individual creamy gently cheesecakes, caramel sauce or and chocolate sauce, to compliment and for presentation, salty caramel toffees; and so a dish was born. 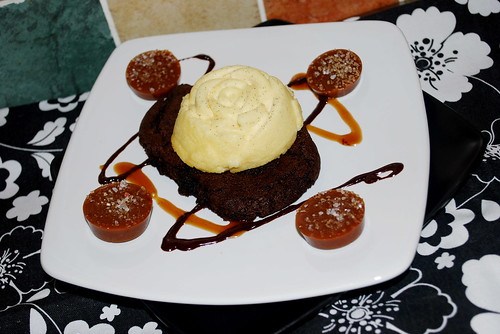 So to break it down a bit, here’s what I did.

The cheesecakes were flavoured simply with vanilla, scraped from two pods. The pods I buy come via my organic vegetable supplier and are shipped from Uganda. The vanilla is grown by a small women’s cooperative and because of Riverford’s no airfreighting policy is driven through Kenya to Mombasa before being shipped to the UK. The vanilla orchid is a climber needing a supporting trellis and partial shade provided by a cover crop of papaya or bananas. Each flower must be hand pollinated to produce a bean which is picked about 9 months later. Growing is only half the job; the beans are then cured using a three-month process of alternate sunning and sweating in a woollen blanket. It is this long process of producing useable pods that results in vanilla being the second most expensive spice to buy after saffron.

I decided to make the cheesecakes in a decorative mould, a rose shaped muffin pan which my lovely Israeli friend Francesca had sent me a while ago, it worked delightfully well although it is essential to let the cakes cool down completely before very gently unfolding them. The addition of the vanilla seeds gave a lovely speckled appearance which worked well against the deep, dark biscuits.

The cheesecake was baked very slowly in a bain marie which (despite it’s lack of a biscuit base) helped it keep a wonderfully soft, luscious textured, almost mousse like  belly, which remained to have a slight wobble as it was forked up.

The caramels were slightly time consuming and required constant watching but were easy enough to do.  I used a recipe from a previous Daring Bakers challenge but this time instead of allowing free form shapes to be used I set the caramels in a silicone mini cake mould. When they were nearly cool I studded them with pink salt and a sugar crystals. There is something very addictive about sweet but salty caramels, it didn’t take long for them all to be devoured at all.

For the finishing touch, the sauces! The caramel one is from Ottolenghi: The Cookbook

(Yotam Ottolenghi and Sam Tamimi), the recipe can be found here and the chocolate sauce recipe can be found here. Both were utterly delicious, but don’t do what I did – refridgerate them and then forget to get them out ready for dessert, solid sauce anyone? Once back to a runny consistancy they really highlighted the flavours of the dish and brought the dessert together well. To draw the squiggly presentation lines I used squeezy bottles, a God send to the home or professional kitchen. 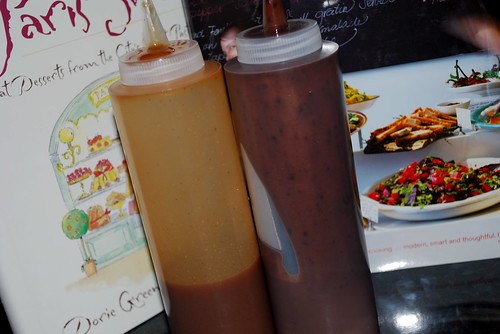 We all loved the dessert, and the ultimate compliment: I’d be willing to pay for a dessert like that, and, if it was a restaurant I’d be rebooking right now. A blushing me was very happy indeed. 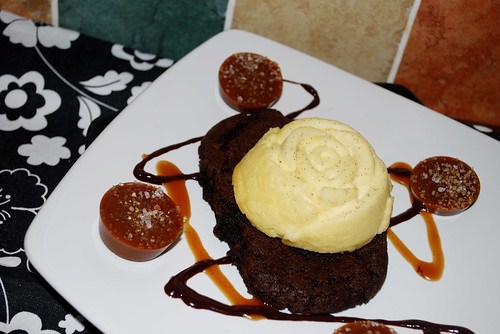 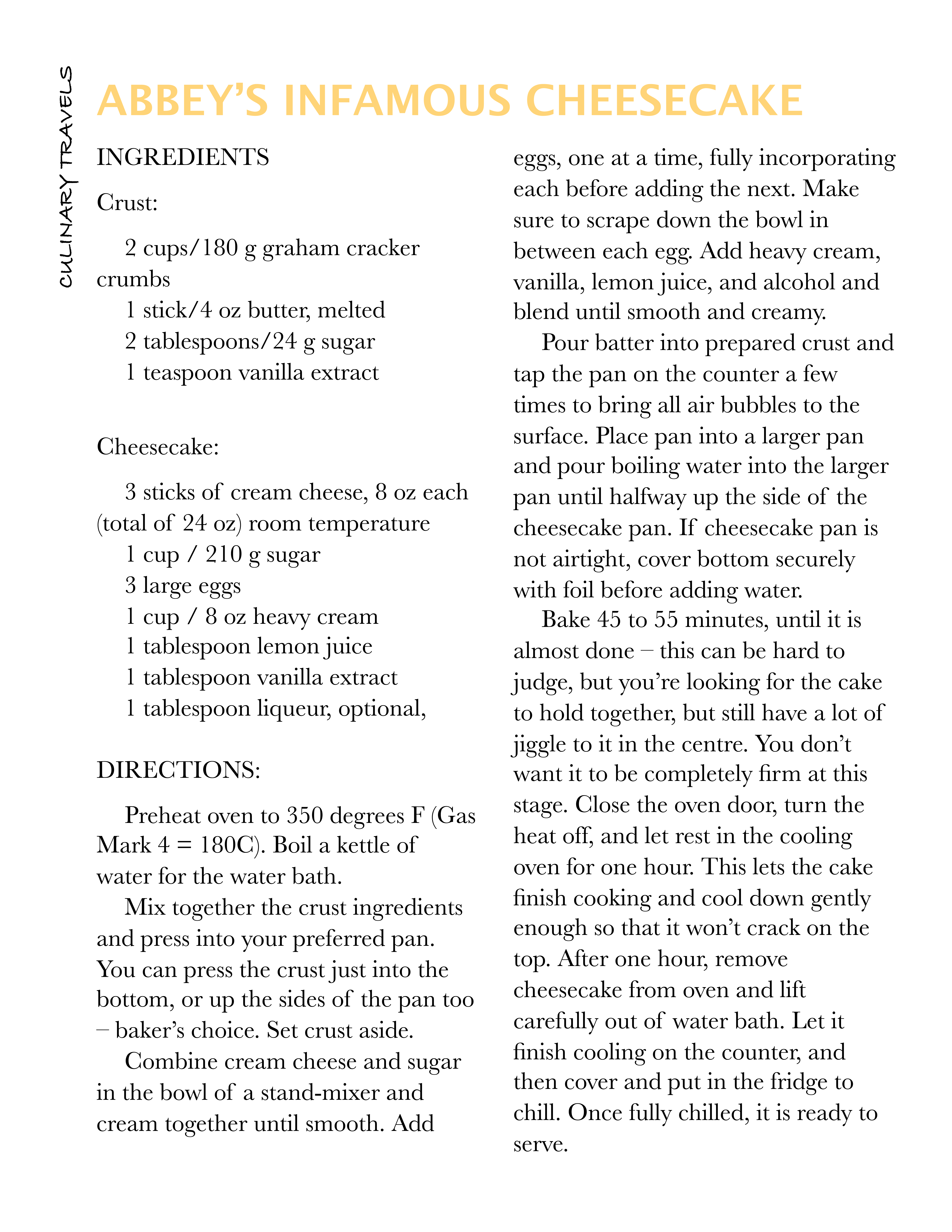