With the sun shining and summer warmth beginning to creep into our days what could be better for dessert than cheesecake? With their fresh and fragrant vibrancy a cheesecake can scream of summertime, or at least they do to me. 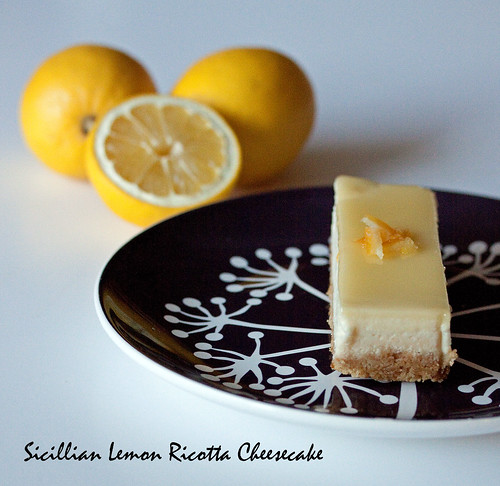 The first recorded mention of cheesecakes is believed to have been during an ancient Grecian Olympic Games, and an ancient Roman politician, Marcus Porcius Cato (a.k.a Cato the Elder or Cato the Censor) 234BC – 149BC wrote about preparing cheesecakes in his 160BC farming manual – “De agri cultura”. Perhaps ironically, though, he is also remembered for his stringent regulations against luxury.

I just love cheesecakes (baked or unbaked) and over the years have made many of them, from simple affairs to the more complex creations, but I do prefer a simpler version myself, with lemon being my favourite flavouring.

My longing for cheesecake was sparked by reading this lovely blog post by Oliver Thring about ricotta. Oliver is right of course, ricotta is a proverbial revelation, it is also one of the easiest cheeses to make at home as I discovered some time back.

A word about ricotta cheesecakes: they are delicious, but don’t expect them to taste like your typical cream cheese based cheesecake. They’re a different breed. Not dense and creamy, but lighter and fluffier, with more texture from the ricotta.

Although I named the cheesecake Sicilian Lemon I didn’t actually (knowingly) use Sicilian lemons, they just came in my organic delivery box, but I felt Sicilian Lemon shrieked even more of sunnier climes and summer heat than just plain old ‘lemon cheesecake’. 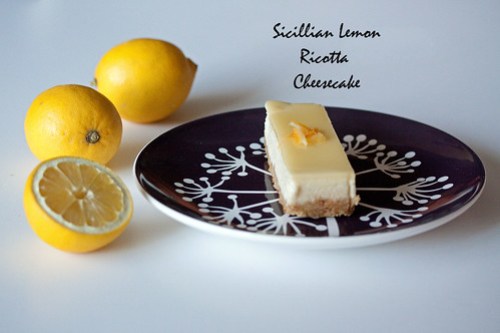