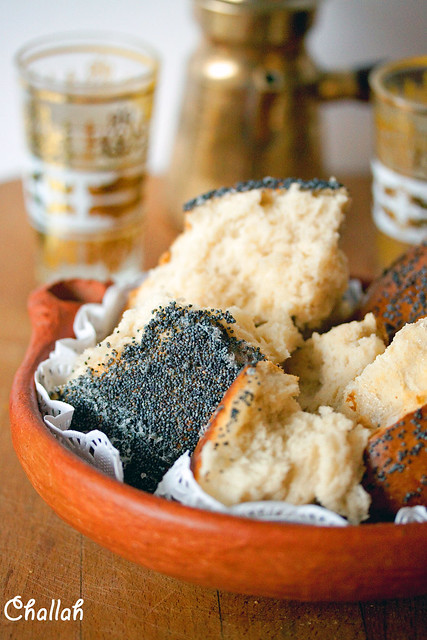 Challah is a soft sweet-smelling bread and is the ultimate symbol of Shabbat. It is also present at all Jewish holidays (with the exception of Passover).

Technically, the word ‘Challah’ isn’t the name of the bread at all. The ‘Challah’ is a small olive sized piece of dough which is separated from the rest of the dough before baking. This is baked and then burnt (representing the destruction of the Temple) and thrown away after a special prayer is said. The whole concept of when/how the challah dough should be separated is rather complex and would probably take a whole post to discuss, hence, I’ll just guide you to click this link to read more if you so wish.

There are as many recipes of Challah as there are Jewish cooks and cookbooks. Some delicious varieties include challah with raisins, citrus flavoured challah (recipe in Jana Gur’s seminal text The Book of New Israeli Food a Culinary Journey) and oatmeal challah.

Different ethnic traditions call for differences in the recipes. One distinct addition is sprinkling sesame seeds or poppy seeds on the top of the bread before baking (usually after an egg wash, to help the seeds stick). This is supposed to represent the manna which God gave the Israelites to eat while they wandered in the desert.

The loaf is usually braided, but on certain holidays it may be made in other shapes. For example, on Rosh Hashanah, it is traditional to serve round challah (the circle symbolizing the cycle of life, the cycle of the years).

I confess I just made the challah in a freeform loaf shape, although, next time I will braid the dough. Oh, and, challah is great formed into bread buns for burgers. Slightly smokey chargrilled burgers encased in sweet, egg rich bread is a heavenly combination.

The recipe in The Secret of Challah just stated flour. I made the decision to go with bread flour but  half bread flour to half plain flour would work well too I think. The original recipe is for huge quantities and in American cup measures so I did a bit of adapting to get one large loaf and metric weights.

I am entering this bread to Bready, Steady, Go which is run by Michelle from Utterly Scrummy Food For Families and Lucy from Baking Queen 74. 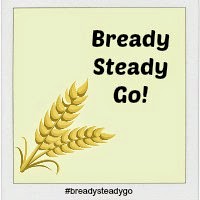 If you like making bread I urge you to try this. It’s simple to make, versatile and the results are just delicious. It also makes exceptionally good pain perdu; and, as if that isn’t enough to get you running into your kitchens? 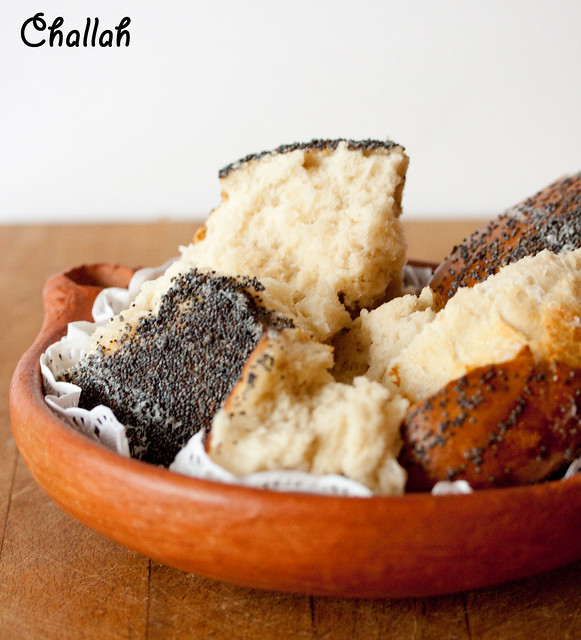 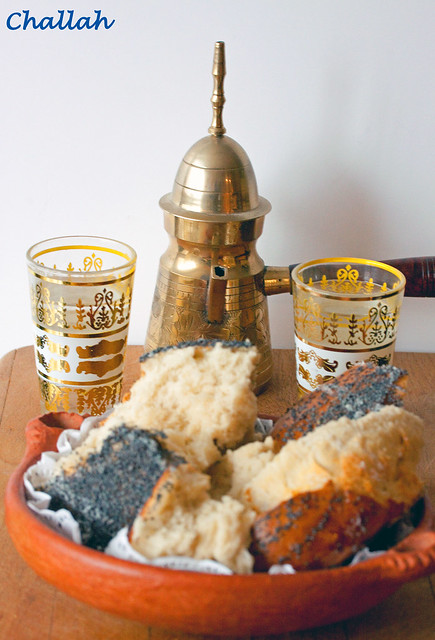 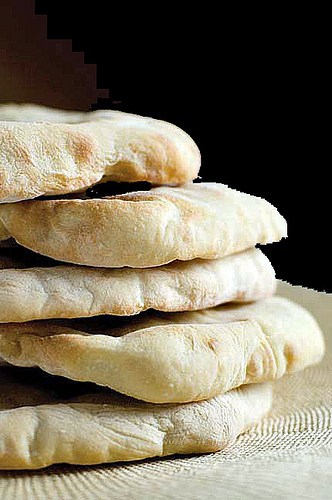 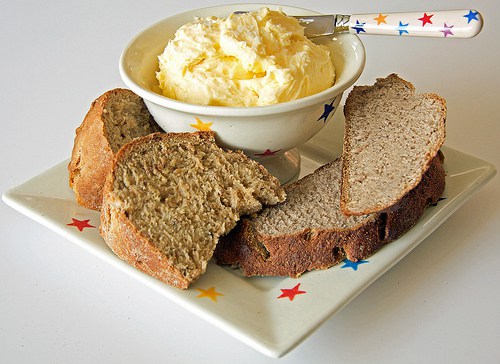 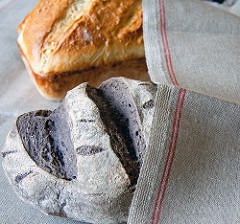 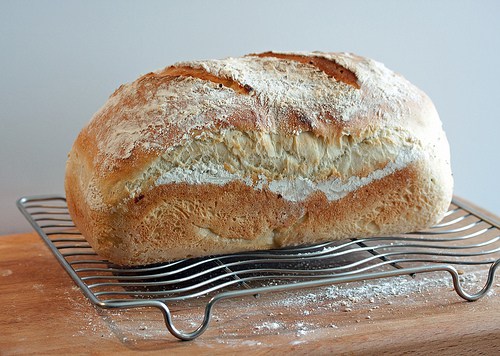