Millionaire’s Shortbread, is also known as Wellington Square and according to Darina Allen, Protestant Cake. Whatever you call it, it is a firm favourite of mine.

Biting into one of these delectable bars is like enjoying both a cookie and a chocolate bar at the same time, I suppose they’re a bit like the home made version of a Twix. 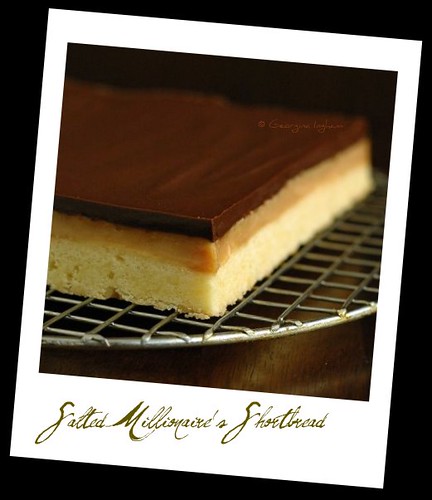 Millionaire’s shortbread is a mix of refinement and indulgence, but it’s one of those things people tend to buy rather than make.

Having a recipe means you can push the envelope with the different elements. After all, fresh shortbread is delicious, and you can make the caramel-and-chocolate layers as thick or thin as you wish. Eat as a biscuit with tea, or serve as a dessert with ice cream.

You can either make your own caramel or  do as I’ve done here and take the easy option of reheating a jar of dulce de leche.

Adding a bit of salt to something outrageously sweet makes it incredibly addictive. Nigella Lawson once claimed her favourite indulgence was a chocolate bar in one hand and a packet of crisps in the other.

In this bake I’ve used salted butter in the base and added a little sea salt to the caramel. The brackish hit is subtle but alluring.

The shortbread keeps for up to a week in the fridge. It actually tastes better after a day or two, so make it in advance if you’re expecting guests. 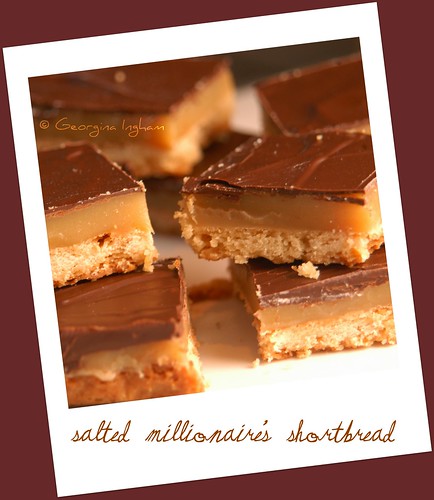